A report by Philip Dunne MP, “Growing the Contribution of Defence to UK Prosperity”, published in July this year, highlights the principal contributions made by Defence to UK national life, economic growth, people, innovation and place.

Those five elements are the foundations of productivity that the Industrial Strategy considers measures of our nation’s prosperity.

The Secretary of State needed to not only measure Defence’s current contribution to UK prosperity, but also seek recommendations on how Defence can help grow the nation’s prosperity, after the Strategic Defence and Security Review of 2015 introduced a new National Security objective: to promote our prosperity. 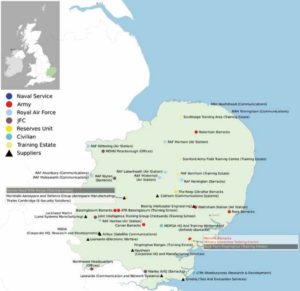 Industry in East Anglia emerges as a strong contributor, as contracts with MBDA (p.20) and Raytheon UK (p.21) are showcased as examples of Defence’s contribution to UK’s prosperity. Marshall in Cambridgeshire is highlighted as an example of Defence’s investment in People and their capabilities (p.30), along with the Cambridge Launchpad promoting STEM careers in schools.

The RFCA Employer Engagement work is heralded on page 34 as an indicator of how much organisations value the Armed Forces and the skills reservists and veterans bring to the workplace.

The latest research showed that 90% of employers surveyed believe Reservists are an asset to the UK’s workforce and 91% believe that employers can benefit from the skills and experience that Reservists bring. 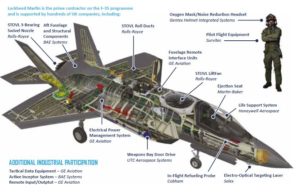 In innovation our region is also featured, with Leonardo Electronics’ Luton office credited for the development of BriteCloud (p.38). the F-35 is featured on p.47 as another example of a Defence investment that’s boosting the prosperity of hundreds of UK companies.

The Annex on page 78 summarises East Anglia’s contribution to Defence’s national contribution to UK prosperity. The region is hailed for the RAF Marham basing of the new F-35B fighter jet, and also for the companies developing leading electronics, space and missile technologies in our counties. 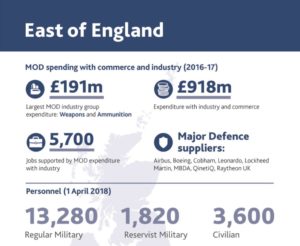 The contribution of the Cadet programme is sadly not as prevalent in the report as the Reserve Forces and Cadet Associations might have hoped.

This may be a result of a lack of widespread knowledge that the investment of Defence into young people results in improved physical and mental well-being, increased civic responsibility and more developed skills for life and work.

Should Defence seek to take greater credit for the benefits to the UK’s prosperity brought about by 27,740 adult instructors and 127,190 Cadets currently in uniformed youth organisations, and a heritage tracing back over 100 years?

The report, containing a total of 41 recommendations for growing UK prosperity, will inform the Secretary of State’s Modernising Defence Programme, helping our nation to meet the challenges of the future. 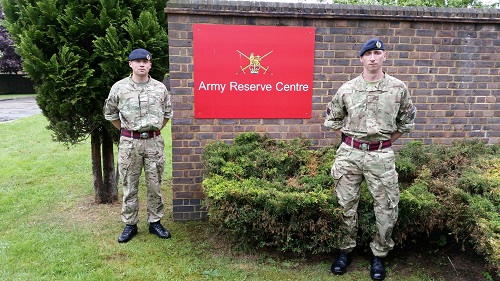