In July 2013, the Government announced that it would be making changes to the structure of the Reserve Forces, set out in the White Paper ‘Reserves in the Future Force 2020: Valuable and Valued’.

There are many changes outlined in the White Paper which are being implemented under the Future Reserves 2020 Programme. Most of these do not require changes to legislation but some do and are contained within Part 3 of the Defence Reform Act. The Department is planning to formally bring the changes to legislation into law when it commences Part 3 of the Act on 1 October 2014.

What are the changes?

The changes introduced by the new legislation are:

a) The Territorial Army will be formally renamed the Army Reserve and the Army’s ex-regular reserve force will be renamed the Regular Reserve. The Army Reserve name change is already underway: for example, signs outside Army Reserve Centres. However, where the name is of legal importance i.e. on commissioning scrolls, the change cannot occur until the new legislation is commenced. But wherever possible the name Army Reserve should be being used already. 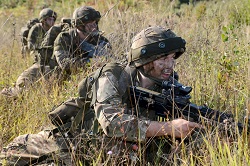 b) There will no longer be any restrictions on the purposes for which Reservists can be mobilised, which will enable them to play a greater role within defence. Previously, they could only be called out if national danger was imminent; warlike operations were in preparation or progress; for the protection or life or property or for urgent work of national importance. Reservists will now be able to be called out for any purpose for which full-time personnel can be used. They could therefore be used for a much broader range of defence roles such as: defence engagement; conflict prevention or; homeland security work. In addition, the period for which Reservists can be mobilised will be extended from nine to twelve months, to include pre-deployment training, the deployment and then post-deployment activities.

c) Defence will be able to make additional payments to employers. The intention is that such payments may encourage people to employ reservists (or to carry on business in partnership with reservists). The final detail of the payments will be set out in regulations which are being finalised. The intent is that the payments will be made to employers in Small and Medium-sized enterprises, as well as charities, for each month that a reservist employed by them is mobilised, with such payments being up to £500 per month. 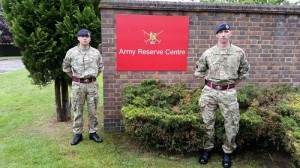 d) Reservists will also be better protected within the civilian workplace as they will be allowed a right of access, without the usual two year qualifying period of employment, to an Employment Tribunal for cases of unfair dismissal. This exemption will apply when the Reservist believes the reason, or the primary reason for their dismissal is because they are a Reservist.

e) Recognising the importance of external scrutiny, the Reserve Forces and Cadets Associations (RFCAs) will be asked to produce an annual report on the Reserves, focusing on capability and also including serving and former Reservists’ mental welfare.

For information on the wider changes being made to the Reserve Forces, the White Paper can be found on this link.