How does East Anglia RFCA support the Reserve Forces?

Within the Reserve Forces, we’re known primarily for our work in Estates.

We manage and maintain the Army Reserve Centres in the region. There are 14 of those, and our experience in Estate and Facilities Management is vast, since we also count a 150+ Cadet sites among our Estate. We are responsible for these Reserve and Cadet Centres on behalf of the Minister of State.

Our service includes all essential maintenance and repair, lease negotiations and assessments, as well as health and safety compliance audits. We have designed and project managed multi-million pound rebuilds and full refurbishments of both Reserve and Cadet locations.

Our funding is issued annually to carry out this task, and it was recognised by the 2016 External Scrutiny Team report that over the previous decade, funding reductions have meant that the Reserve estate is maintained to no more than mandatory compliance standards; almost no preventative maintenance is funded. In SDSR 2015, the government set out its intention to dispose of 30% of the built Defence estate; while this is likely to affect the Reserve estate, no plans are expected to be confirmed until queries about the reduction of the Regular estate have been resolved.

The 2014 Review of the RFCAs, affectionately known as the Paterson report after its author Air Vice-Marshal Ross Paterson CB OBE, indicated that the RFCAs are not well known or understood by the majority of the Armed Forces and we need to work harder to promote ourselves, our role and the wider benefits we can offer to Defence. Subsequently, the RFCAs were reviewed again in 2019, thought the full report has yet to be published.

We also support Reservists, military spouses, veterans and their employers on behalf of the Ministry of Defence in the region.

Support from employers across the public and private sectors remains key to the success of the Reserves agenda. The RFCAs, on behalf of the Ministry of Defence, continue to work with employers to promote the Armed Forces Covenant and raise awareness of the benefits of employing Reservists in particular.

As part of the Future Reserve 2020 plans, the Ministry of Defence is planning legislation to protect members of the Reserve Forces from discrimination in the workplace. Reservists are now able to report instances of where they feel they have been disadvantaged as a direct result of their service by visiting this web-based portal.

Our Employer Engagement team, led by the Regional Employer Engagement Director, raises awareness amongst employers of the Armed Forces Covenant. The team, supported by county committees of RFCA members with the necessary skills and experience, encourages individual employers to support the Reserves by signing the Armed Forces Covenant and demonstrating supportive behaviour towards Reservists in their workplaces.

On behalf of the Ministry of Defence, we also organise events to recognise employers that have excelled in demonstrating their support to Reservists and non-serving Defence personnel, such as veterans, cadet instructors and military spouses. These are Employer Recognition Scheme Silver awards ceremonies, held annually in each of the nation’s RFCA regions.

In our capacity as advisers to the Defence Council, we are knowledgeable about the Reserve Forces in our region.

We maintain strong links with the Chains of Command through regular reporting and coordinated activity, and while the Armed Forces, Regular and Reserves at all levels, may encounter a high turnover of staff every now and then, the RFCA provides continuity in the form of knowledge, experience and connections in the region.

Our Association governance provides the framework to nurture good relationships with all the Reserve Forces units in the region. Our county forums, made up of representatives from each unit training in the county as well as selected military, ex-officio and community representatives, meet bi-annually to table issues and ideas for the well-being of the Reservists in our region. 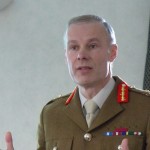 In recent years, the role of the Reserve Forces has transformed dramatically following the downsizing of all three Services in the 1990s and the increased operational activity overseas since 2001. The requirement for a highly skilled, professional Reserve Force to augment their full time counterparts has become of the utmost importance in order to maintain an effective National Defence.