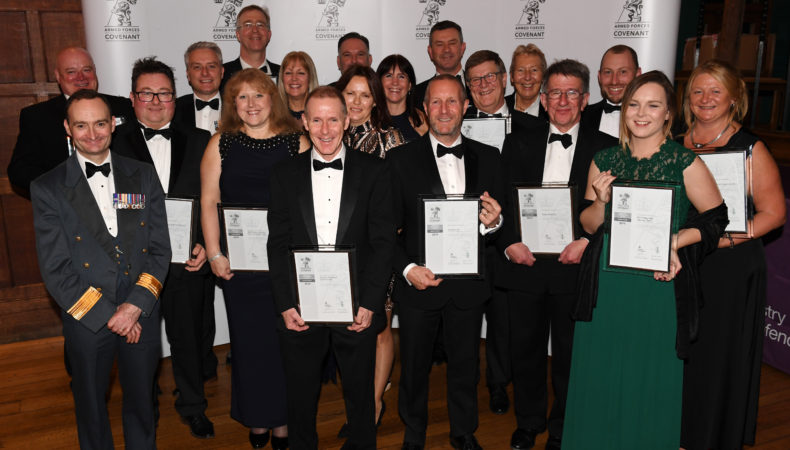 The Ministry of Defence launched the Employer Recognition Scheme (ERS) in July 2014 to reward and recognise UK employers for their support and commitment towards Defence.

The Employer Recognition Scheme (ERS) was created by former Prime Minister David Cameron to support the Futures Reserves 2020 Programme (FR20) published in 2013. Initially with the remit to recognise those employers who aim to support reservists, either as employees or potential employees, its remit has since broadened. Now, the Employer Recognition Scheme rewards those organisations that aim to support veterans, military spouses and cadet instructors, as well as reservists.

The scheme includes Bronze, Silver and Gold awards for employer organisations that pledge, demonstrate or advocate support to the Armed Forces community, and share the values defined in the Armed Forces Covenant.

Each award lasts for five years, during which time award holders can display electronic certificates and logos on their website, stationery and other collateral.

Employers must have submitted their Armed Forces Covenant pledge and can self-nominate.

Businesses that hold a Bronze award are open to employing reservists, veterans or military spouses and aim to be supportive of any specific needs they might have, such as training and mobilisation commitments.

Employers who register for the Bronze Award will have their pledge published on the website to publicly indicate their support.

To self-nominate, click through to the GOV.UK online form. The nomination form will take around five minutes to complete and submit. There is an option to save your nomination and return to finish it later. Successful nominees will receive their bronze ERS certificate and logo via email. Further guidance is available on the GOV.UK page.

To be eligible for a Silver Award, a business must employ at least one of the following: veterans, service spouses, reservists, cadet adult volunteers (Sea Cadets, Air Cadets or Army Cadets).

Employers must have also signed the Armed Forces Covenant pledge and be able to show how they have delivered on their pledge.

Silver Award holders who employ a Reservist show flexibility that enables the employee to fulfil annual training and mobilisation commitments.

This year’s Silver winners were presented with their awards at a prestigious event on the 14th November, 2019.

The 2019 Silver Awards Programme includes a full list of East Anglia based employers that have received the Defence ERS Silver Award since its inception in 2014.

Employers must be advocates for Defence, have signed the Covenant and be able to evidence all areas of their pledge.

ERS Gold award holders communicate their commitment both internally to employees and externally to the wider community, through established policies and examples of support.

ERS Gold Award holders demonstrate significant support for Reservists and other members of the Armed Forces Community. To qualify for a Gold Award, employers must not only pledge their support but become advocates, encouraging others to do likewise. These employers must enable reservists to fulfil their annual training and mobilisation commitments, and support their reintegration once back at work.

Our eleven Gold Winners in 2019 were presented with their awards at a prestigious event held in London on 12th November.

Five businesses were awarded ERS Gold awards in 2018, and a list of earlier recipients  can be downloaded from the Employer Recognition Scheme GOV.UK page. Gold Award winners are recognised at a prestigious national event.

If you would like to explore how your company can become involved and receive recognition, please contact Kristina Carrington, Regional Employer Engagement Director for East Anglia RFCA.