The Armed Forces Covenant Annual Report 2016 was laid in Parliament and published on armedforcescovenant.gov.uk, with an accompanying written ministerial statement (WMS)  by Sir Michael Fallon, the Secretary of State for Defence.

The Armed Forces Covenant in Numbers one-pager provides a snapshot of the main achievements to date.

If that’s peaked your interest, then the 14-page summary of the Report should be the next place you look. It outlines 15 top goals for the coming year.

The full report covers what’s been done and what’s still to come in an 83-page document available to view online. It includes the unedited comments of key Service Charities and the Service Families Federations, and  contributions from the Scottish, Welsh and Northern Irish Governments on the Covenant commitments they have delivered.

For true fans, the report from 2015 and its summary documents are still available to view on Gov.uk. 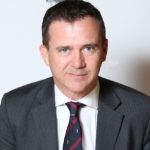 Mark Lancaster MP, Minister for Defence Veterans, Reserves and Personnel
(DVRP) has been interviewed by British Forces Broadcasting Services (BFBS) Forces Welfare and Forces TV and footage will be used for the coverage of the launch of the Annual Report. The Forces Welfare interview will be made into a 2 minutes video to be used online and via social media and the Covenant website.  It will also be broadcast numerous times over the next few weeks between programmes on BFBS TV and Forces TV. The Permanent Secretary Stephen Lovegrove is expected to write a blog for the Civil Service blog and a letter to his counterparts across Government, explaining the purpose of the Armed Forces Covenant and the key achievements for 2016.

A series of image card testimonials have been released to highlight the key achievements under the Armed Forces Covenant, for use on social media. 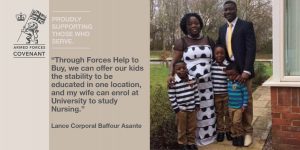 The RFCAs support the publication of the Armed Forces Covenant Annual Report by doing the following:

Find out more about how we support local authorities and employers to deliver their Armed Forces Covenant pledge #ForOurForces.