This year, because physical events have been cancelled due to Covid-19, the organisers of Armed Forces Day have moved the celebrations online expanded the campaign so people can still get involved and #SaluteOurForces.

The simplest way to get involved in Armed Forces Day celebrations between 22nd and 27th June this year is to post a photo of yourself or your team saluting with the hashtag #SaluteOurForces.

But did you know that there are different ways to salute in the Armed Forces? You can find out all about salutes in the military by reading this excellent article by Forces.net. 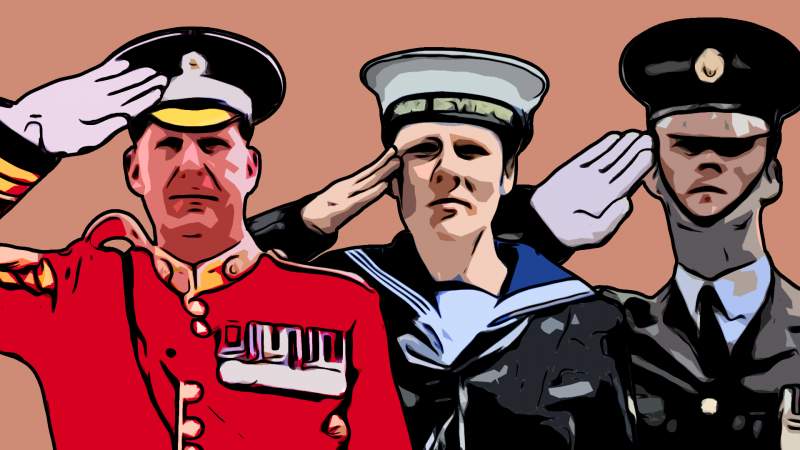 In the Royal Navy, this is how to salute:

Raise the right hand quickly to your head by the shortest route (to the front of your body). Hand is kept at an angle so that the palm is facing down. Neither the palm nor the back of hand is visible from the front. Bring to a position in front of the eye. Bicep should remain parallel to the ground. Hand is lowered again quickly, by the shortest route.

In the British Army, this is how to salute:

Raise the right hand to your head by the longest route (to the right of your trunk). Fingers and thumb aligned, palm facing outwards. Bring to a position where the index finger is an inch above the right eye with fingertips almost touching the beret or other head dress. Bicep should remain parallel to the ground. Snatch the arm back down the front of the body (the shortest way).

The Royal Air Force salute is similar to that of the Army except that it is to be held an inch above and behind the right eye. For both the Army and the RAF, the salute should be with the right hand if physically possible.

So #SaluteOurForces with confidence and show appreciation for the men and women who keep Britain safe and protect her interests both at home and overseas.

The RFCA has always supported the Armed Forces Day and Reserves Day campaigns, and this year will be no exception. RFCA staff have interviewed reservists from the region and encouraged thousands of individuals and organisations to get involved in the celebration. Our Estates team work tirelessly year-round to ensure that Army Reserve Centres are fit-for-purpose.