A total of 37 people put themselves to the test as they attempted to determine whether a (fictitious) military operation had been compromised and posed a risk to a second (equally fictitious) operation.

Selected because of their interest in how Military Intelligence operates, and their secret conviction that they have the skills to be the best, employees from Abellio Greater Anglia, Cambridgeshire Constabulary, Cognition Intelligence, East of England Ambulance Services, Elecheck, Network Rail and Ridgeons Ltd competed against one another.

The Army Intelligence Challenge 2018 was hosted by 3 Military Intelligence Battalion, whose 32 MI (Reservist) Company are based in Cambridge. The East Anglia RFCA’s Employer Engagement team reached out to multiple companies in the Cambridge area to find the best candidates to take part in this one-of-a-kind competition.

Welcomed by the Commanding Officer of 3 MI Battalion, Lt Col Nikolas Fairweather, the participants also had the opportunity to listen to the experiences of Brigadier Nicholas Baker OBE MA, Assistant Chief of Staff Intelligence.

The team also received coaching support during the competition from a current Military Intelligence Operator. They were shown military analysis skills that enable problem solving under time constraints.

The teams were told the targets were time-sensitive, so speed was essential in reviewing the available information in order to assess the situation, identify and understand their adversary, and determine what action could be taken.

They were given two hours to prepare a brief and present it to the ‘Task Force Command Board’. They had to include their conclusions; an evaluation of the malign group and present an assessment of where, if anywhere, a second operation could disrupt the network.

Many congratulations to the team representing Network Rail, who were crowned Intelligence Challenge 2018 winners!

Anyone interested in finding out more about Reservist opportunities in Military Intelligence should enquire via the Intelligence Corps website. 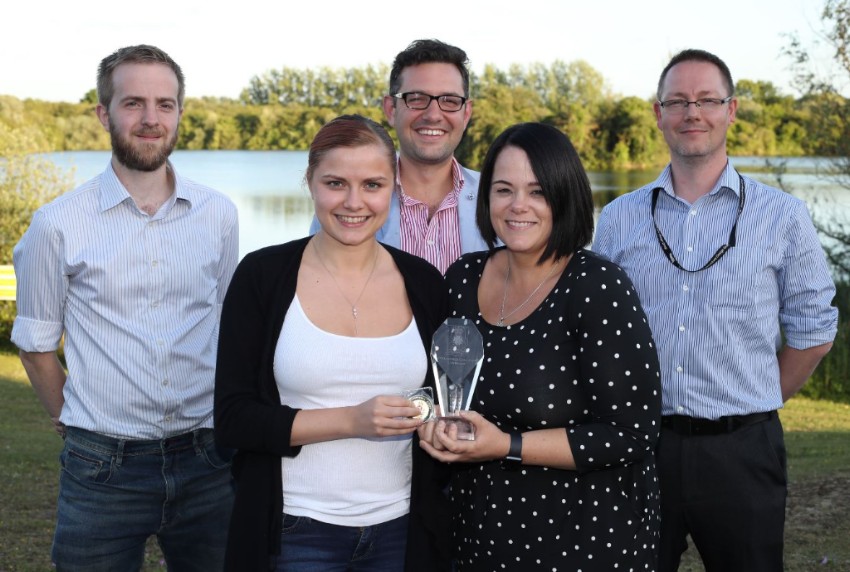