The NAO Short guide to the Ministry of Defence is designed to provide a quick and accessible overview of the Department to assist House of Commons Select Committees.

Focussed on what the Department does, how much it costs and recent and planned changes, the short guide is ironically 40 pages long.

The NAO then subsequently published a Departmental Overview of the MOD to provide a quick and accessible overview of the Department and its performance over the last year. 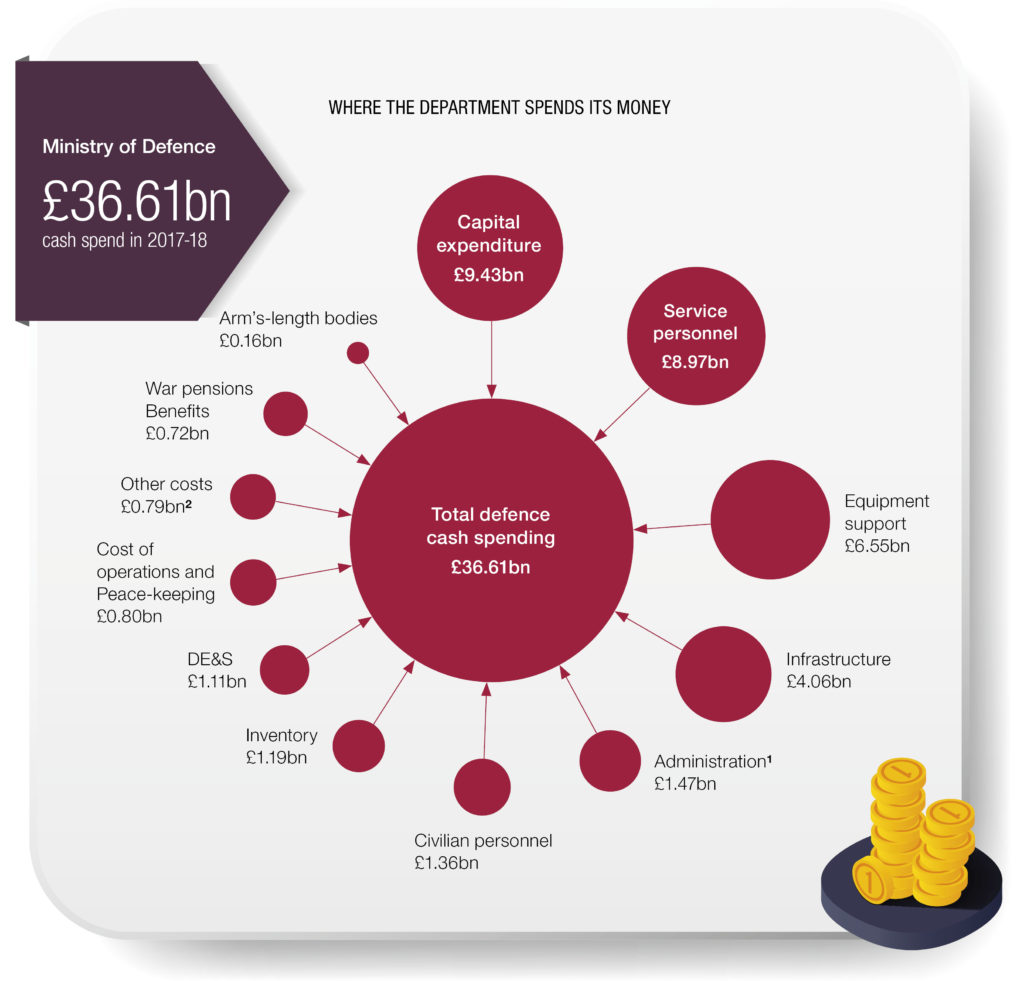 The report focuses on the Department’s responsibilities and how it spends its money and key developments in its areas of work.

The report acknoweldges that the MoD met its 2010 target to reduce its civilian headcount to 60,000. But the report goes on to highlight progress is not on track to achieve its 2015 commitment to reduce civilian headcount by a further 30% by 2020, as civilian numbers have been largely stable during the past year. The future shape of the civilian workforce is being considered as part of the Modernising Defence Programme.

The report also criticises the Defence Infrastructure Organisation (DIO) for losing out on the selling and leasing of it married quarters estate, as sales agreements of £2.4 billion dating back to 1996 have resulted in losses of upwards of £2 billion, due to a plethora of reasons including below-market-rate valuations, interest foregone from receiving sales proceeds in two parts, and rapid increases in rental costs on leased accommodation. Like other government departments with large property holdings, the MoD has been set a target for the delivery of housing on surplus public land – in its case 55,000 homes by 2020. At least 13,100 ha of disposals have been earmarked under Better Defence Estate.

The report alludes to the premature termination of the Capita contract to act as strategic business partner to the DIO. Capita had won the £400m contract to manage the running of the Defence estate in 2014 for a 10-year period but it was announced in September 2017 that the contract will now end in 2019. Last year, the Chief Executive of DIO Graham voiced his ambition to “make DIO easier to do business with” to open up the market with the aim of finding smarter and cheaper ways of delivering the infrastructure that the Armed Forces need. East Anglia RFCA is responsible for the upkeep, maintenance and management of the Army Reserves and Cadet buildings in the region on behalf of the MoD and DIO.

The NAO regularly publishes reports investigating aspects of Defence and the Armed Forces. Most recent publications include an assessment of the Equipment Plan 2018 to 2028 and an investigation into the management of the Capita Army Recruiting contract.