November 2018 was final round of approvals under the current scheme to form a new unit via the Cadet Expansion Steering Group, a joint DfE, MOD & Single Services project. 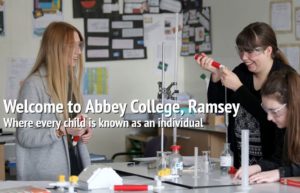 Abbey College in Cambridgeshire and Iceni Academy in Norfolk were both approved to open CCF (Army) units in the latest round of approvals. Schools that have previously been successful in their application are training up instructors and starting to parade, like at Arthur Mellows Village College in Peterborough.

Work continues to ensure that all 500 approved units are parading by September 2019 for the target to be officially achieved. Beyond then, there is an aspiration at the DfE to create established posts to provide ongoing support but this is still subject to discussion and details of posts and funding have yet to be agreed and finalised.

The CEP is part of the Government’s aim of promoting military ethos in schools; to instill values in young people that will help them get the most out of their lives, and to contribute to their communities and country. The programme offers pupils from a state school the chance to experience the life-enriching activities of military cadets as part of school life – this mirrors the military activity offered in many of the best independent schools in the country.

While the first 100 new CEP units were demand-led, the latest phase of the CEPn running up to 2020 had a more targeted approach, with priority given to those in less affluent areas and in areas where there is currently limited access to the cadet experience. The Cadet Expansion Joint Team was also particularly interested in educational establishments with post-16 provision. 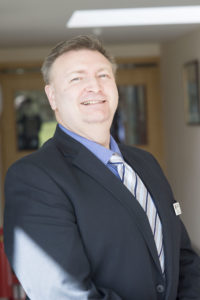 Schools that have set up cadet units have seen significant benefits for their young people, their schools and the local community. Head teachers say that they have seen significant improvement in attendance and behaviour, improvement in attainment, commitment, self-confidence and discipline and that relationships between staff and students have improved. This creates positive benefits in all areas of school life including the character skills strongly valued by employers such as leadership, teamwork, communication, integrity and career progression.

Please join us in congratulating Andy Bovingdon on having reached this important milestone for the benefit of young people in East Anglia.