Warley Army Reserve Centre has brand new signs installed to coincide with the change of name and rebranding for The Territorial Army (TA).

As part of the army’s reorganisation, the squadron has changed its role from specialist petroleum operators to a logistics squadron, so now is an exciting time to join in and start training as part of the new team.

Warley Army Reserve Centre is one of the many centres in the East Anglian area involved in the name change, an exciting prospect which will better reflect the enhanced role of the Reserves and their full integration into the whole force. 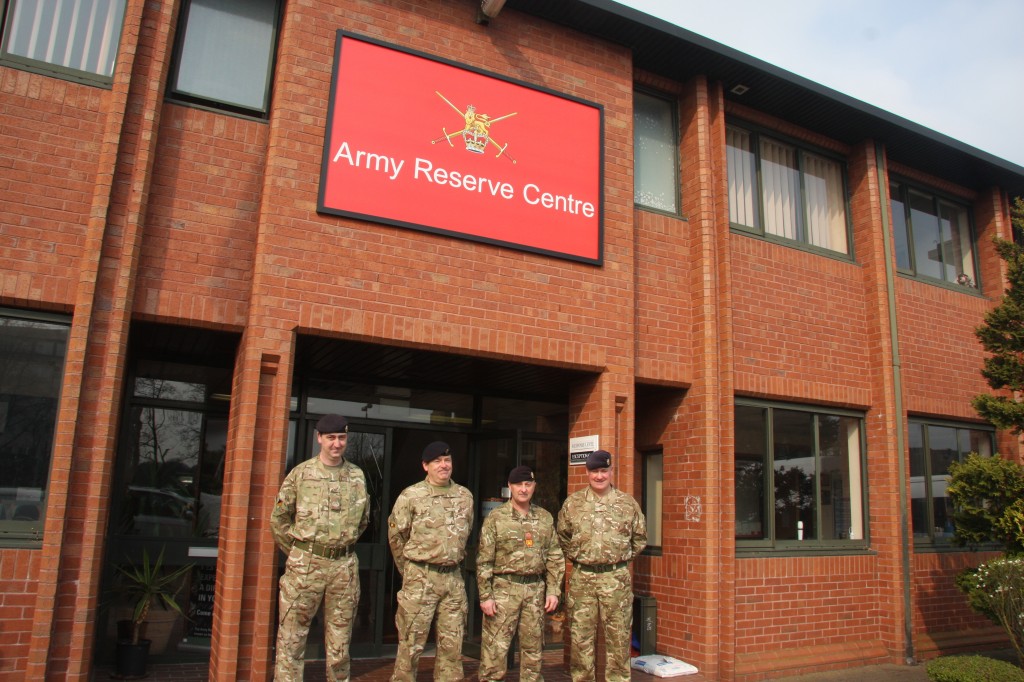 Get in touch…
If you are interested in joining as a Reservist or for more information about the Army Reserve in Warley contact Captain Nick Allston from 124 (Essex) Transport Squadron on 01277 268952 or email 151TPT-124-PSAO@mod.uk