Colonel Leona Barr-Jones, Commandant of Essex ACF, has been shortlisted for the finals of the 2019 Institute of Directors (IOD) Director of the Year Awards.

Colonel Leona Barr-Jones won the IOD East Inclusive Director of the Year Award 2019 held earlier this year. She said: “It is a huge honour to be recognised by an organisation such as the IoD for all of my work within the Army and in business.”

The winners of the Diector of the Year Awards will be announced at a ceremony in London on 18 October 2019. The finalists were chosen from the hundreds of directors that entered into one of the 11 heats across the UK, in 14 different categories.

Colonel Leona Commands Essex Army Cadet Force, which is one of the largest ACF’s in the country with over 1,000 Cadets and nearly 200 Cadet Force Adult Volunteers with its Headquarters in Chelmsford. 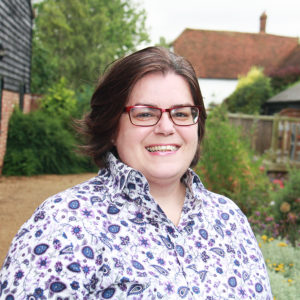 She added: “I am passionate about Diversity and Inclusion and hope to effect change and encourage Directors and Leaders to understand the benefits of adopting a more inclusive leadership style.

Leona spent 30 years in the military: as a Regular Army Officer, in command roles at Army HQ and MoD Head Office and as an Army reservist.

Her role as Commandant of Essex ACF is a volunteer role. She is also co-founder and Chief Operating Officer of Focus7 International Ltd, a brand and digital marketing agency in Hertfordshire. She also volunteers for the East Anglia RFCA Hertfordshire Employer Engagement Group in promoting the mutual benefits of signing the Armed Forces Covenant to employers.

Charlotte Valeur, Chair of the Institute of Directors, said: “In this time of great change for business and society, enterprising and responsible leadership has never been more important. These are the qualities that Director of the Year Award finalists embody, and it is a privilege to be able to give these individuals the recognition they deserve. Congratulations to all of those who have made it to this stage, you provide us with confidence in the ongoing strength of the UK’s director community.”