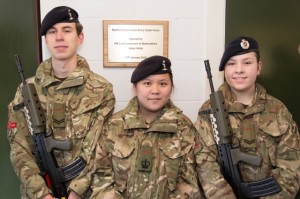 Cadets demonstrated their skills at first aid, drill, weapon handling and field cooking to the Lord Lieutenant, families and guests before the Lord Lieutenant unveiled the plaque and declared the Bedford Detachment formally open. 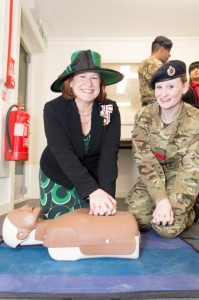 Colonel Chris Sharwood-Smith, Commandant of Beds and Herts Army Cadet Force commented: “This is a wonderful new building where our cadets can safely parade and we appreciate the support of the developers and management of the Care Home. The cadets are looking forward to getting to know the residents over the coming months and hope that this can be a mutually beneficial partnership.”

In a partnership with Bedford Citizen Housing Association and the developers, Northstar Homes, the old cadet building was demolished and a brand new hut has been built behind the new residential care home on Kimbolton Road Bedford. The site was purchased to build an adjacent retirement home and in return the developers built the new detachment building. 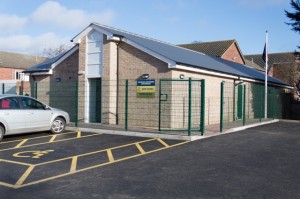 The opening very nearly did not happen as the building caught fire the week before Christmas, but with a lot of hard work the building was repaired to a very high standard.

There was a big surprise for the detachment from Dalton Homes building development team who donated £500 to boost detachment funds.

Take a look at images from the day in our Gallery.