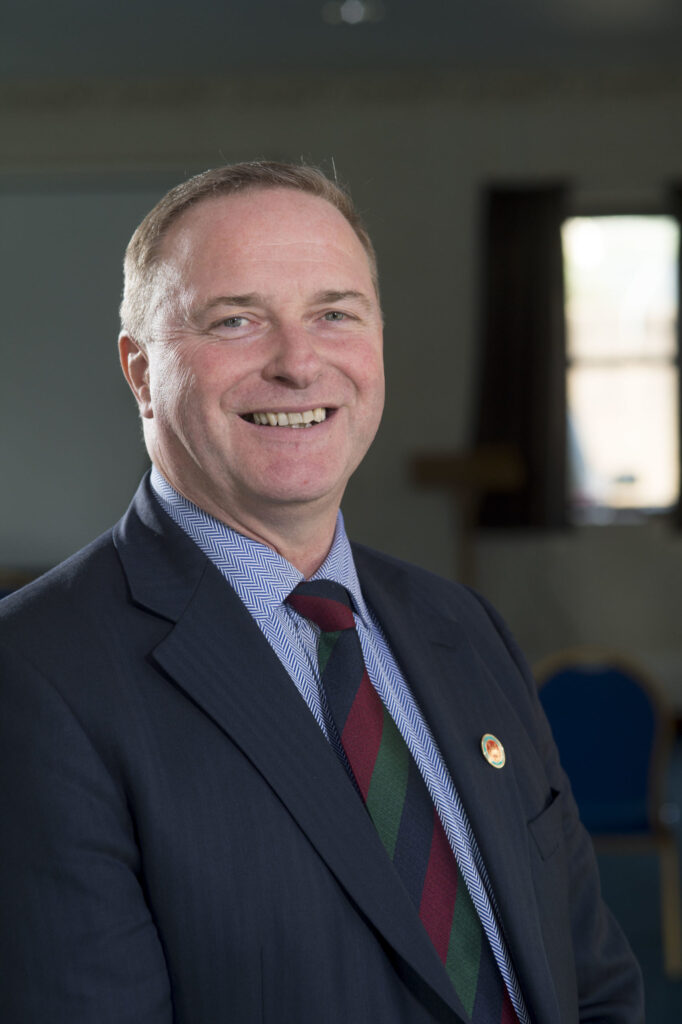 Tim Seal joined the TA as a private soldier at D (Cambridgeshire) Coy 6 R Anglian in 1987, was selected for officer training soon afterwards and commissioned in 1989. Following stints as Pl Comd at Wisbech and Cambridge, he was appointed OC Recce and moved to 5 R Anglian in Peterborough, where he remained throughout the transition and re-role to 158 Tpt Regt RLC in 1995.

The usual round of staff and promotion courses led him to sub unit command in Bedford and then to CUOTC where he took on the combined role of Trg Maj and Regt 2IC. His first taste of staff duties took him to HQ RLCTA where he was DComd of the ARRC assigned Multi National Logistic Group, before returning to command 158 Regt back in Peterborough from 2005-2008.

Tim was promoted to Colonel on appointment as DComd 143 (West Midlands) Brigade, where he had specific responsibility for all young officer training, employer engagement and UK Resilience operations. His post came to a natural end as the brigade made the transition to 11SIGS Bde and he was placed on the unposted list until being selected for Brigadier on appointment as AComd HQ Home Command from January 2017.

In his civilian career, Tim is the Chief Operating Officer for a large healthcare company, providing specialist services to older people and those with severe mental health needs through a UK network of 215 care homes and hospitals.

He is married to Melanie, who is a volunteer for the Citizens Advice Bureau, they have three grown up children, and he enjoys cycling, swimming, cooking and travel.