You are here: Home > Public News > The story of the German bomber that crashed in our office car park
◄Back to News 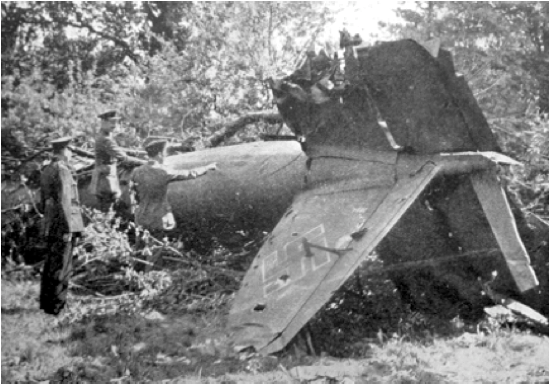 A German bomber aircraft crashed in the grounds of the East Anglia RFCA Headquarters in 1940.

The RFCA for East Anglia Headquarters, Springfield Tyrells, in Chelmsford was a temporary home and school for young women run by the Barnardo’s charity, just for six months, during the war. While they were housed there, a German Heinkel bomber crashed in the garden, now the car park for the East Anglia RFCA Headquarters. The aircraft bounced and scraped its way over the road and came to rest in the Bishop of Chelmsford’s garden (now a housing development) on 19th June 1940.

The German aircraft was from the headquarters flight of KG4 (Stabsstaffel Kampfsgeschwader 4, which translates as War Wing 4, something bigger than a squadron) and was based at Merville France. The Heinkel bomber was headed for RAF Honington, but got picked up in searchlights as it passed over Chelmsford from the south east.

We don’t know who was scanning the skies with the searchlight that night, but the alert brought RAF pilot Flight Lieutenant Adolph Gysbert Malan in his Spitfire ZP-A/K9953. The Heinkel bomber was shot at by Flight Lieutenant Malan, causing a fire inside the plane.

Flight Lieutenant Malan was a South African born pilot flying with No. 74 Squadron RAF. He later commanded it. He was a very determined (‘aggressive’ wouldn’t be too strong a word) pilot. He survived the war to die back in South Africa in 1963. He’s famous not only for the amount of aircraft he shot down (18 during the Battle of Britain), his ‘Ten Rules of Air Fighting’ and a tactic of not always shooting down enemy bombers but damaging them so that they could just return to their bases in France where their colleagues would have the unpleasant and psychologically damaging task of removing dead and wounded men from battered aircraft.

That night, he took off at 0050 and landed about 0130, bringing down two aircraft. The Heinkel crashed in the Bishop’s sizeable garden, so no locals were hurt when it crashed.

Only one of the four airmen survived. He was the only one to have parachuted out of the plane. L.E. Simon landed in a farmer’s field in the nearby village of Writtle. He was arrested, taken to hospital and treated for an injury to his arm. The other three were killed in the plane crash. The Bishop, whose garden they crashed into, conducted their funeral. The article here offers eye-witness testimony about the plane crash. L Erich Simon remained in captivity for the duration of the war.

With thanks to Richard Maddox, Volunteer Development Manager’s Office Team (Project Support volunteer) at the Imperial War Museum, for his excellent research. IWM is the world’s leading authority on conflict and its impact on people’s lives from 1914 through the present day and beyond. Learn more about how you can support IWM.