We are very sorry to inform you that our former Chief Executive, Colonel Julian Lacey CBE DL had a major stroke at the weekend and passed away on Saturday 12 September.

Colonel Julian Lacey joined East Anglia RFCA in 2003, a well-known military figure who had recently retired as Commander Colchester Garrison.  It was immediately apparent that he brought with him an extensive network of military contacts, the entire Royal Anglian network and as a Deputy Lord Lieutenant of Essex, an impressive knowledge of key county personnel.  He quickly made it his business to get to know the Lords Lieutenant and community leaders in the other five counties too, and was passionate in his support of the six county volunteer chairmen and their RFCA forum members.

As a man of massive intellect, his strategic grasp of wider MOD issues was unparalleled, and enabled him to signpost what was important for the EA staff to focus on.  He was remarkably tolerant and patient with staff who might not be as quick to grasp the nub of issues with the same speed.   His talents were equally appreciated in the wider RFCA community; he was part of the national Strategy Group steering RFCAs through what were at times very shark infested waters and he did much to ensure that the single services understood the relevance and importance of the regional RFCAs.  He was hugely respected by his fellow Chief Executives, and they were all particularly grateful for his generous sharing of the EA Management Plan which became the template used by all Associations.

The twenty staff at Association HQ and the forty four professional support staff in our five Army Cadet Forces were all very comfortable under his leadership.  His direction was wise, his guidance was clear and we were always confident that he would engage constructively and win the necessary arguments with senior military personnel at the regional brigade and other headquarters on our behalf.  More importantly, he took time to know each individual and was always just and humane when issues arose.   Quietly compassionate, he was always prepared to provide support and a listening ear to those in difficulties.

The universal respect in which he was held and the warmth of feeling for Julian was evident when organising his various farewell celebrations at Easter.  We were all shocked and saddened when the news of his untimely death was announced, and there have been many expressions of sympathy from colleagues across the UK.  Our thoughts and prayers are with you. 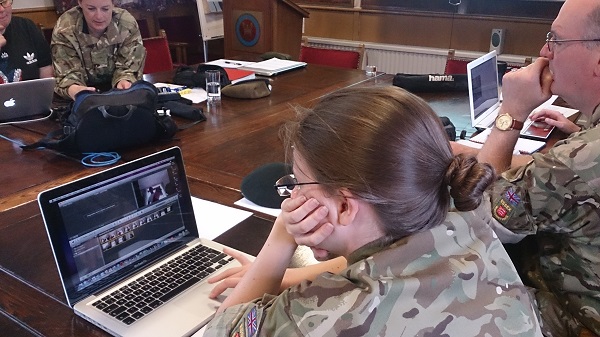