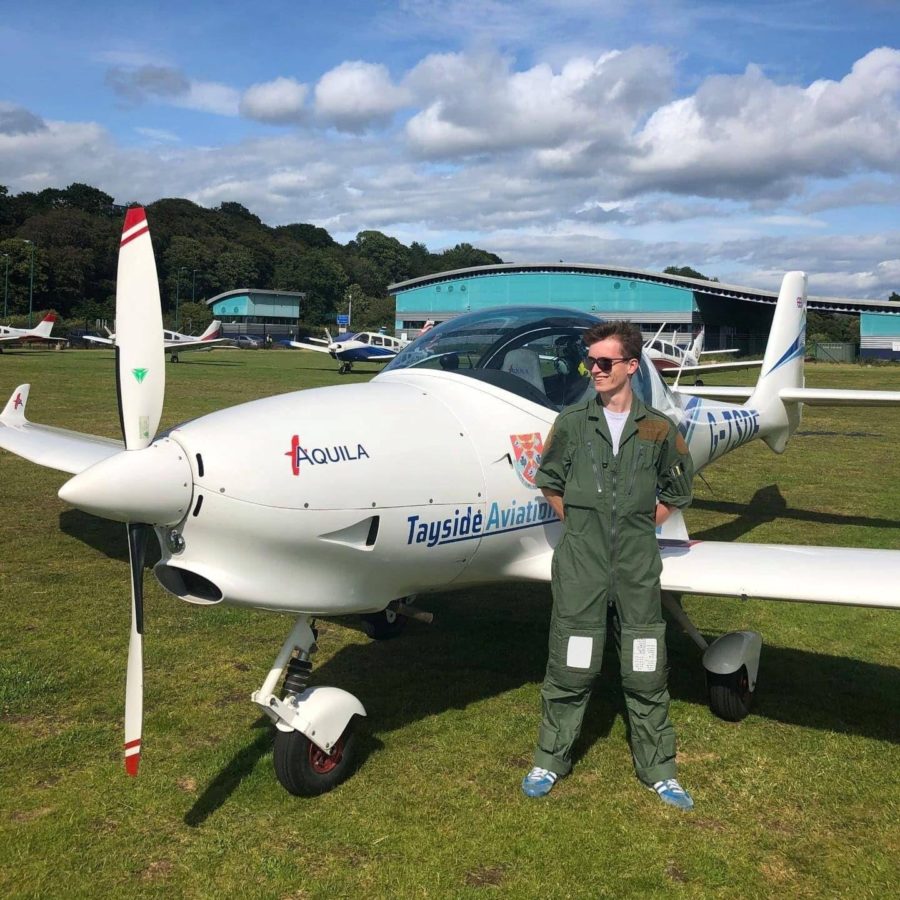 Cadet Flight Sergeant David Peacock recently flew a solo circuit in Scotland all thanks to the Air Cadet Pilot Scheme, a scholarship available to only 140 cadets from around the organisation per year.

The course, run by Tayside Aviation in Dundee, sees the cadet progress through a series of lessons over a two-week period ranging from basics of radio operation to advanced aircraft operation and emergency procedures, and culminates in a solo flight from Dundee Airport if the student is deemed suitably competent by the experienced instructors.

Only twelve hours of flight time is allocated per cadet, so it is a challenge to achieve a solo flight by the end of the course; FS Peacock was able to achieve this, and said “being able to fly solo after just eleven hours of training was fantastic. I’m very grateful to the staff for all of their effort in helping me and the other cadets throughout the course.”

He added, “Attending the ACPS after making it through the selection process was easily the highlight of my cadet career so far.”

FS Peacock can now bring his newly-learnt skills back to the Squadron to teach the younger cadets, expanding their knowledge and encouraging them to apply for the ACPS when they are eligible.

As a result of his time in Dundee, FS Peacock has decided to pursue a career in aviation.

Pictured is FS Peacock with the Aquila A 210 aircraft which is used by the students for this course.