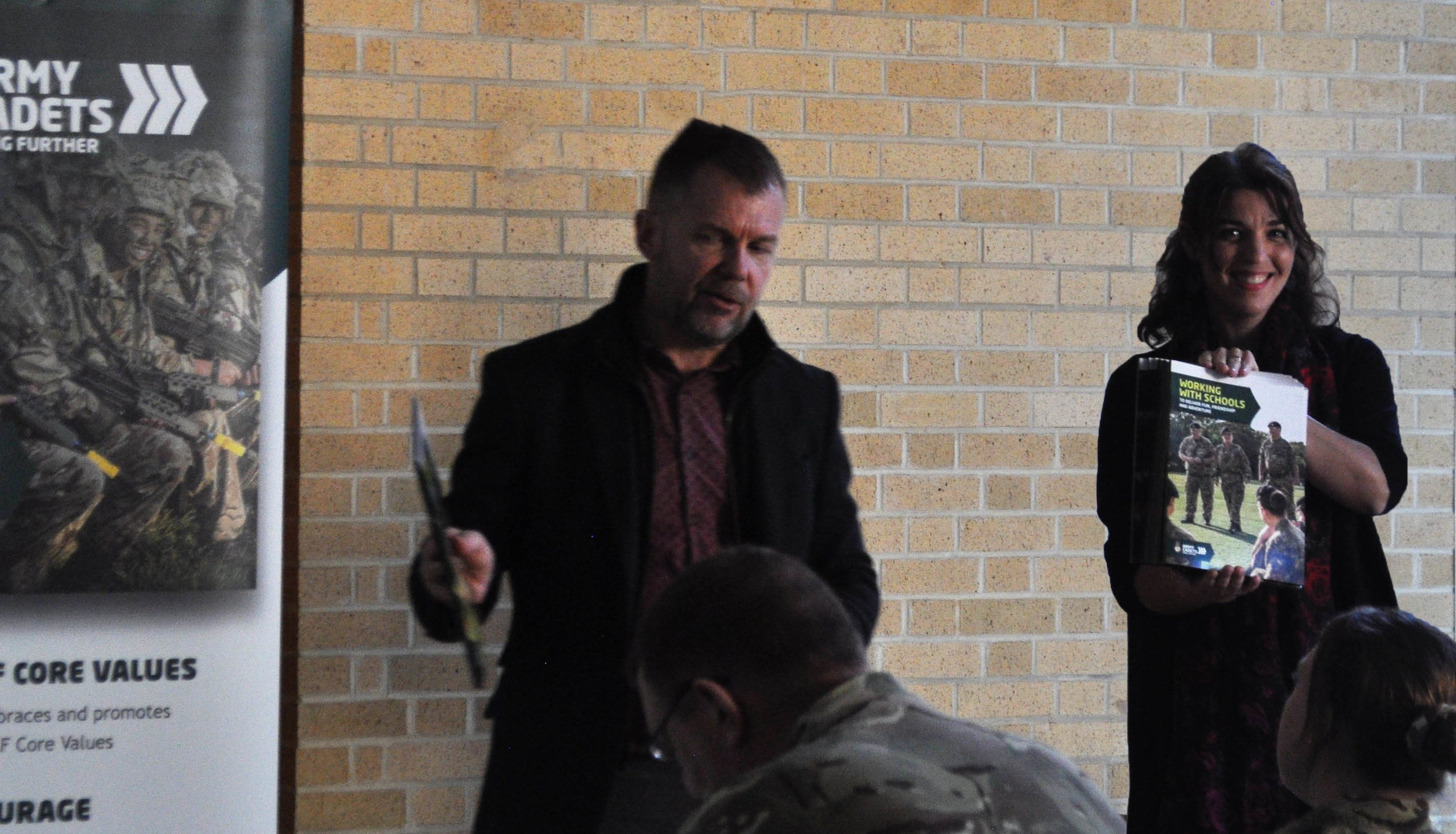 East Anglia RFCA, with YES agency, developed a set of School Engagement resources for the Army Cadet Force to make it easier for adult volunteers in detachments to talk with local schools about the benefits of the Army Cadets, and to raise more support from schools for their pupils and staff to join the ACF.

Claire Styles, Communications and PR Manager at East Anglia RFCA, said: “We started with the insight that some detachment commanders were finding it both daunting and difficult to build a good relationship with neighbouring schools. We looked into the root cause and we think we’ve come up with some extra tools and resources that will really help.”

The new pack supplements the guidance already available to Army Cadet Force volunteers. The pack includes a leaflet and brochure tailored to address the questions and concerns which are most common among school leaders who have little or no experience of the Cadet Forces.

The pack also includes a workbook and reference materials to guide volunteers through the process of engaging with a school, explaining what to expect, giving advice and examples on how to secure an initial meeting, how to prepare for that meeting and how to agree next steps with the school. 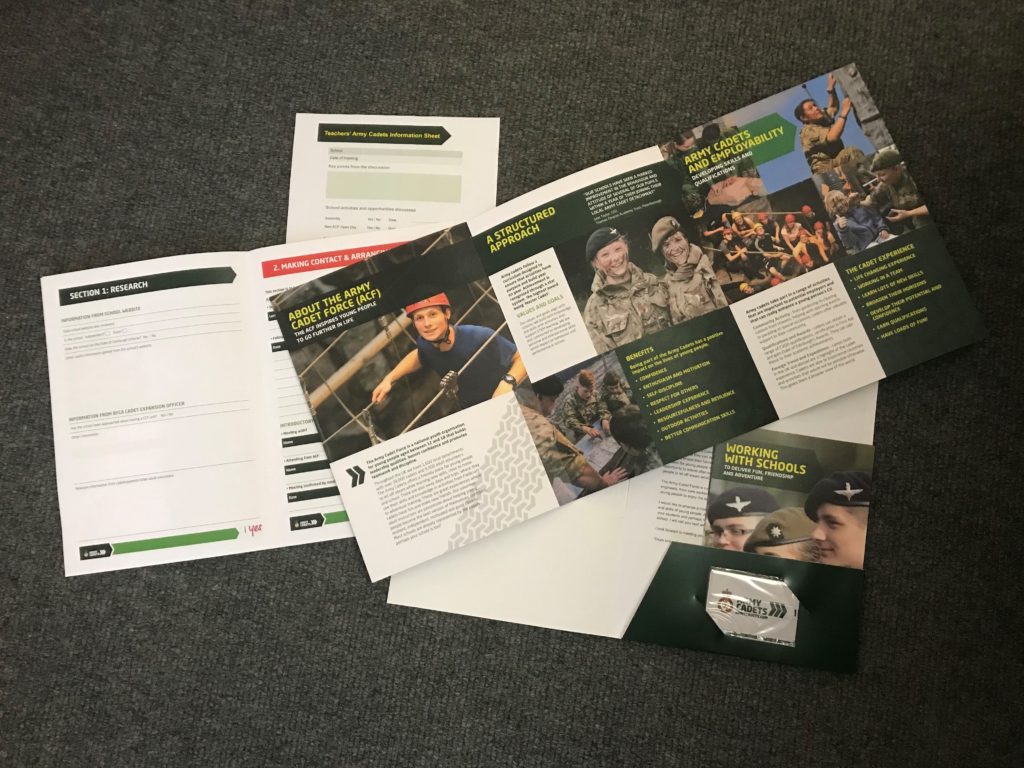 As an added extra, the packs are presented in a ACF folder into which the inserts are slotted, along with space for a business card or USB card containing the ACF county’s preferred school presentations and video.

Then to mitigate the impact of churn among volunteers, the new pack also includes a record sheet and school engagement tracker. These are purposefully incorporated so that new or departing adult volunteers can leave a log of previous contact with local schools and get up to speed with the health of the relationship between the school and the detachment.

The RFCAs are tasked with giving support to recruiting to the Army Cadet Forces. This workstrand is largely carried out by the permanent support staff in the ACF counties.

Special projects, such as this ‘Working with Schools’ pack, that span multiple counties can involve staff from RFCA HQ; like School Cadet Expansion Officer, Andy Bovingdon, whose knowledge and expertise working with schools during the Cadet Expansion Programme was invaluable on this project.

The packs are being distributed now to the East Anglia ACF counties who have not yet received them, with the support of county Public Relations Officers and Recruitment &  Marketing Officers where applicable.

The project was completed with the team at YES agency. YES have been working with the Army Cadet Force for over 6 years now. They have delivered groundbreaking initiatives like “Grassroots” as well as countless training sessions up and down the country on all aspects of adult recruiting and retention.

The expected outcomes are that:

David Patrick, Director of YES agency, led a training session for Detachment Commanders of Essex ACF this month to introduce the new pack. He said: “Other counties or interested groups can also receive training from us at no cost to them.”

Anyone interested in finding out more about getting a hold of the pack and training can contact the YES agency on 01889 564 931.