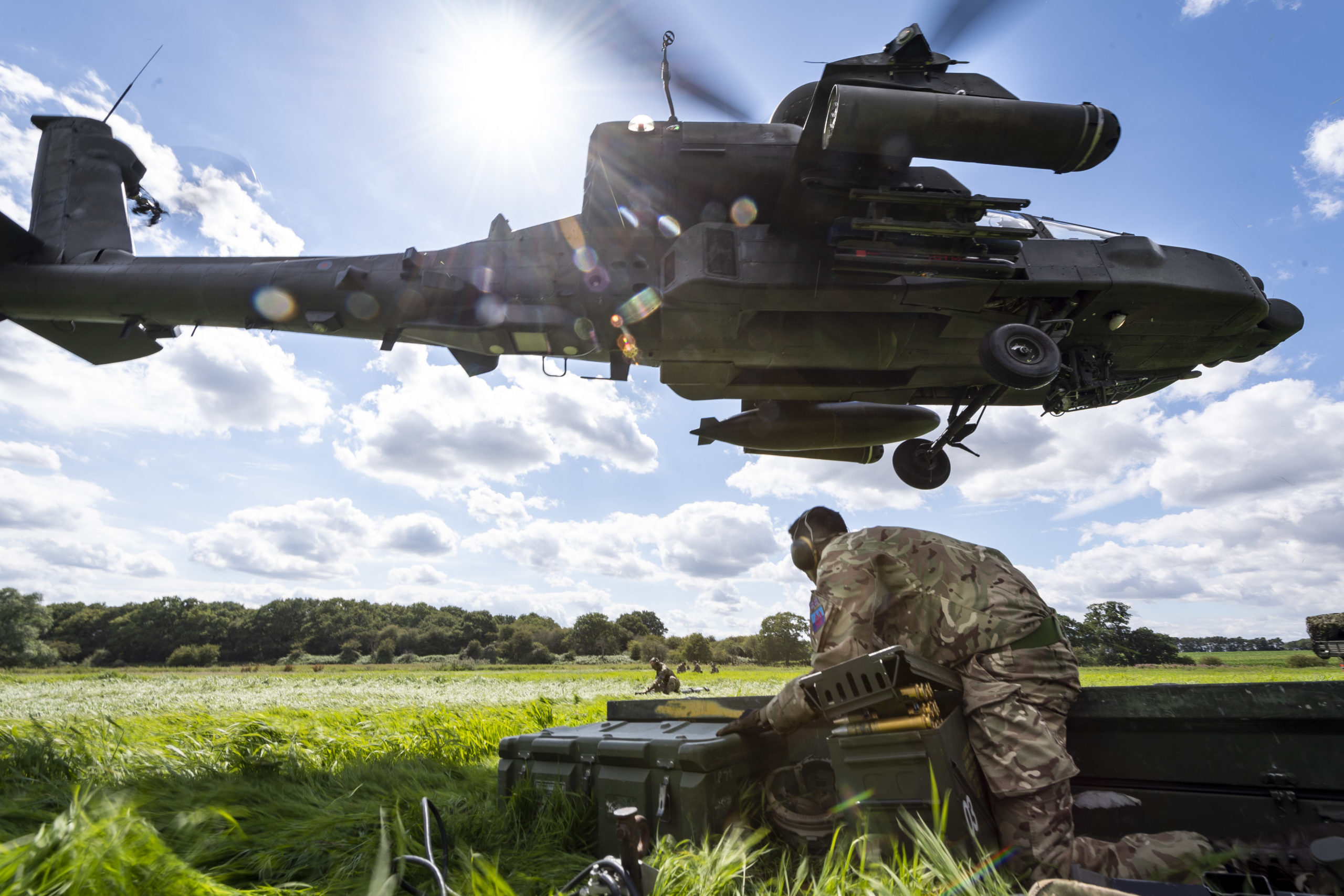 The six reservists started their three-week stint on Exercise Talon Hydra (13-31 July) with refresher training on the Apache at Wattisham Flying Station. They then moved out into the field, working on Forward Arming and Refueling Points (FARPs) – the military equivalent of a Formula 1 pit stop – while living out on the STANTA Ranges in Norfolk.

Airtrooper Paul Roberts (pictured) works as a charter helicopter pilot in his civilian job, and is happy to swap the pilot’s seat for his military role as a ground crew specialist.

“For me, as a pilot, the Apache is the real dream machine,” the 42-year-old from Aylesbury said. “I thought about joining the Army when I was younger and regret that I didn’t, so I’ve missed the boat to be an Apache pilot but working as ground crew puts me as close as I can get.

“From my civilian life, I understand helicopters and I’m comfortable working under the rotor disc, but working on military helicopters brings extra complexity. I’ve had good training and we work as a team to follow the correct procedures.

Paul added: “The regular guys have really welcomed and supported us – they recognise that as reservists we get less time with the aircraft and are still developing our skills.”

For Wattisham-based 3 Regt AAC, the exercise is about training for its core role to provide an aviation deep manoeuvre battlegroup – made up of attack, reconnaissance and transport helicopters – to 3rd (UK) Division, the British Army’s high readiness warfighting division. Troops have been planning and executing long range strike missions by formations of Apaches.