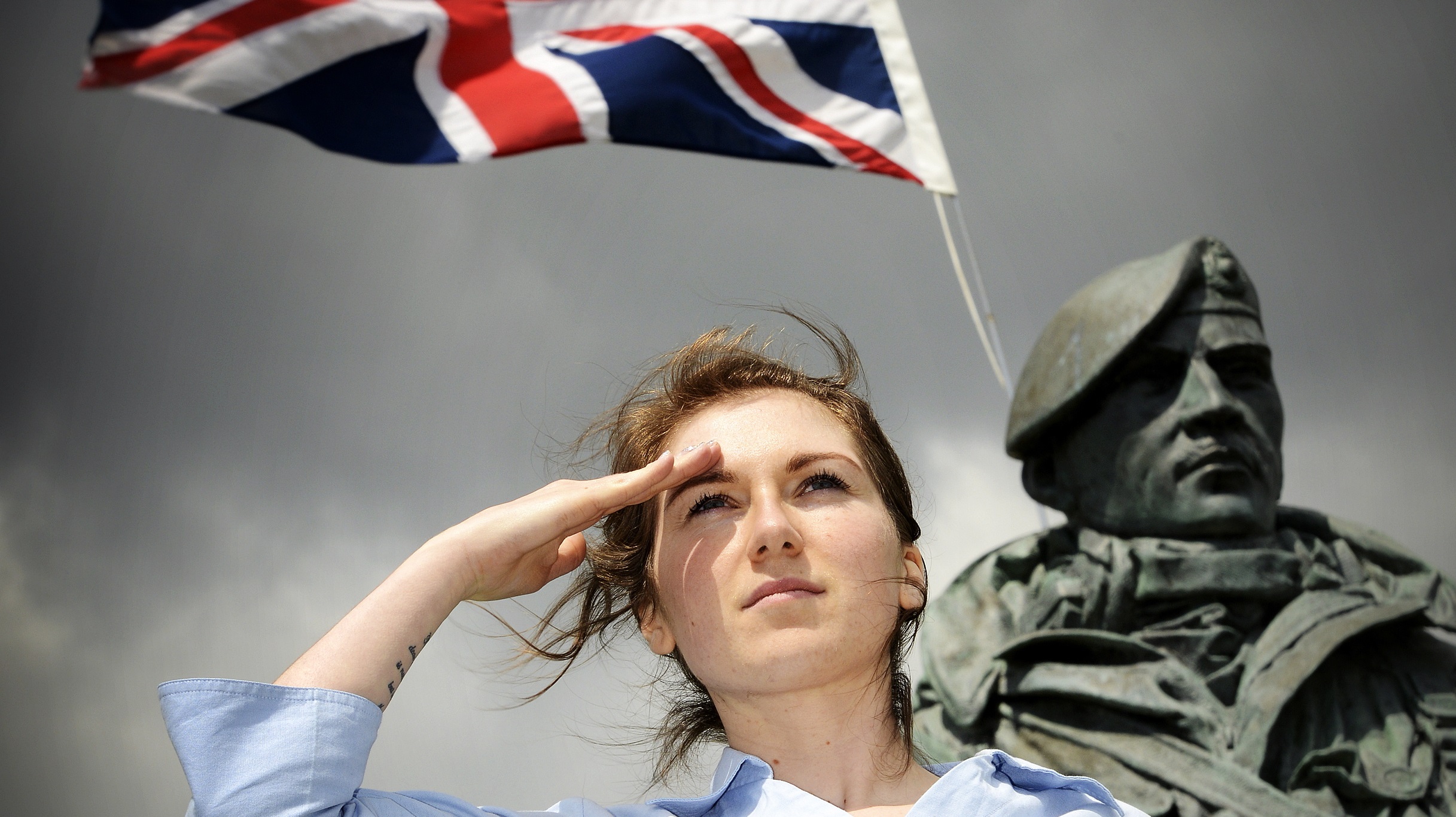 Reserves Day 2019 is a chance to recognise and appreciate the integral part that Reservists play in the UK’s Defence capability.

32,240 Reservists are committing their spare time, balancing their day jobs and family life with a military career, to be ready to serve should their country need them.

On this page, read about: 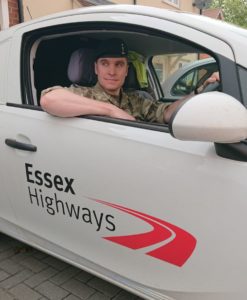 A lot has changed for 39 year old Aaron in the past few years.  Since joining civil engineering company Ringway Jacobs in Chelmsford, Aaron has also taken on the challenge of being an Army Reservist with the Royal Signals – 36 Signal Squadron.

For Aaron, joining the Army Reserves “was always something I wanted to try. I was excited by the prospect of becoming Army fit. I enjoy physical challenges and like having a reason for keeping my fitness levels high.”

His civilian and military careers intertwine seamlessly and his skill set continues to grow. As a Site Agent for Ringway Jacobs, Aaron runs schemes for one of their clients Essex Highways; which entails everything from the construction of new bridges to installing drainage gullies.

“I’ve gained a lot of leadership experience as an Army Reservist and learnt how to make decisions and remain calm in pressurised situations. This is something directly transferable to my work with Ringway Jacobs. I’ve also gained additional qualifications having undertaken trade training in Blandford (home of the Royal Signals) and am now a class three Signaller.”

As a company, Ringway Jacobs have already begun their journey of Partnering with Defence. Having signed the Armed Forces Covenant (a promise from the nation that those who serve or have served in the Armed Forces, and their families, are treated fairly) and received the Ministry of Defence’s Employer Recognition Scheme Bronze Award, they are aiming for Silver this year.

Balancing a civilian and military career presents numerous challenges but Aaron believes the positives far outweigh the negatives. “I have to plan my entire year in advance! Ringway Jacobs are very supportive. They take an active interest in my Reservist role and allow additional paid leave for training purposes.”

“I have been lucky enough to be deployed to Gibraltar as part of a training exercise with the Regular Army – which was a fantastic experience. This year I’m looking forward to deploying to Cyprus for my annual continuous training. I really couldn’t ask for more.” 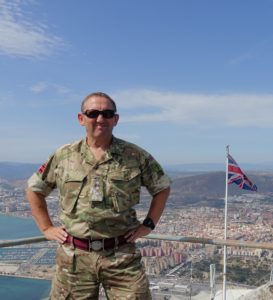 From Regular to Reservist, mature soldier Steve Cottrell continues to set the pace

After 22 years as an Army Regular, a new challenge beckoned so Steve became a Safety, Health, Environmental and Quality (SHEQ) professional within the construction industry. Three years into that journey he realised he missed having a regular ‘fix’ of Army life. It was time to join the Army Reserves.

Currently employed by Morrison Utility Services (Stevenage, Hertfordshire) as their Central  SHEQ Manager, Steve is also a Captain in the Royal Engineers and Second in Command of a specialist Royal Engineers Team (STRE) that provides infrastructure support, construction and design expertise to the military.

Aged 54, Steve has a tremendous amount of hands on experience and knowledge that benefits both his fellow reservists and colleagues. “All the skill sets you gain as a soldier are fully transferable; management of people, leadership, resource management, time management and confidence.  These are all things that benefit my employer.”

Since 2014, many companies across the UK have signed the Armed Forces Covenant; a promise from the nation that those who serve or have served in the Armed Forces, and their families, are treated fairly. Morrison Utility Services have made that pledge and received the Ministry of Defence’s Employer Recognition Scheme Silver Award 2018 in celebration of the support they offer to their employees with a military experience.

“My company fully support me, allowing me the additional days to conduct my annual training exercises and any extra duties that may crop up from time to time.  Because we employ a number of ex service personnel, they fully understand how important and useful to the business this can be.”

On a personal level, joining the Army Reserve has given Steve the opportunity to attend Sandhurst and train as an officer which he recounts as a phenomenal experience. “I have also been able to maintain and further my experience as a mountain bike leader via the adventure training opportunities.”

“As a mature soldier, I gain a great deal of satisfaction out of mentoring the younger and less experienced members of my team and it’s given me an opportunity to give something back. I’ve been lucky enough to work with young soldiers in my team and I’ve watched them mature to become better soldiers and engineers.  They all say they’ve gained vital life skills, education and done things that they’ve thoroughly enjoyed.”

Striking the balance between personal, work and reservist commitments is always a challenge but with a supportive family behind him, Steve has continued to enjoy adventures of a lifetime.

“Being part of a specialist team, means I’ve been extremely lucky and attended exercises in the Falkland Islands, Gibraltar, Ascension Island, Italy and Germany. Closer to home, the Lake District, Scotland, Wales and Peak District have provided further adventures.  I’ve also supported the Regular Army on expeditions including a trip to Crete trekking in the White Mountains.”

“What would my advice be to someone considering joining the Army Reserve? Just try it! There are so many opportunities for travel, training and doing things you would never otherwise do.” 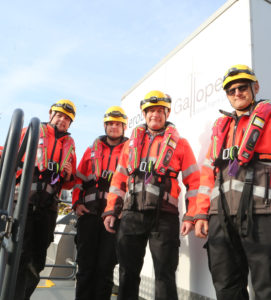 British Armed Forces personnel transitioning into civilian life have found an ideal fit in the offshore wind sector, with all three branches of the forces represented at Harwich-based Galloper Wind Farm.

Four members of the offshore team working at the 56 turbine wind farm, located 30 kilometres off the Suffolk coast, have made their way through either the British Army, Royal Navy and Royal Air Force  (RAF) before joining the growing offshore wind industry.

Boasting two former marine engineers, an aircraft technician and company commander, Galloper benefits from their former working experience which often required them to perform in difficult situations under pressure and in challenging environments.

Both Offshore Supervisor Mark Annis and Offshore Technician Richard Holmes joined the sector from the Royal Navy where they were marine engineers working on board vessels involved with overseas operations.

“I was a chief petty officer where team work was crucial and likewise it is also a big part of the offshore wind industry,” Mark said. “The ability to work safely and to ensure that you look out for the other members in your team is vital to the success of the wind farm.”

Richard added that: “Being offshore, working in unpredictable environments and with the fact that both the renewables industry and the armed forces stand for making a better world for our children, I haven’t looked back. Both the offshore experience and engineering background that I had helped make the transition a smooth one.”

Former aircraft technician with the RAF, James Weller was attracted to the offshore wind industry because of its challenges, growth as a sector and the fact it meant working with new and evolving technologies.

“I worked with various squadrons including the C-130 Hercules, GR4 Tornado and Aircraft Crash Recovery and mechanically, the hydraulic and rotating systems and aerofoils on wind turbine are very similar those used on the aircraft I was used to so transferring over was quite familiar.”

Galloper’s Production Manager, Kieron Drew came to the sector after having served in the British Army commanding force protection, logistical and maintenance operations in Afghanistan and serving in Iraq, Bosnia and Northern Ireland. Supported by Galloper operator, innogy, he has continued to serve as an Army Reservist, where he has been promoted to Major.

“The transferable technical, logistics and engineering skills from the army to offshore wind are important but just as relevant are personal skills such as leadership, physical fitness, and positive attitude. You need the ability to work under pressure in a hostile environment, be a team player and to maintain high standards, particularly ensuring you properly care for your personal protective equipment.”

“But I also feel renewable energy is vital for our future and chose the sector because I wanted to make a difference to the world outside the army.”

As a reservist, he is able to take advantage of the assistance provided by innogy, which has a commitment to supporting paid time off for training and ensuring a smooth transition for reservists who are mobilised into full time service.

Galloper’s four ex-Forces personnel are part of a team of 60 working out of Harwich International Port, where crew transfer vessels take technicians out daily to work on the wind farm’s turbines and ensure they operate with maximum efficiency. 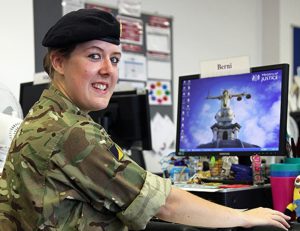 Bernadette King works as a Court Clerk supporting the administration of justice at a London Family Court. And in her spare time, Bernie is an Army Reservist, working as an Army Driver with 124 Transport Squadron The Royal Logistic Corps, based at Warley Army Reserve Centre in Essex.  The Squadron is equipped with the Army’s latest heavy goods vehicles.  Its role is to provide logistic support to 3 UK Division as part of the Army’s reaction force.

Bernie applied to join the Army Reserves in January 2015, and completed her initial training over the course of a year: four weekends of modular training followed by a 16-day course at the Army Training Centre Pirbright. She said at the time: “The course was hard work. It taught me discipline, how to work as a team and respect others.” She added:”“My next challenge is to complete my Phase Two trade training where I hope to obtain my LGV licence.

Bernie achieved that goal in March 2017 and now, Bernie says: “Being a member of the Reserve Forces has enabled me to fulfil my potential and face up to challenges not available in civilian life. Working as part of a team with like-minded people with strong bonds and shared values is extremely rewarding.”

As part of her development in the Armed Forces, Bernie is going on a career management course this year, designed to test leadership.

As an employer, what can I do to support Reserves Day 2019?

If you are an employer of Reservists, you can support Reserves Day firstly by encouraging your employees who are Reservists to wear their uniform at work.

Everyone can take part in one way or another. Here are some ideas – check out the easy to use Toolkit for loads of resources:

Put up posters in the office, place email signature banners on your emails.

Post an intranet article about the Reserves in your area.

Send a press release to your local paper showing your support for the Reserve Forces.

Support an Armed Forces Day event local to you.

Display an Armed Forces Day flag outside your office.

We’ve prepared an easy-to-use guide to taking part in Reserves Day for businesses. From drafting an internal email promoting Reserves Day, to where to buy an Armed Forces Day flag, we’ve got you covered! Read the guide now. 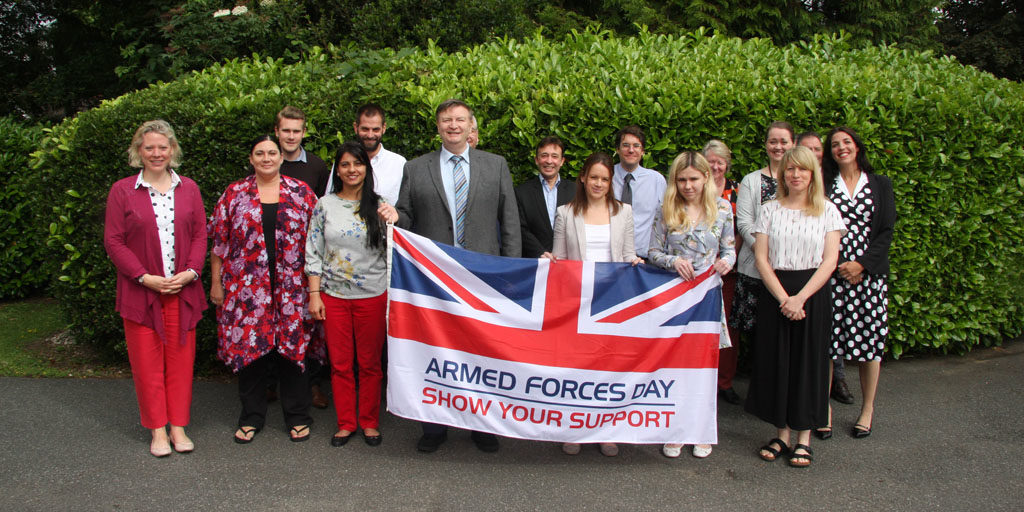 To ensure that Reservists are understood and appreciated, the Ministry of Defence invites Reservists to wear their uniform to work for one special day each year during Armed Forces Week, and encourages businesses to highlight the benefits of Reserve service to their workforce. Reserves Day 2019 is part of Armed Forces Week, culminating in a national Armed Forces Day event in Salisbury, Wiltshire on Saturday 29th June.

With this initiative, the Ministry of Defence aims to:
• Increase the favourability of Reservists amongst employers.
• Highlight to potential Reservists the compatibility between work and military life.

At any one time, there are between 200 and 300 UK Reservists deployed on operations at home and around the world, serving alongside their Regular counterparts. Join us in showing appreciation for the ordinary men and women doing extraordinary work protecting the nation’s security at home and overseas.

Find out more about Reservists and supporting Reserves Day on the Armed Forces day website.