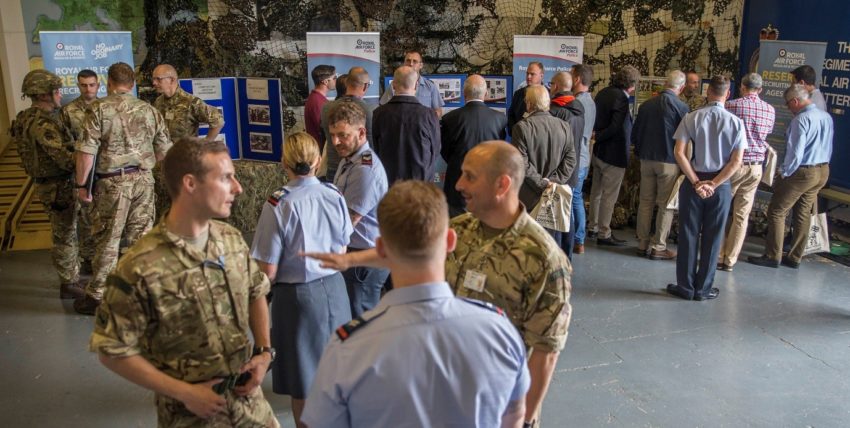 On 26th June, RAF Honington invited 36 local employers to the Station to celebrate the support they give to their Reservists and to further their knowledge of the skills Reservists can bring into the civilian workplace. 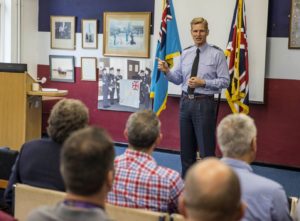 Station Commander, Group Captain Matt Radnall welcomed them to the home of 3 Tactical Police Squadron and 2623 Squadron RAuxAF Regiment, highlighting the work of the Reserve Forces Squadrons at RAF Honington. He explained how proud RAF Honington is of its history and place in the community and offered his appreciation for the high level of support received from those employers in the room.

Guests had an opportunity to look at equipment displayed on various stands, see the RAF Police Reserves in action as they displayed their Military Dog handling skills and test their own skills out on the range.

Sophie Banham from West Suffolk Hospital commented, “It was a fantastic day. We received a wealth of information that we can share with our colleagues and we now have the knowledge to support our current and ex-service men and women within the business.”

Terry Hicks from East of England Ambulance Service added, “It was a great opportunity to see what my Reservists do.” 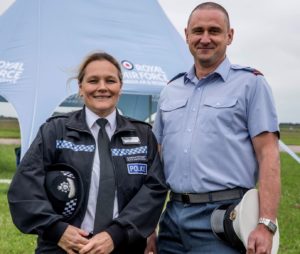 RAF Reservist Cpl Jason Finnegan had the opportunity to bring his boss Superintendent Ruth Dodsworth behind the wire to show her the work he does with the RAF Police. For Hertfordshire Constabulary, the knowledge of firearms and ammunition that Jason’s gained through his work with the RAF Police has led to many positive convictions in the area.

Forces TV attended the day and their report can be viewed here.