On Tuesday 25th February, Employer Engagement hosted a breakfast and briefing at Warley Army Reserve Centre to recognise and award supporters of SaBRE.

The audience was introduced to serving Reservists who gave presentations about their roles and the skills gained through military training and how in turn these are transferred back in to the workplace.

Monthind Clean are a Confirmed Supportive Company of SaBRE and were one of the companies awarded at the event. Monthind first became involved with SaBRE (Supporting Britain’s Reservists and Employers) whilst employing a member of staff who was also an Army Reservist.

SaBRE work with employers to explain the benefits, obligations and rights of employing a Reservist and also promote the transferable skills they receive through their military training that can be brought back into the workplace.

Among those recognised at the event were; Chelmsford City Council, Selex ES, Tendring District Council and Monthind Clean.

Director of Monthind Clean, Simon Biggs said: “As a previous serving soldier with the Royal Artillery and a Reservist myself until three years ago, I was extremely interested to hear how the Armed Forces is changing and placing more emphasis upon members of the Reserve Forces.”

Simon added, “We have built up a good relationship with SaBRE, who have provided valuable support for Monthind and together with my wife, have been lucky enough to have attended the Trooping of the Colour in London, as a guest of Kristina Carrington, Regional SaBRE Campaign Director.” 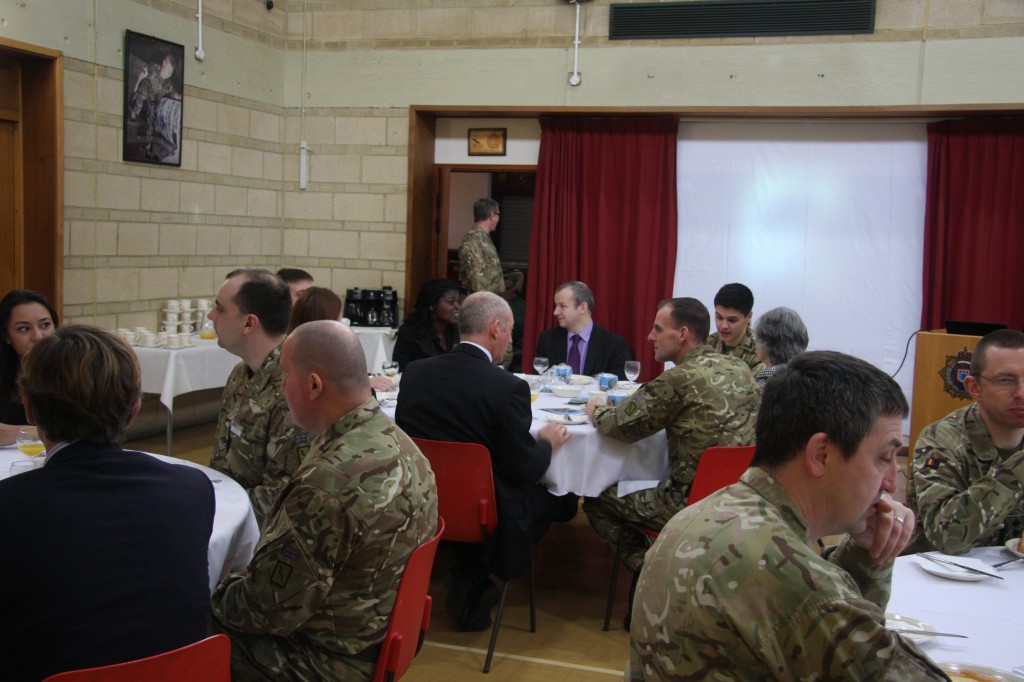 Those awarded were presented a framed certificate confirming their Supportive status by Iain Finch, a volunteer supporter of SaBRE and was signed by the Rt Hon Philip Hammond MP, Secretary of State for Defence.

Get in touch…
If you would like more information about Employer Engagement or to show your support please contact Kristina Carrington, Regional SaBRE Campaign Director. Contact number: 01245 244817. Or visit the Employers page of our website.