What do you do when you need a certain part to make your aircraft perform better? Do you wait for a supplier to get you the part, or do you use a 3D printer to print it for you in a day? This might sound futuristic, but it is exactly what BAE Systems is doing right now.

3D printing is the process of making a three-dimensional solid object of virtually any shape from a digital model. Solid items are generated at the touch of a computer button, transforming the image on the screen into an actual chunk of material that you can touch.

The printers can produce almost anything and industry is quickly catching on to this new technology, using it to create parts for turbines and even shoes. Nike demonstrated the versatility of 3D printing when it used the method to prototype and manufacture the 2012 Vapor Laser Talon football shoe for American football players. 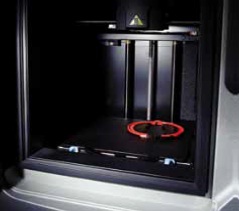 In early January 2014, BAE Systems announced that their engineers had created and flown a 3D-printed metal part for the first time bedded into a BAE Systems’ Tornado fighter jet. The metal camera bracket that was produced by a 3D printer was successfully flown from BAE Systems’ airfield at Warton in Lancashire.

Elsewhere, BAE Systems has engineers designing and producing 3D-printed plastic functional components at RAF Marham – home to three of the RAF’s front line Tornado squadrons – to support the aircraft when it is being maintained on the ground.

These parts are made from a plastic material and include protective covers for Tornado cockpit radios, support struts on the air-intake door and protective guards for power take-off shafts.

The obvious advantages of using this technique are savings of both time and money. The protective covers, for example, are made in a day for less than £100 a throw, meaning savings to date of £300,000 with a projected four-year reduction in manufacturing costs of £1.2 million.

BAE Systems claim that the technology is already being used to speed up and cut costs of aircraft repairs, maintenance and service in the RAF. And that capacity can only grow as the engineering techniques and spread of materials become more advanced. 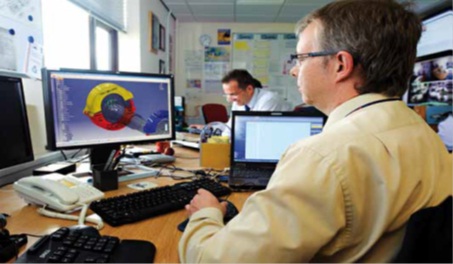 Given that a replica repair plate, guaranteed in its accuracy, can be turned around in a day, the benefits of the technology are self-evident.

Last September, US space agency NASA announced that it is planning to launch a 3D printer into space in 2014 for the first time to help astronauts manufacture spare parts and tools in zero gravity. The fact that the printers are relatively portable means that they could be used anywhere from an RAF base to the front line, producing desperately needed parts, something which could become a life-saver when on operations.

Mike Murray, Head of Airframe Integration at Warton, says: “You suddenly have a capability that gives you portable manufacture. What this means is you can put it wherever you like, whether it’s near the front line, or whether it’s on a base.

“You are suddenly not fixed in terms of where you have to manufacture things. You can manufacture the products at whatever base you want, providing you can get a machine there, which means you can also start to support other platforms, such as ships and aircraft carriers. And if it’s feasible to get machines out on the front line, it also gives improved capability where we wouldn’t traditionally have any manufacturing support.” 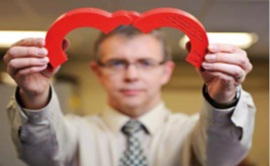 RAF personnel based at Marham have seen first-hand what can be done and are happy to be working in tandem with BAE Systems. Squadron Leader Michelle Casey is a structures specialist for Tornado’s engineering authority. She says: “It’s very much appreciated. We have evidence that the concept will work straight away, rather than trial and error going forward.

“If we come up with the right product first time, every time, which is what we are aiming to do, it means everybody is getting quicker, mitigating a lot of risk we have previously encountered. There is the old odage that a picture paints 1,000 words. This is even better.

“There is vast capability on site to support CMU (Combined Maintenance and Upgrade) and make sure that Tornado will be fully capable as it goes towards its out-of-service date and to maintain that capability because we are able to look after it on site.”

With the frontiers of 3D printing being constantly pushed back, the future of manufacturing for the Armed Forces could be very different to the present day. As Malcolm Ranson, BAE Systems’ UK on-base support engineering manager for Combat Air, succinctly surmises: “The only limit is the designer’s imagination.”