Hours after finishing their academic studies Cambridge University students found themselves in the middle of an Army training area in the dead of night, preparing to defeat an enemy force and secure a village.

The students who are members of Cambridge University Officer Training Corps were taking part in Exercise Urban Raider; a major leadership training exercise on Stanford training area that saw the launch of a Reserve Unit Partnership in East Anglia. 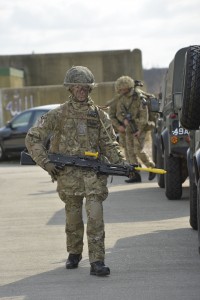 Joining them on the Exercise were Reserve and Regular soldiers from eight different units including 33 Engineer Regiment (EOD), 3 Royal Anglian, 254 Medical Regiment and 158 Transport Regiment. All of whom shared their skills with the Officer Cadets as they completed a series of scenarios including fighting in built up areas.

The Partnership has been created by the Commanding Officer of Cambridge University Officer Training Corps (CUOTC) Lieutenant Colonel Mark Nicholas. Its aim is to develop a stronger working relationship between Cambridge UOTC and East Anglian based Army Reserve units and Regular units that recruit from the region.

The University Officer Cadets will exercise with the Army Reserves at regular intervals throughout the academic year, providing them an insight into their roles and capabilities. This will benefit all the students including those who do not continue with their military career following graduation but may become the employers of Army Reserves in the future.

“The Exercise was a great way to launch the Partnership and showcase the skills and specialisms of the Army in our region,” said Lt Col Nicholas. “The Partnership will give the Officer Cadets the opportunity to learn new skills and improve on existing ones for example leadership and teamwork. 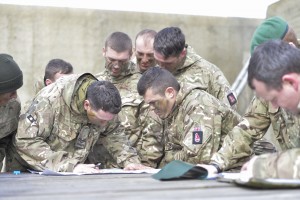 Although they may be aware of the reserves they haven’t necessarily had the chance to see them in action or exercise with them. The Partnership will change that.

“Some of our Officer Cadets will go on and join the Army Reserves or the Regular Army; some will call a halt to their military career after graduation. Whatever they decide the Partnership will ensure they have an understanding of the units in East Anglia and the opportunities open to them.”

OTC members are classed as Officer Cadets (OCdt) and are members of the Army Reserve, paid when on duty. UOTC members cannot be mobilised for active service. OCdts have no obligation to join the Armed Forces when they leave university and can resign from the OTC at any time. 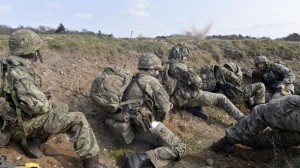 Junior Under Officer Billy Kensit, 20, who is reading History at UEA and graduates in June 2016 said: “Although I am not intending to make the Army my regular career I am considering joining the Reserves. This weekend has confirmed for me that if I do join a Reserve Unit I will be able to continue to enjoy

Army training and all the experiences that come with it. It’s been a great exercise; it was realistic and we were able to see how all the units and their individual strengths come together in one force.”