A 25 year old maintenance engineer and former NHS first responder from Red Lodge near Newmarket has answered the call of duty and become one of the newest officers in Suffolk Army Cadet Force.

In addition to four years as a volunteer attending emergency medical calls from the public across West Suffolk, Matt Dickerson has served in the Army Cadet Force as an adult instructor since 2008 and recently received a Type ‘B’ Territorial Army Queens Commission as a Second Lieutenant. 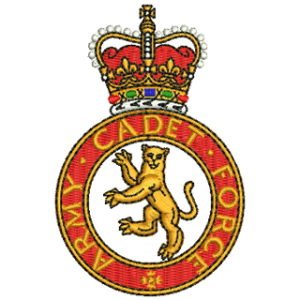 “When I was 14 I joined the Army Cadet Force in my home town of Stowmarket and got so much out of it that I just had to rejoin as an adult,” he said. “The challenge, excitement and opportunity to help young people to achieve their best in life is hugely satisfying.”

As a teenager Matt was appointed as a Lord Lieutenant’s Cadet in 2007 and was also an active member of the county first aid team. Seven years on he has successfully attended a cadet force officer selection weekend held at Westbury in Wiltshire where his leadership skills were put to the test and he passed with flying colours.

“I am looking forward to many years service as an officer in the cadet force,” he said. “ No previous military experience is needed and all training is provided free of charge. The chance to play a meaningful part in preparing local young people to take their place in society is a real privilege.”

Suffolk man born and bred, Matt attended Stowupland High School and achieved GCSE exams in Design and Technology before studying engineering at West Suffolk College. He is now a fully qualified mobile electrical and mechanical engineer working for Mitie at sites throughout the county.

His own cadet force experience shaped Matt’s life. As a young cadet he greatly enjoyed adventurous training and continues to enjoy mountaineering with his wife Charlotte. They aim to take part in the Three Peaks Challenge in 2015.

You can meet the Haverhill army cadet force team at their open day being held at the cadet building in Withersfield Road, Haverhill from 12 to 4pm on Sunday 30th November 2014. Everyone is welcome to come along and experience what the cadet force has to offer.

Get in touch…
More good news is that the Army Cadet Force is looking for adults who share Matt’s passion for assisting young people to achieve. No previous military experience or high levels of fitness are required. The ACF needs people with common sense, drive and determination who have the ability to communicate with young people and lead other adults in shaping their future. Benefits include free training and equipment, repayment of expenses and payment for time given. Management qualifications are also on offer, which could also improve personal career success.

For more information about the army cadet force and how you can be part of it call 01473 252562 or visit www.armycadets.com