A new course to help meet the mental health and social care needs of the UK’s estimated 4.6 million military veterans has been launched by Anglia Ruskin University.

The Masters Degree (MSc) in Military Veterans and Family Studies is a unique course which will provide education and training for people working with veterans, either in the health service or within charities. Studies have shown that, although the majority do well, approximately one in five veterans may develop mental health problems after leaving the Services.

Depression and alcohol misuse are the most common mental health disorders, some veterans are also vulnerable to social exclusion, homelessness and involvement in the criminal justice system. Risk of suicide and depression is heightened immediately after making the transition to civilian life although; other than Army males under 25 years of age, rates are lower than the UK general population.

Peter Poole, Director of Strategic Planning and Partnerships at Combat Stress, said: “While the majority of the 20,000 people who leave the Armed Forces every year successfully transition to civilian life, a significant minority can face difficulties. This course will ensure that there are better informed professionals to meet their needs.”

Approximately four per cent of Regular serving personnel returning from deployment in Iraq and Afghanistan report symptoms of post-traumatic stress disorder (PTSD). This is similar to the prevalence of PTSD in the general UK population. Veterans are also much less likely than the general population to seek immediate help for their problems, often taking several years to do so.

When leaving the Services, healthcare provision transfers to the NHS but the upheaval of leaving the ‘military bubble’ can make it difficult for veterans to engage in civilian mental health services. 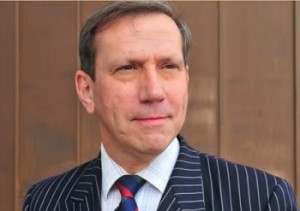 Professor Jamie Hacker Hughes served in the Army in the 19702 and 1980s, and became the MOD’s head of clinical psychology. He conceived and developed the MSc in Military Veterans and Family Studies at Anglia Ruskin.

Professor Hacker Hughes said: “The mental health needs of military veterans and their families receive significant attention. However, there is still an unmet need for a progressive course that can address education and training on issues of military and veteran mental health and social care.

Anglia Ruskin’s MSc will be delivered by experts in the field and will provide students, professionals working in the military, allied healthcare, NHS and third sector, with the knowledge that is necessary to work effectively with their military and veteran clients.”

The course, which began in September, will cover a range of issues including the effects of traumatic exposure, adjustment to injury, and reintegration to family and civilian life. A number of stakeholders have helped in its design, including the Department of Health and NHS, the MOD and Combat Stress, the UK’s leading charity specialising in the treatment and support of veterans with mental health problems.

Diane Palmer, who is Service Manager at Veterans First, The North Essex Veterans Service, said: “This is an exciting and unique new course that will provide a range of professionals and clinicians with the underpinning knowledge and skills to work with our Armed Forces and veterans. Those who successfully complete this course will be prepared to work at both a clinical and strategic level within specialist services.”