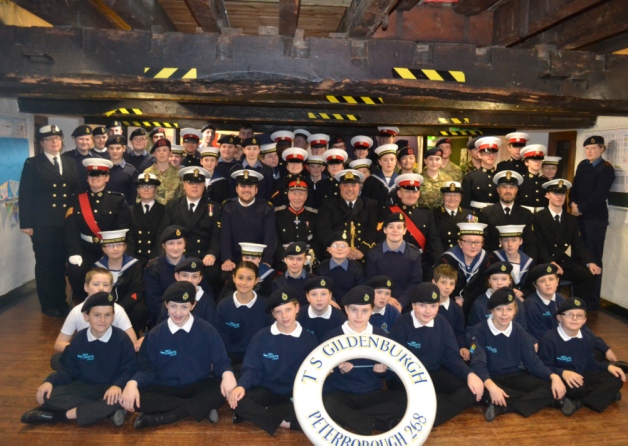 Peterborough Sea Cadets are celebrating after receiving an award which puts them in the top 25% ‘best performing’ units in the country.

Members of the unit were handed the Burgee Award at the cadet’s annual ceremony held at Customs House in Peterborough on Friday (January 23).

Further honours were also presented to individual members, including Marine Cadet Corporal Rickinson, who was awarded the Top Corporal from the Eastern area prize. With thousands of Sea Cadet units across the country,

Peterborough had to beat stiff competition to claim the honour. Chairman of Peterborough Sea Cadets, Andy Tannock said: “It’s absolutely brilliant and a real achievement not only for the cadets but the staff as well.”

Get in touch:
For further information about joining or volunteering call 01733 551713.