Zip-wiring in Wales. Gliding in a Viking. Visiting an RAF Air Traffic Control tower. A trip to Sweden.

These are just some of the activities Norfolk & Suffolk Wing Air Cadets were able to take part in over the summer.

A group of cadets aged from 13 to 20 went mountain biking, kayaking, rock climbing and zip lining in the beautiful welsh countryside at the National Air Cadet Adventure Training Centre in Fairbourne, North Wales.

Another group of cadets visited active RAF Stations, where they explored working sections such as the engineering bays, police flight and Air Traffic Control. 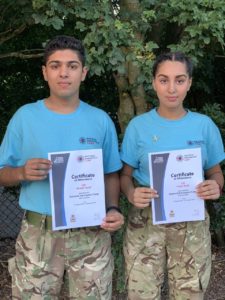 Twelve cadets from the Wing joined a team of 350 at RAF Syerston for a week at the National Aerospace Camp with 2 FTS (Flying Training School).

Here they were able to learn about aviation, STEM and space travel from serving personnel and industry experts such a Rolls Royce and BAE Systems.

Brother & sister, Amaan and Inaya Ayub from 221 (Great Yarmouth) squadron said: “One of our highlights was that we were chosen to go gliding in a Viking! What a life changing experience! It was our first time and we loved every minute.  We are both humbled to have been given the opportunity to have such an amazing experience.  The whole camp has been simply awesome.”

Four of the Wing’s most senior cadets went abroad to France, Sweden, USA and Canada with one of the most prestigious camps, the International Air Cadet Exchange.

FS Watts from 301 (Bury St Edmunds) Squadron, who is one of the few cadets in the Wing who is a Qualified Aerospace Instructor, was lucky enough to visit Sweden, and amongst trips to Stockholm, private visits to air bases and an exclusive view of the Swedish Defence Air Show, the trip included a once in a lifetime flight in a jet trainer aircraft, climbing to 10,000ft and doing aerobatics.  On returning to the UK she added “The whole trip was an absolutely fantastic experience that is certainly a highlight of my cadet career.” 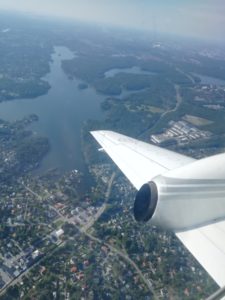 It is estimated that over 200 of cadets from across Norfolk and Suffolk attended at least 1 of the camps on offer to them over the summer period.

2019 was one of the busiest camp seasons the Wing has had in recent years.  Wing Commander David Miller – Officer Commanding Norfolk & Suffolk commented: “The breadth and variation of opportunities that we have had on offer to our cadets this year has been amazing, and I can not speak highly enough of what the Air Cadets can offer the young people in our community.”

He added: “It wouldn’t happen though without the tireless support from our adult volunteers that give up their time to support these activities.”

The Wing is also looking for more adult volunteers to help support young people throughout their cadet career, with both uniformed and civilian roles available.  Further details can be provided by local squadrons. 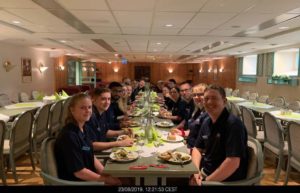 All photos copyright to Norfolk & Suffolk Wing courtesy of media.nsw@aircadets.org

Cpl Ayub getting ready for his first flight in a glider