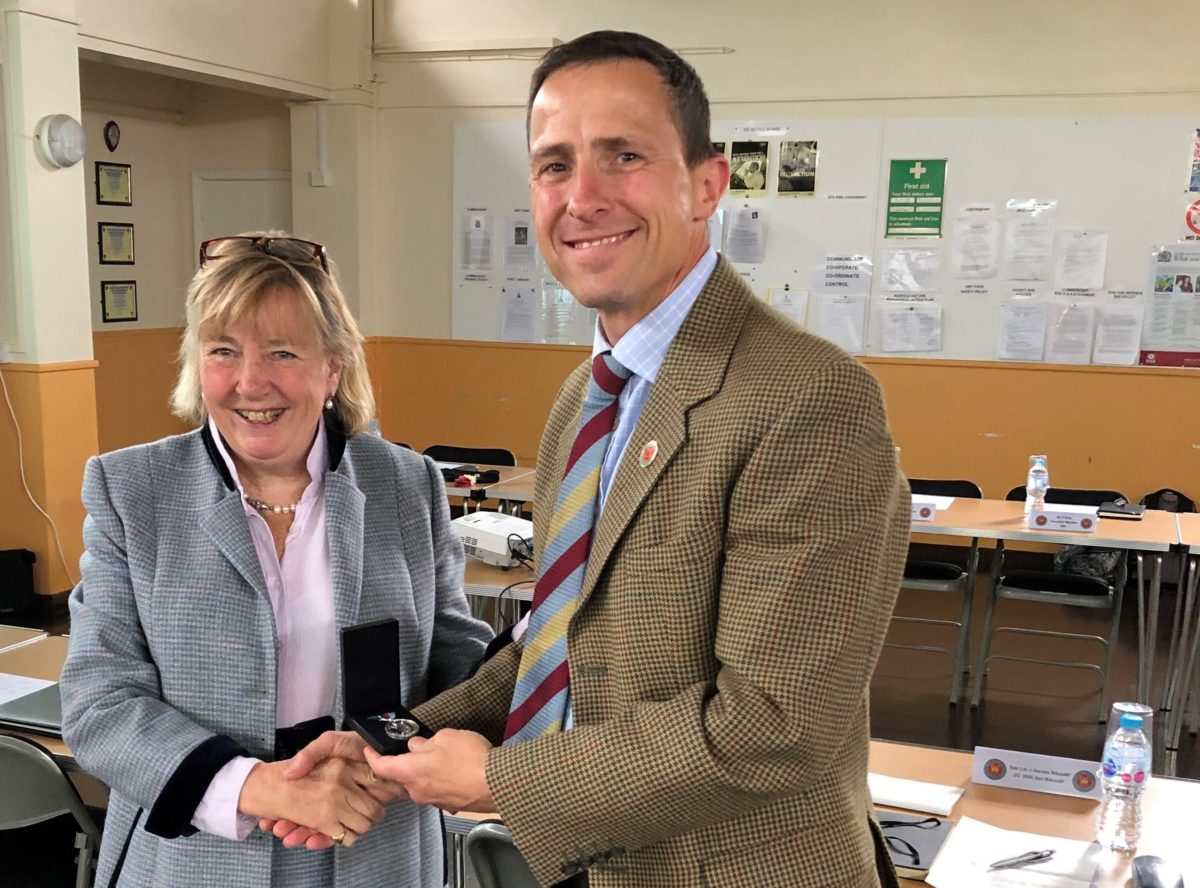 Major Bob Gibbs was awarded his VRSM by the new Lord Lieutenant of Norfolk, The Lady Dannatt MBE, at a recent Norfolk RFCA meeting.

Bob was an Army Cadet with Cadet Norfolk Artillery Battery in Norwich from 1978 to 1983. He joined the British Army in 1983 and on completion of his Regular Army career in 2010, he joined 254 Medical Regiment on a Full Time Reserve Service contract.

In 2017, Bob joined Norfolk ACF as their CEO and stayed on with 254 Med. Reg. as their Employer Engagement Officer until October 2019.

Bob retired from the Army Reserves to dedicate the remainder of his working life to the needs of the Army Cadet Force in Norfolk, from where his relationship with the Army had first started.

The presentation of Voluntary Reserve Service Medal, an award all Army Reservists qualify to receive having given 10+ years unbroken service, was made to Maj Gibbs on Thu 3 Oct 19 by Her Majesty’s new Lord Lieutenant of Norfolk, The Lady Pippa Dannatt MBE, prior to the start of her inaugural Norfolk County Forum of the East Anglia Reserve Forces & Cadets Association, which was held at the Cadet Centre in Dereham, Headquarters of  Norfolk’s Army Cadet Force.

East Anglia RFCA counts four reservists among it staff members, and offers additional paid leave so they can go on training exercises.