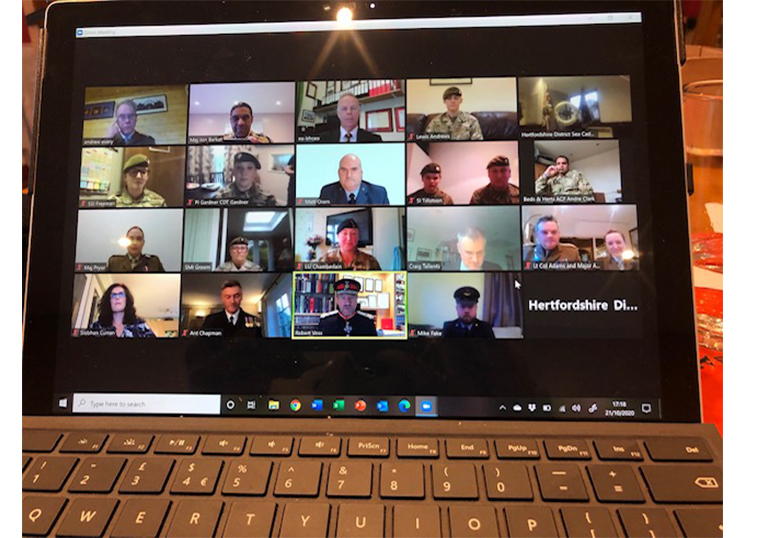 The Lord-Lieutenant presented Certificates for Meritorious Service to 5 adult volunteers.

For their hard work and dedication to their organisations, the Lord-Lieutenant’s Certificates for Meritorious Service were awarded to:

The Lord-Lieutenant presented two Hero of Hertfordshire Awards to 2 adults from the Sea Cadets.

Petty Officer Riste for her work with the Hertfordshire Independent Living services, delivering hot meals to the community during COVID and also working with young people in Letchworth and Hitchin. This enabled them to gain qualifications in engineering, piping, and boating. 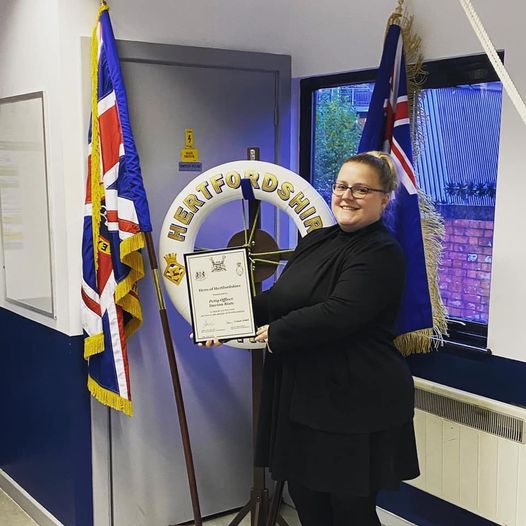 Petty Officer Harvey received his award for his outstanding community work with his motorcycle club, Kaotic Angels LEMC, collecting food from Compassion London and then distributing to those in need on their motorcycles, including to the homeless. 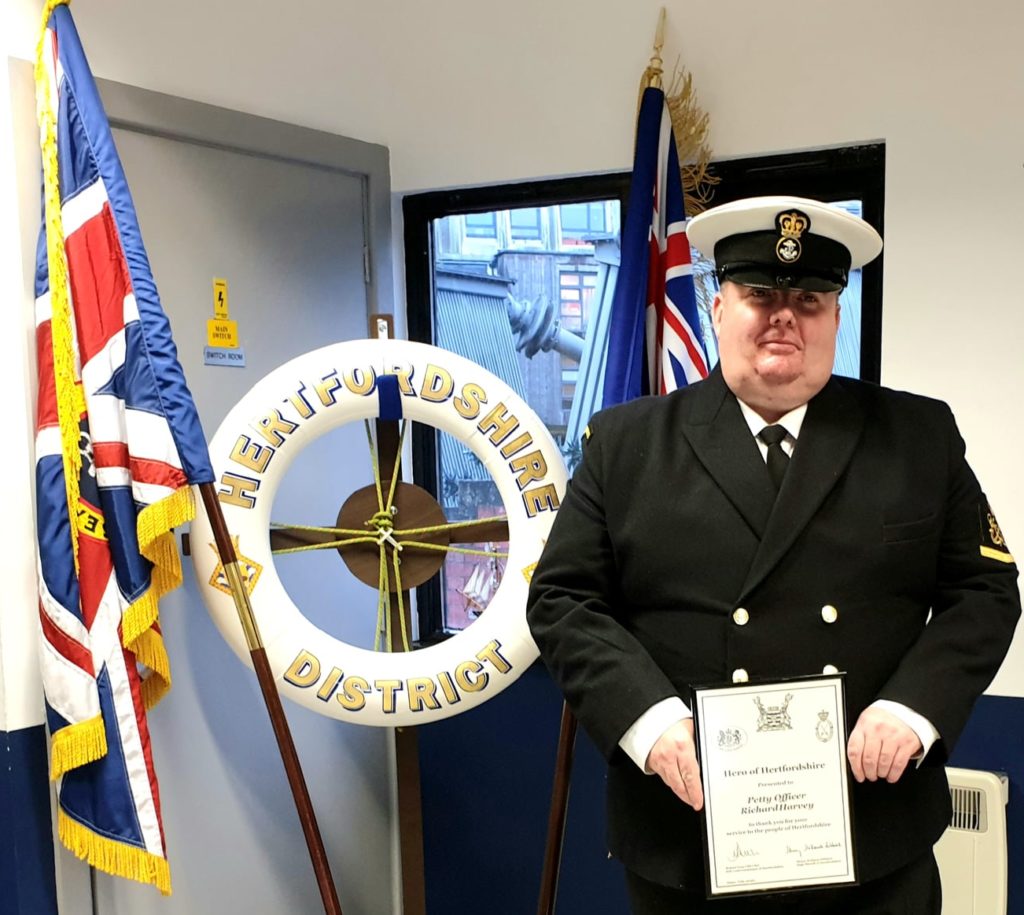 SSI Freeman, PI Gardner and Cadet Sgt Andrews from the St. Albans ACF detachment received the award for their part in assisting a member of the public who was injured in a bicycle accident near the detachment. 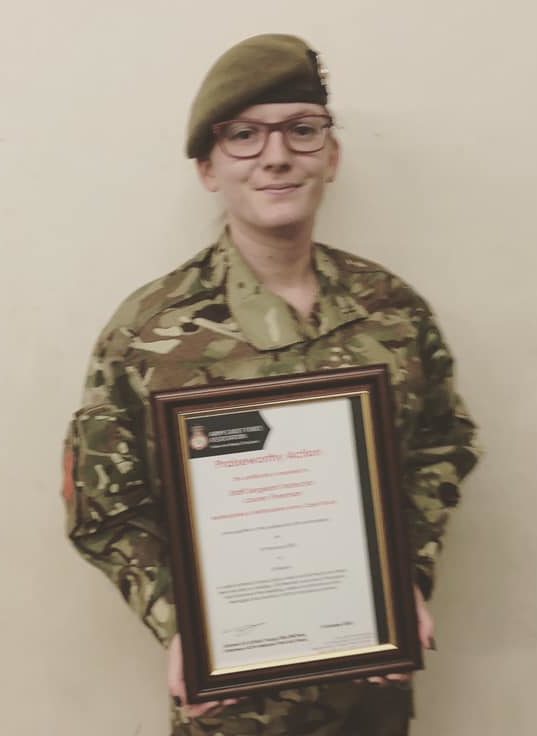 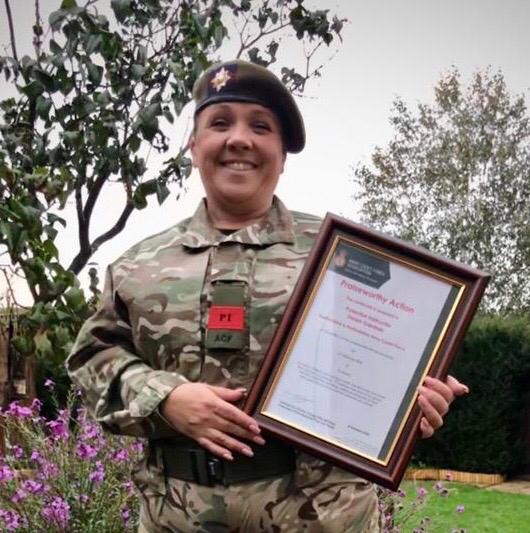 Cadet Cpl Tillotson of the Hemel Hempstead ACF detachment received the award for administering first aid after her mother collapsed after complications with her diabetes medication. 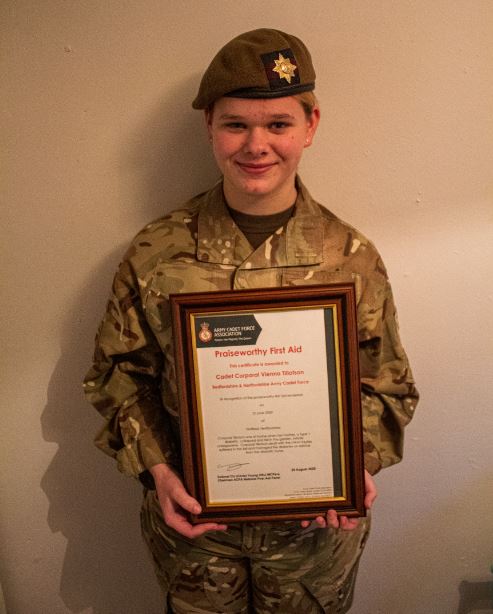 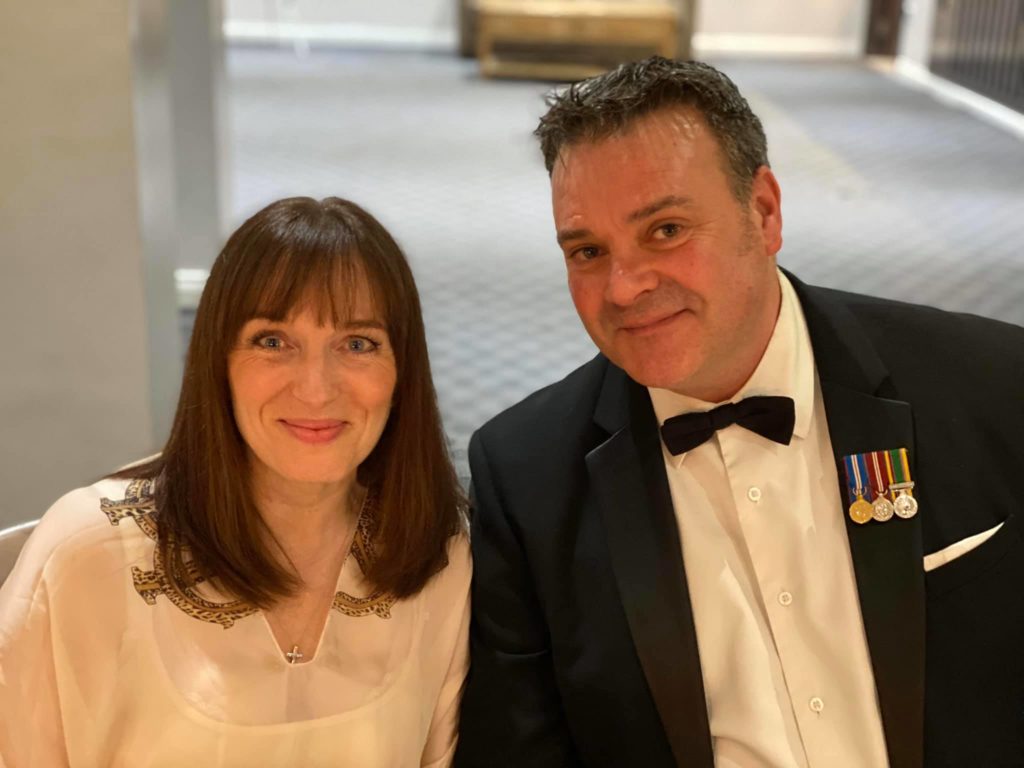 The cadets are given this opportunity in recognition of their hard work and commitment. The following cadets were appointed:

Despite the ceremonies not being face to face as they would have been pre-pandemic, all the recipients were thankful to the Lord Lieutenant for taking the time to present these awards and look forward to meeting him in the future when conditions allow.