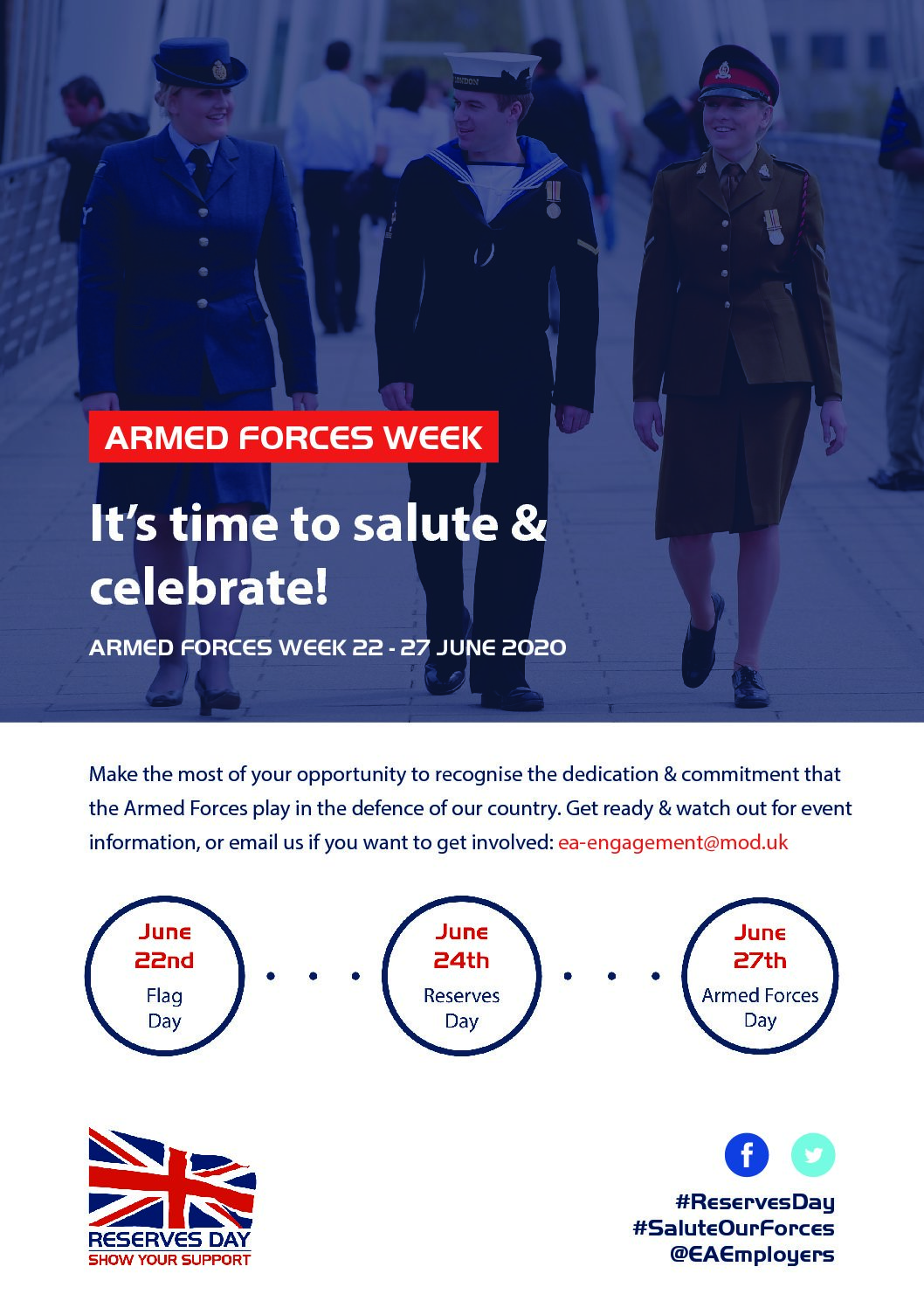 Focus7, a small Hertfordshire based business, are leading the regional charge in promoting Armed Forces Week; the national celebration of the UK’s Armed Forces. Working closely with East Anglia RFCA’s Employer Engagement team they hope to inspire other businesses to support Defence via a digital campaign.

Ordinarily, during the week leading up to Armed Forces Day (27th June), many employers host activities and events to highlight their support to Defence but given the COVID-19 situation, things are being done a little differently this year. Activity is moving online so people will still have a chance to show their support for the men and women who make up the Armed Forces community: from currently serving troops to service families, veterans and cadets.

Focus7 are a brand-led business growth and marketing agency, who support business and organisations to find the heart of the business and make it beat faster. They are also an outstanding supporter of the Armed Forces Community having been awarded the Ministry of Defence’s highest badge of honour; the Gold Employer Recognition Scheme Award in 2019.

As part of the campaign, more than 3500 local East Anglian businesses will be encouraged to get involved with Armed Forces Week via a dedicated microsite and a series of tailored emails offering tips and advice on how their business can lend support to the Defence community and get involved with the national celebrations.

Vida Barr-Jones, CEO, Focus7, comments, “Supporting the Armed Forces is right at the beating heart of Focus7. Not only do we have ex-Forces employees and army veteran Leona Barr-Jones as our Chief Operating Officer, but we also won the Employer Recognition Scheme (ERS) Gold Award in 2019 for our boundless support of Defence People in the workplace. This includes our guaranteed interview policy for ex Forces candidates and our close working relationship with the Career Transition Partnership (CTP), which lets us connect with these phenomenally talented individuals.  We are also delighted for the second year running, to support East Anglia RFCA and Employer Engagement with the awareness email, poster and social media campaign for Armed Forces Week across our region.” 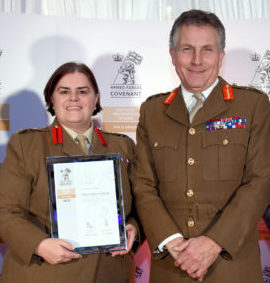 Our Regional Employer Engagement Director, Kristina Carrington, says, “The support Focus7 devote to our Armed Forces Week campaign ensures we are able to reach out to all employers based in East Anglia encouraging them to show their support.  They are to be commended on their continued advocacy.”

And the Focus7 team haven’t stopped there in creating a truly joined-up campaign. They have also designed a poster to encourage employers to take part in the campaign. For instance, the poster can be displayed in their offices or shared via intranets and digital spaces to show people how they can get involved.

All of this will further be supported via a social media campaign led by @eaemployers on Twitter and Instagram.

Our very first Twitter Thunderclap will be happening on Wednesday 24th June and we invite you to help us make this a success by scheduling the following tweet at 1100hrs:

Across the country, organizations of all sizes from different industries are taking part in Armed Forces Week, in a personal and engaging way that fits with what they’re able to offer. Anyone wishing to take part in Reserves Day 2020 should visit the Focus7 microsite or contact Kristina Carrington, Regional Employer Engagement Director at ea-empsp@rfca.mod.uk.