You are here: Home > Public News > Essex County officials honour outstanding teenagers at special ceremony in recognition of their service to the community
◄Back to News 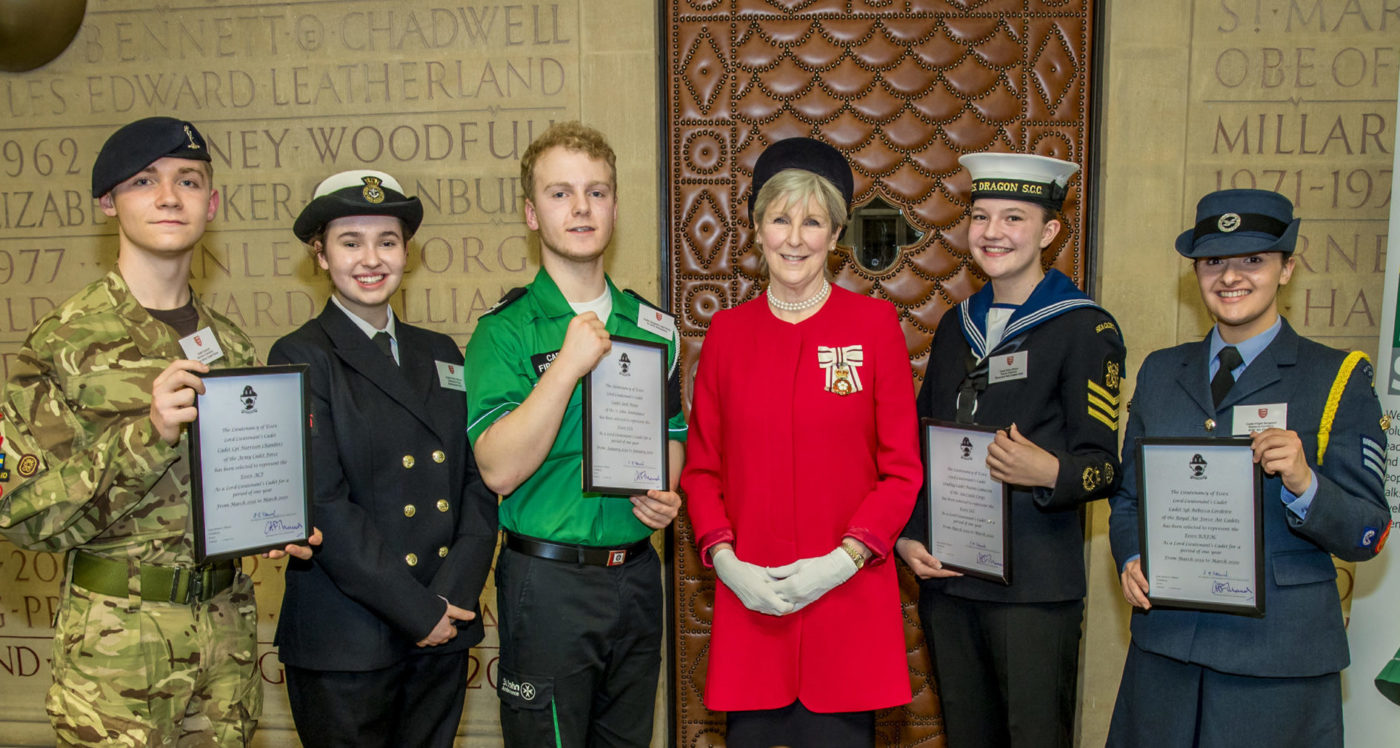 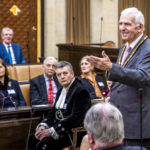 Cllr John Jowers, Chairman of Essex County Council, said: “I am extremely proud to have hosted the second cadet reception at County Hall and had another opportunity to celebrate the achievements of the outstanding young people serving in the sea, army, air and combined cadet forces. These young people really are a force for good and an inspiration not only to their peers, but also their local communities.

“It is truly testament to the quality of the cadet experience being delivered across Essex that so many young people want to get involved and I look forward to seeing this long-standing tradition upheld going forward.”

The Lord-Lieutenant of Essex, Mrs Jennifer Tolhurst, appointed five Lord-Lieutenant’s cadets at the event (featured image). Each year, the best of the Cadet Forces are chosen for this prestigious role. Their appointment acknowledges their outstanding contribution to their cadet service and to the community.

Outgoing Lord-Lieutenant’s cadets from the previous year, having completed their duties, were awarded certificates. They were:

Mrs Tolhurst said: “I could not be more proud of my cadets.  The Lord-Lieutenant’s cadets are chosen as the best of their organisation.  They are always smart and courteous; they manage their very full lives well; they are confident and fun to be with.  I wish them very well for the future and look forward to working with my 2019 cadets”.

Mrs Tolhurst awarded five cadet force instructors the Lord-Lieutenant’s Certificate of Merit at the event.  Only those who have done more than is expected of them, and have rendered outstanding service to their cadet force are put forward to receive this coveted award. The recipients were: Petty Officer Lisa Cripps and Lieutenant Richard Squire of the Sea Cadet Corps, Sergeant Major Instructor  David Cheesman  and Colonel  Iain Macdonald of the Army Cadet Force and Wing Commander Chris Morrell of the RAF Air Cadets.

Colonel Ray Wilkinson QVRM TD VR DL, Chief Executive of the East Anglia Reserve Forces’ and Cadets’ Association said: “Through our work with the Cadet Forces, we see how they inspire young people to challenge their limits, grow their abilities and go further in life regardless of religion, ethnicity and social background. These cadets and instructors are very worthy of recognition.”

Essex has a long tradition of young people volunteering in the uniformed services; currently over 400 adults and 3,300 young people are taking part across the county. Each of these organisations welcomes new enquiries to join as a cadet or adult instructor. Visit their websites for more information and how to join.

Swapping cadet stories in a RAFAC, SCC and ACF