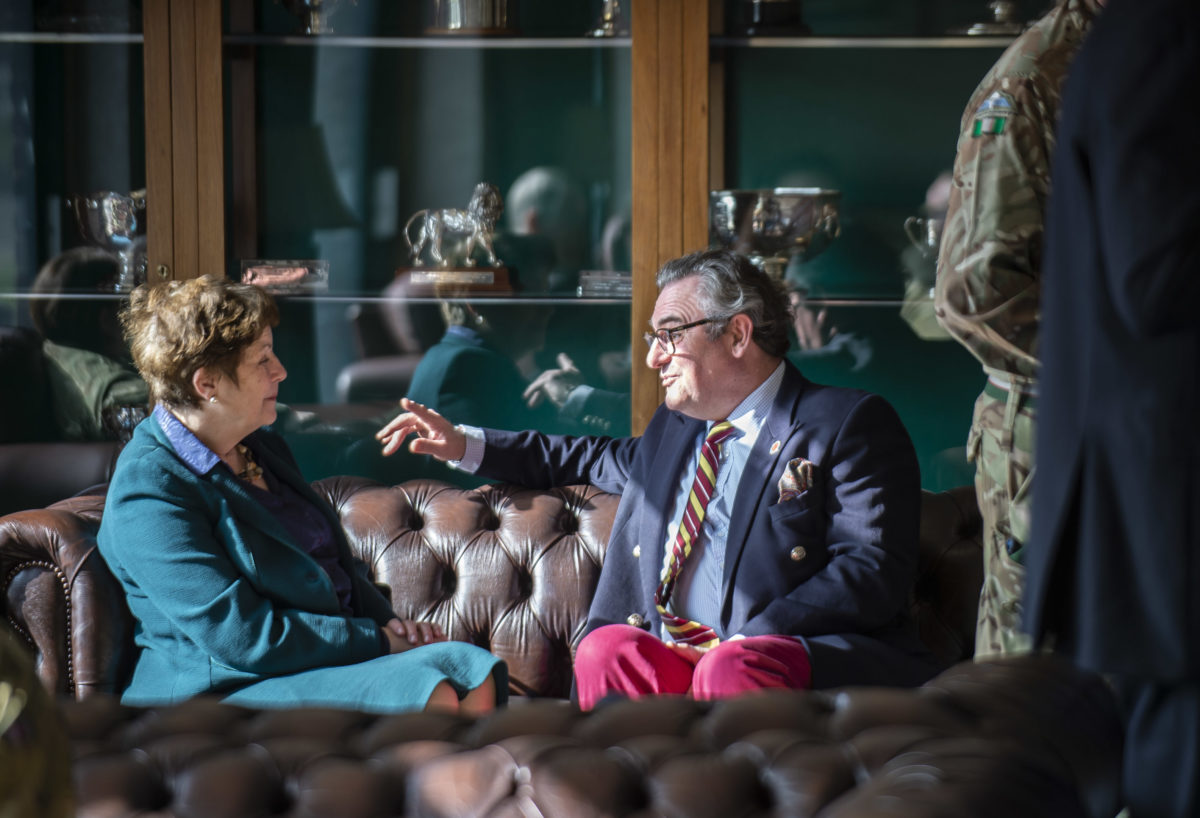 On his appointment to Deputy Lieutenant, Anthony said: “I am deeply honoured and I think it is much more a mark of the esteem in which the RFCA and our Reserves and Cadets are held than anything I have done!!”

Indeed, about 20% of East Anglia RFCA members and staff hold the appointment of Deputy Lieutenant in their respective counties. The primary function of a Deputy Lieutenant is to assist the Lord Lieutenant in carrying out their role as the Queen’s Representative. This might include representing the Lord-Lieutenant upon the arrival of dignitaries to the county, supporting the Lord-Lieutenant at presentations of Queen’s Award ceremonies, Queen’s Award for Voluntary Service or attending Remembrance Services.

Anthony will represent the Lord Lieutenant at a Memorial on Remembrance Day and he is also involved in the planning of some unique military ceremonies. Last year, he planned Suffolk county’s Cathedral service to mark the centenary of the Armistice and he is currently helping to plan how they commemorate the 75th Anniversary of VE and VJ day next year.

Anthony will serve in this appointment for an initial period of 5 years. Being Honorary Colonel allows him to do more of what he enjoys most; spending time meeting the cadets and dedicated adult volunteers. This year he visited two of the Suffolk Army Cadet Force Companies on collective training weekends out on STANTA, and he visited Annual Camp.

Anthony said: “Each of the visits allows me to see first-hand how much our cadets enjoy themselves out in the field, learning new skills and testing themselves in ways they would never expect.”

“It is about fun, friendship, action and adventure underpinned by core military values that enable them to develop really important life skills that will help them in the future – confidence, communication, teamwork, leadership, taking responsibility, supporting others. You can see the cadets grow in confidence.”

“But of course none of this would be possible without our Adult Volunteers and our Cadet Force Officers. and so the visits are also a chance for me to thank them for all that they do.” He added: “One of the best things to be asked to do is to present an award or make a promotion. I hope I make them feel proud of what they have achieved.”

Anthony said of his predecessor: “Colonel Paul was an inspirational and utterly charming man, he was a Regular soldier, commanded a TA Battalion of the Royal Anglian Regiment and was subsequently Colonel Commandant and Honorary Colonel of Suffolk ACF. He was a Suffolk man through and through and someone I had huge respect for.”

So for the new Honorary Colonel of Suffolk Army Cadet Force, the three most important things that he can do are:

Anthony has recently set up a Cadet and Youth Engagement Group within the Suffolk Forum, working with other uniformed and non-uniformed youth organisations and County Council children’s services, to look at how the Forum can help tackle some of the social issues that are so prevalent in the more disadvantaged areas of Suffolk.