You are here: Home > Public News > Cambridge Cadet offered apprenticeship at The Worshipful Company of Security Professionals
◄Back to News 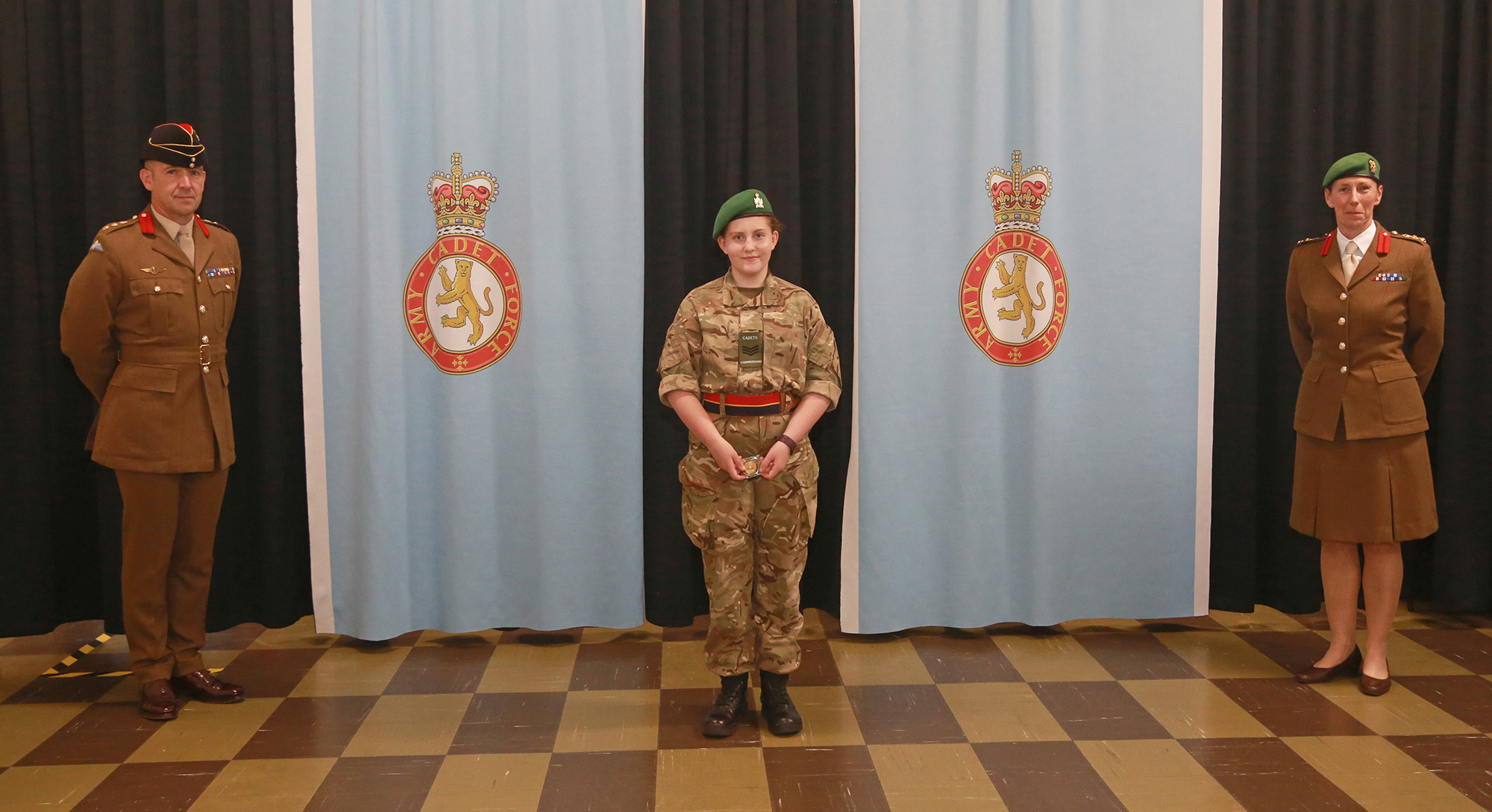 Cadet Sgt. Charlotte Wallace of Cambridge Army Cadets was awarded an apprenticeship with the Worshipful Company of Security Professionals.

The Cambridge detachment has a strong relationship with the Intelligence Corps, whose affiliated Livery Company is the Worshipful Company of Security Professionals (WCoSP). Their apprenticeship encourage an interest in the security industry and The London Livery, (London’s ancient and modern trade associations and guilds) through participation in events and meetings but does not conflict with her college studies.

Charlotte applied to the apprenticeship because: “I thought it sounded like a great opportunity and could be good for me to find out more about career options.”

To the delight of detachment commander 2Lt Vicky Houghton, colleagues and friends, Charlotte was accepted for the four-year apprenticeship. She reflected:” I think I was successful based these statements and the commitment I have shown within cadets, and my career interests, which include forensic science.”

Charlotte joined the ACF in 2016, and progressed through all levels of the army cadet training syllabus, achieving the status of Master Cadet and a leading role in her detachment. She is currently studying Uniformed Services at Cambridge Regional College.

Through the ACF, she also achieved a BTEC Level 2 Diploma in Teamwork and Personal Development and is working towards her Silver Duke of Edinburgh Award. Charlotte took full advantage of the opportunities presented to her in the ACF, from attending STEM (Science, Technology, Engineering and Maths) camps to spending a week learning to ski. In 2018, she undertook impressive research on the Cambridgeshire Regiment during WW1, as part of the ACF’s battlefield tour of The Western Front.

Charlotte is enthusiastic about the new possibilities available to her. “I am very excited by this opportunity and gaining the chance to meet interesting people and visit places not always accessible to everyone. I will get the chance to visit and speak with people working in many aspects of security, for example members of the Police Force and possibly the London Mint. My first event will be in November, in London, for my official enrolment.”

Cadet Commandant Colonel Fraser-Hitchen said: “Charlotte’s achievements are the epitome of all that is good about the Army Cadet Force. She is only the second apprentice to be picked up by this scheme, which sees her being mentored by a number of professionals for the next four years. She has only been able to do that, of course, with the significant training, experiences and activities that she’s been able to gain from her service in the ACF. She’s done really well, she’s put the effort in, she knows exactly where she is going, so very, very well done to her.”