You are here: Home > Public News > Cadet instructor from Suffolk on the Queen’s Birthday Honours List 2020
◄Back to News 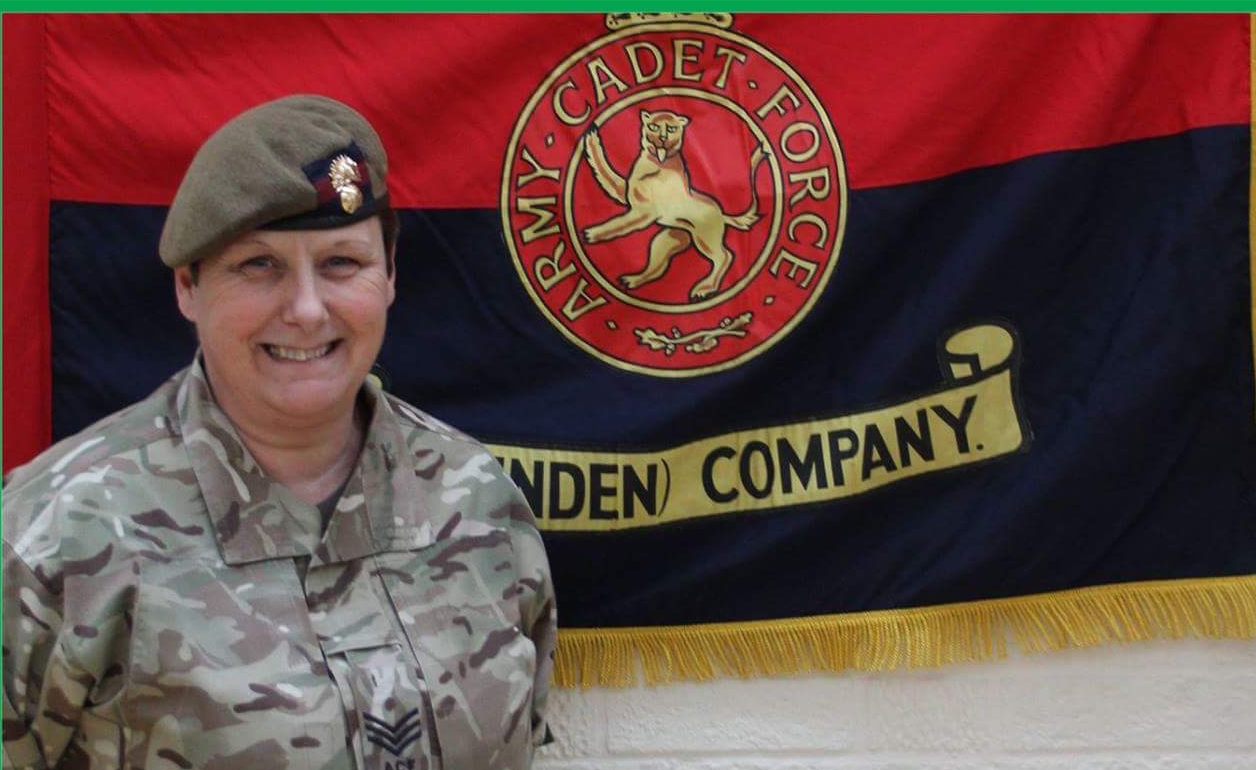 SSI Lesley Utting, a cadet instructor for Suffolk Army Cadet Force, was awarded the British Empire Medal for Meritorious Service to Suffolk ACF and the youth of Suffolk.

Lesley, a mum of 4 and gran to 7 from Thetford, has been a cadet instructor for over 18 years and “still loves every minute of it.” When she isn’t volunteering, Lesley is a driver for Vertas, driving children with special educational needs to and from school.

Lesley’s tremendous achievements in the Army Cadet Force provide us an opportunity to remind existing CFAV, and anyone thinking about becoming a CFAV, of the skills and experiences that are open to people in the Cadet Forces.

Lesley said: “Cadets is something I truly believe in and am very passionate about. I have done, and been involved in, so may great things as an instructor which I may never have done had I not joined the ACF. I really enjoy the weekends away training and Annual Camp, I have also been involved with shooting, AT and combat cadet.”

Lesley wasn’t in the Cadet Forces herself as a youngster. She became involved with the cadets after her eldest daughter joined as a cadet in 2001. She began by volunteering as a “civilian assistant” (CA) in October when her daughter’s detachment appealed for help with female cover. After 4 months, and although she had no military experience, Lesley decided that the cadets was something she would like to be a part of and get more involved with, so she enrolled as a “potential instructor” (PI) with Norfolk ACF.

“My motivation for staying is that I enjoy being part of the ACF and all the great opportunities it has to offer both CFAVs and Cadets alike,” said Lesley. She added: “I also like to see the cadets achieve, progress and grow from young teenagers into confident young adults, and to also give something back to the youth of Suffolk.”

Lesley runs the Ixworth detachment and the adult instructors and cadets there have achieved so much together, including:

She also takes on responsibilities for her county as the Sports Officer for Suffolk Army Cadets. She is behind getting the cadets interested in sports and the county has scored well in Regional and National sporting events. She said: “I’ve developed skills in leadership and management, teaching, motivation, and planning events.”

Major Keith Humphrey, Cadet Executive Officer of Suffolk Army Cadet Force said: “On behalf of all who are associated with Suffolk ACF (past & present) I am sure that you will join me in wishing her many congratulations on this prestigious award, which is justly deserved and to my knowledge, possibly, the first of its kind to a CFAV at SACF.”