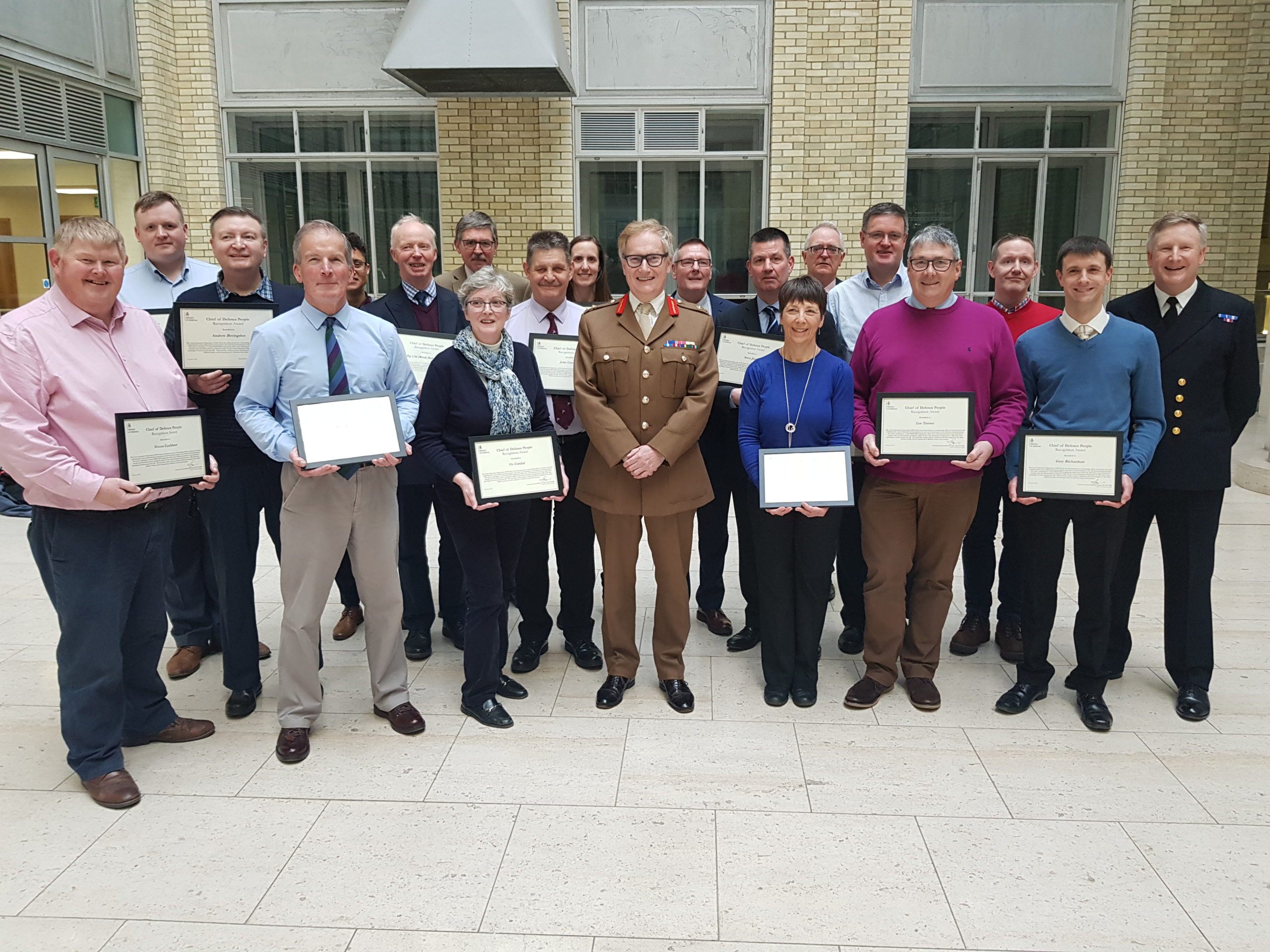 Andy Bovingdon has been the Cadet Expansion Officer for East Anglia since the CEP began in 2014, and he has been instrumental in establishing 29 new Cadet Units in that time.

On receiving his award, Andy said: “I thank all of our partners who have collaborated to achieve the success of forming cadet units in Schools under CEP. It really has been a team effort, by Schools, Educational Trusts, Single Services, Cadet Forces and many, many impressive individuals. It has been a delight delivering the fabulous life-enriching skills, training and opportunities gifted to school students via the ‘Cadet Experience’ which is invaluable to better preparing them for life beyond school.”

Each team member also received a personal letter of thanks for their achievements in forming CEP Units, personally signed by Commodore Fry (MOD Head of Youth and Cadets).

The target was achieved 6 months ahead of schedule and the certificate cites that the team has, without doubt enhanced both the strength of the wider Defence Family and the reputation of Defence across Government. The achievement of the CEP target was announced formally by Defence Secretary Ben Wallace, Education Secretary Gavin Williamson and Minister of State for the Armed Forces Mark Lancaster.

The CEP Scheme is now closed to new applicants and any schools interested in starting a Combined Cadet Force unit or Sea Cadets unit will be treated as ‘business as usual’ by the Single Services.