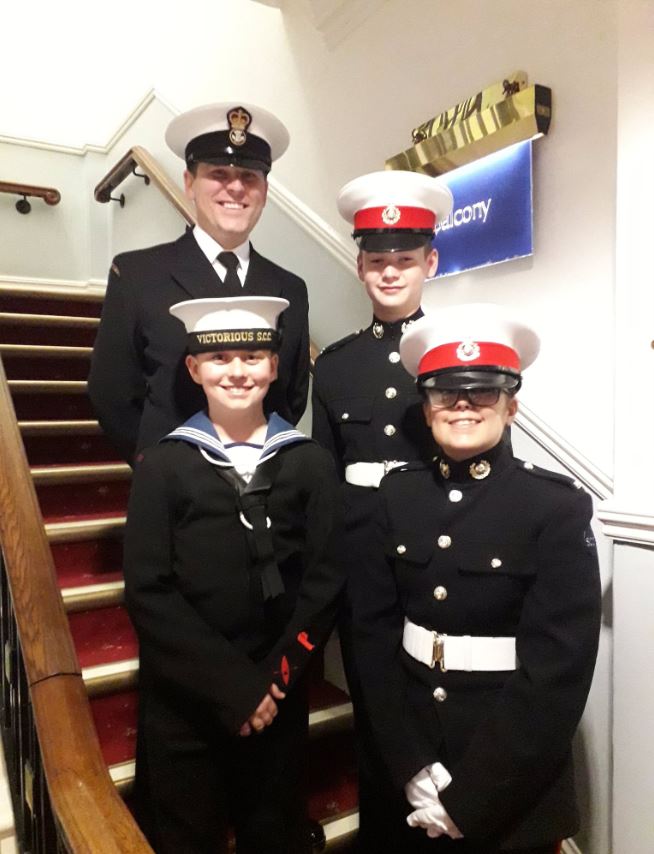 PO Berry along with 6 cadets attended the St George’s Day concert at the Bedford Corn Exchange. The concert featured the Band of the Coldstream Guards, who also played Happy Birthday to Her Majesty the Queen outside Windsor Palace on Easter Sunday.

Tomorrow is 🏴󠁧󠁢󠁥󠁮󠁧󠁿 #StGeorgesDay 🏴󠁧󠁢󠁥󠁮󠁧󠁿 and we will be performing at #Bedford Corn Exchange in aid of @LLieutenantBeds charities. It’s very nearly a sell-out but there are a handful of tickets left: https://t.co/YK0XEzA9xI 💂 #Bedfordshire pic.twitter.com/DpBMmluihP

The Lord-Lieutenant, Mrs Helen Nellis, thanked the cadets on Twitter: “The Cadets were all fabulous assisting at the #StGeorgesDay Concert at @Bedfordcornexch last night. They are a credit to their units and service.” 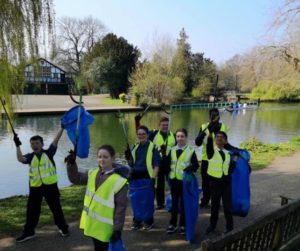 The Bedford Sea Cadets and Royal Marines Cadets have recently taken part in a Bedford River Clean Up and will be helping out at the Bedford Race for Life event in June.

These Sea Cadets are currently raising funds for a WW1 visit the Menin Gate. They received a donation from the Harriers Half Marathon event that they helped out at and are looking for more donations. If you’d like to help the cadets reach their funding target, please speak to Officer in Charge Lt (SCC) Sally Smith RNR via the Facebook page of the @Bedfordseacadets.

The Royal Marines Cadet detachment is in urgent need of adults to teach and train the cadets. Please help the cadets avert the closing down of their unit by committing some time each week to becoming an instructor. Military experience, although advantageous, isn’t required.