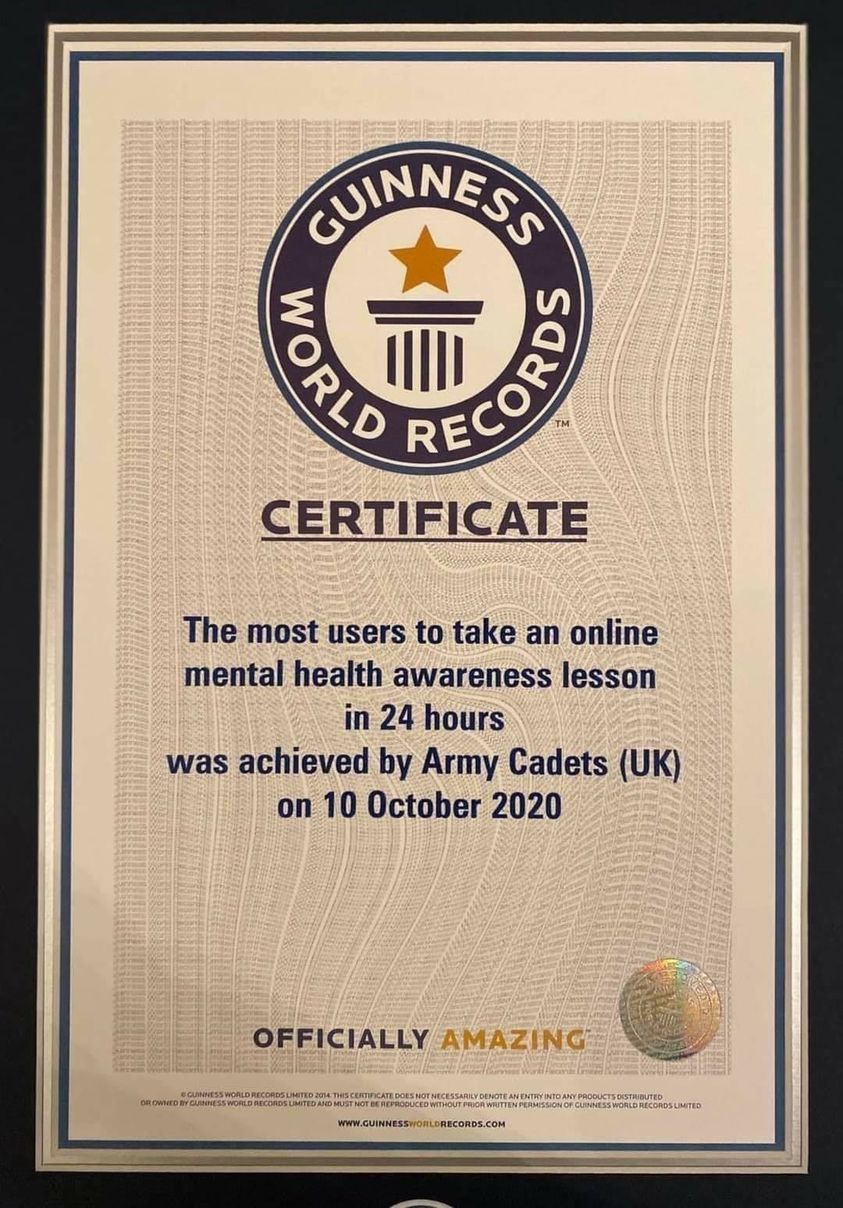 The Army Cadet Force set out to achieve a world record for the most users to take an online mental health awareness lesson in 24 hours.

1,622 adult volunteers and cadets took part in a Guinness World Record attempt, for the greatest number of people to complete an online mental health course.

From Beds & Herts ACF, 36 CFAV’s and 7 Cadets took part to become World record-holders. 7 adult instructors from Essex ACF and 1 cadet took part. All those who took part will receive a certificate and medal in the near future. World record aside, the aim of the course is to educate and raise the participant’s knowledge, especially during these testing times.

This year has seen a huge push for mental health awareness, and although society continues to make great progress in the awareness and understanding, there is still further to go.

Well done to those who took the time to take part and are now part of  ACF history!