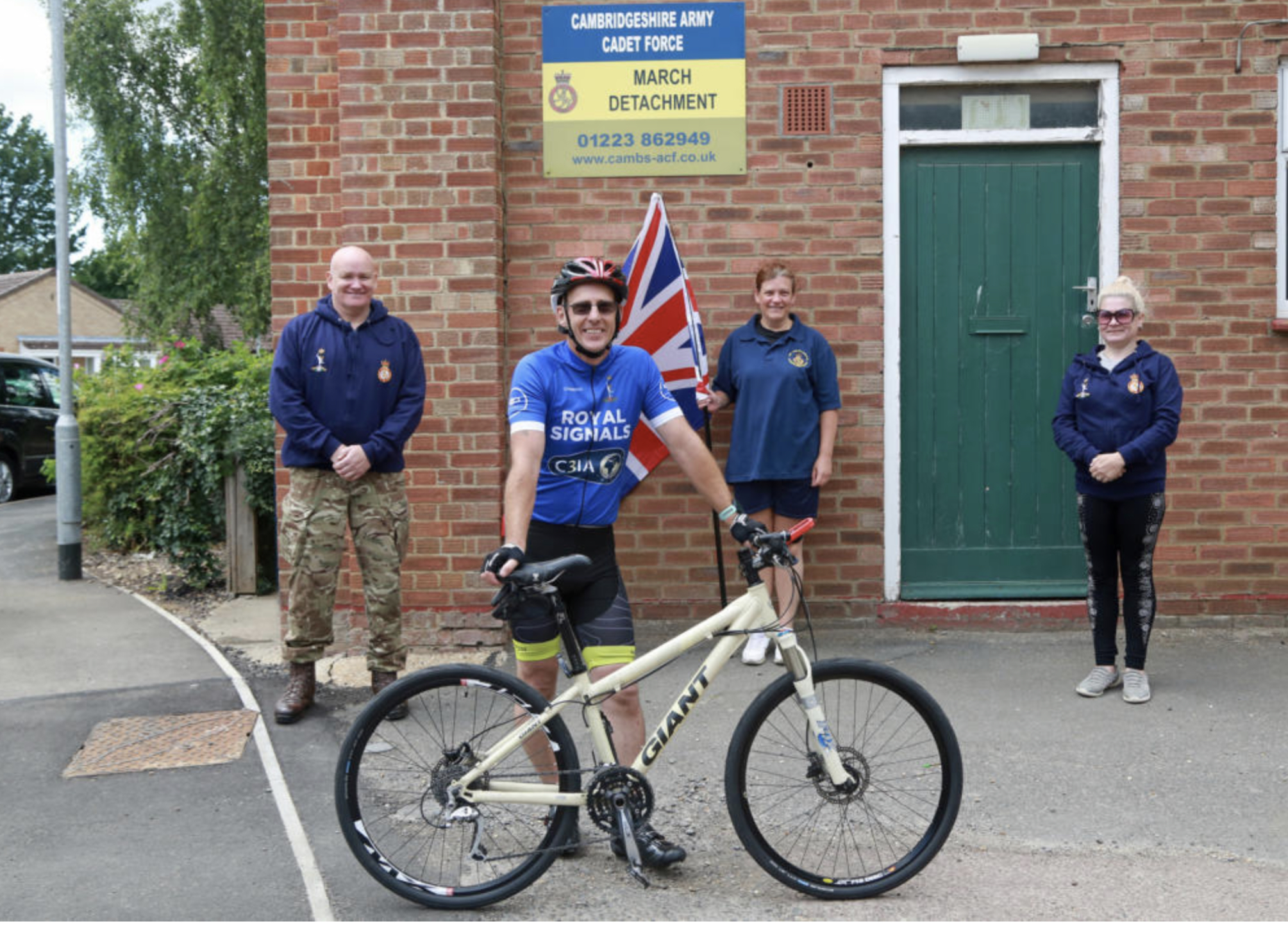 Lloyd Lester, a sergeant instructor in the Cambridgeshire Army Cadet Force, completed a 100 mile walk, cycle and run to raise money for a young girl with brain cancer and her family to have a holiday, and to raise money for the Royal Signals Charity.

Lloyd served as a reservist with the Royal Corps of Signals, so he wanted to help commemorate the centenary of the creation of that Regiment. He has run half marathons, is used to long cycle rides and keeps physically fit. The Royal Signals Charity helps veterans of the Royal Corps of Signals and their families, and SI Lester wanted to support them as a veteran himself.

Lloyd’s colleague Sgt. Lena Rowlands told him about eight year old Isla, a little girl with brain cancer who is about to undergo chemotherapy. Lloyd hopes that the money he raises with his 100-mile challenge will help her family and enable them to have a holiday.

On Sunday 28th June, Lloyd set off at 7am to visit all nine 1 company Cambridgeshire Army Cadet detachments by cycling and tabbing (walking at a fast pace with heavy pack) in a single day, a distance of more than one hundred miles. 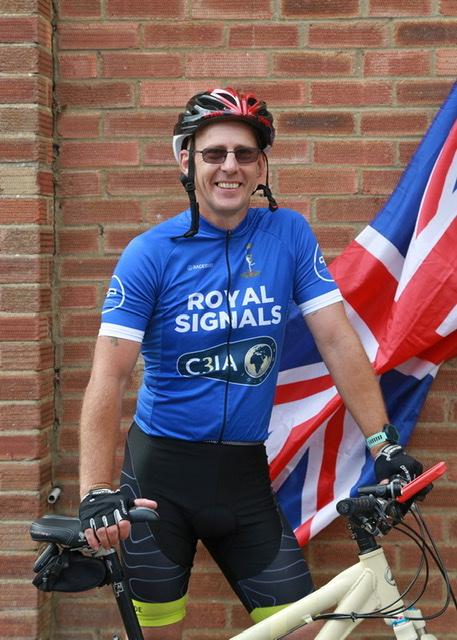 Starting at Yaxley, he tabbed with 42lb weight to Fletton (4.3 miles), stopping at the Cenotaph in Peterborough to pay his respects and mark Armed Forces week. He then tabbed to Walton/Talavera (2.8 miles) and rode to Wisbech (32.5 miles) and March (23.9 miles) then onto Chatteris (6.9 miles) Ramsey (12.7 miles) Whittlesey (10.2 miles) and rode to Facet and then ran onto Yaxley (10.2 miles in total).

His support team travelled in a car and included Staff Sergeant Rob Silveri, Sergeant Major Vince Moody and Cadet Corporal Pheonix Hart. He carried a three litre water pack and bottles of Lucozade, and kept up his energy by eating pasta (with bacon and salt) and Kendal Mint Cake.

At March detachment he had a surprise meeting with 1 Company OC Major Deacon who had come along to show her support and ride with him to Chatteris. Lloyd’s commanding officer, Major Lesley Deacon, said; ‘Today I had the privilege to support one of my adult volunteers, Sgt. Lloyd Lester, on his epic 100 mile round trip of all the detachments in 1 Company.  He completed this tabbing, walking and running in just under 12 hours. The cadets, parents and adult instructors of 1 company are so proud of his achievement. Well done!’

The Royal Corps of Signals said: “The Corps have been overwhelmed with stories of people who have gone the extra mile to help celebrate our centenary while raising money for the Royal Signals Charity.  One person in particular who has gone above and beyond is Lloyd Lester who completed over 100 miles in 12 hours by tabbing, running and cycling between nine detachments to raise money toward cancer treatment for 8 year old Isla from Doddington, in addition to the Royal Signals Charity.  It is this dedication and commitment that has been an inspiration to everyone and we are grateful to have people like this in our Corps family.’

On completing the challenge, Lloyd was welcomed with a great deal of applause by a group of well-wishers at Yaxley detachment, a greeting which he said was ‘amazing’ and he would never forget. To date, he looks set to raise more than £1,000 and invites further donations on his justgiving page.