You are here: Home > Public News > British Army host evening reception for the people of Norfolk
◄Back to News

British Army host evening reception for the people of Norfolk 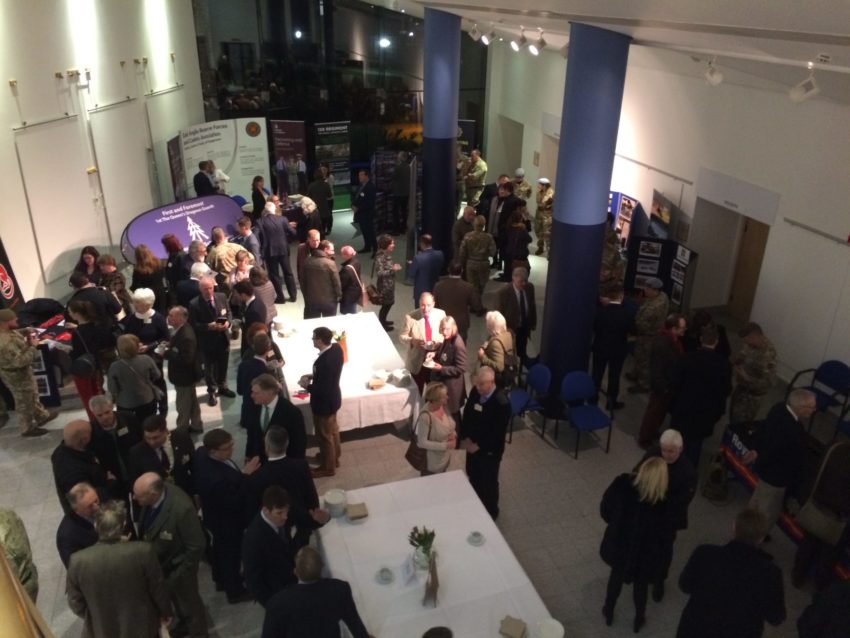 The most recent Army Engagement Group event welcomed nearly 200 members of the general public to the John Innes Centre in Norfolk.

The Army Engagement Group (AEG) tours the country engaging with a wide variety of people to give them a greater understanding of the British Army; who they are, what they do and how they contribute to society. The Army’s flagship multi-media presentation was delivered to a packed auditorium and the audience were given an opportunity to pose questions to senior military personnel. 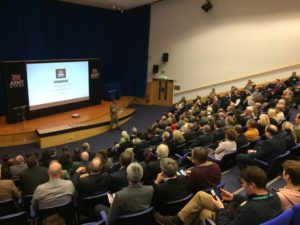 During the evening reception, local employers, charities, community and faith leaders had the opportunity to meet soldiers and ask questions in a more informal setting. Alongside 7th Infantry Brigade, an array of our local units were present including 158 Regiment RLC, 254 Medical Regiment, 6 Army Air Corps and 3 Royal Anglian. 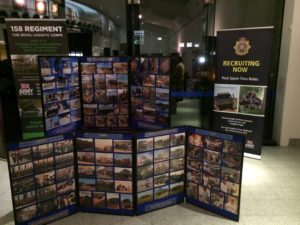 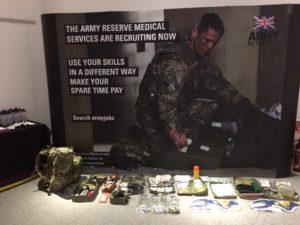 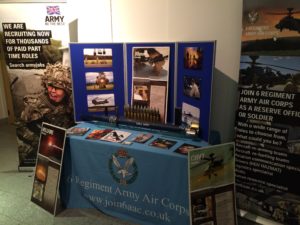 East Anglia RFCA attended in order to encourage local businesses to sign the Armed Forces Covenant; a promise from the nation that those who serve or have served in the Armed Forces, and their families, are treated fairly. Our stand was incredibly busy with many organisations and businesses keen to find out how they could support Defence via the Ministry of Defence’s Employer Recognition Scheme. 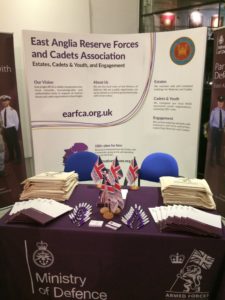