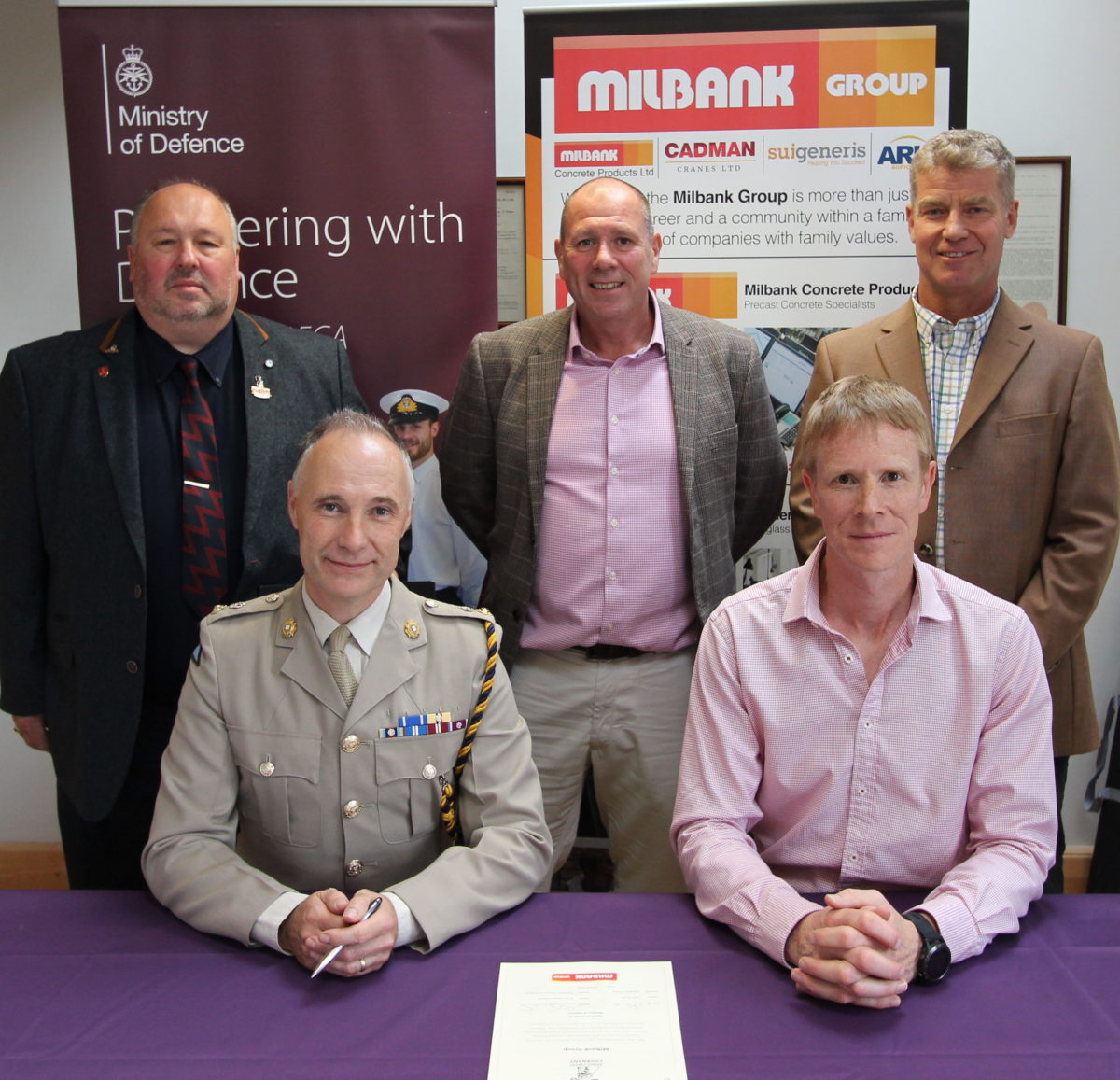 The Armed Forces Covenant is a promise from the nation ensuring that those who serve or who have served in the Armed Forces, and their families, are treated fairly. To date over 3,000 organisations have signed the Covenant, including businesses and charities of all sizes.

The Milbank Group is a privately owned investment company comprising of four businesses and employing over 250 people. Their businesses are Sui Generis International, Cadman Cranes, ARK Agriculture and Milbank Concrete Products which signed the Armed Forces Covenant in 2017.

Philip Maxwell, the Operations Manager for Milbank Concrete Products is also the Armed Forces Champion for the Group.

Philip served in the Army for 23 years and has worked for Milbank Concrete Products for the past 5 years.

He and some of his colleagues who are also veterans were present at the signing of the Group’s Armed Forces covenant pledge, to reinforce the company’s commitment to supporting the Armed Forces community.

Andy Mayne joined the Army at 16 for five years then joined Milbank Concrete Products as a crane driver. He is now Group Managing Director. Andy said that the Army taught him to grow up correctly and gave him the confidence and integrity that he has often drawn on as his career developed.

Andy added: “Military personnel have demonstrated many times their exceptional work ethos as well as valuable skills they have picked up during their time serving. The shared core values of the Military and Milbank are very important to us and our culture.”

Andy and his team tailored their Armed Forces Covenant pledge to reflect the measures they are able to put in place to support Defence people; something which every business is encouraged to do. They included several commitments in their pledge that go over and above the minimum expectations for businesses. They committed to:

For  Armed Forces Day, the Milbank group raised money for SSAFA with an in-house coffee morning. Their full pledge is available on their website here.

Regional Employer Engagement Director, Kristina Carrington assisted the company in tailoring their pledge and arranging for Lt Col Caldwell to co-sign it in person. Kristina said: “I’m delighted to welcome the Milbank group to the growing community of employers who have signed the Armed Forces Covenant. This is a great way for businesses to publicly declare their support to Defence personnel and I invite every employer to consider making the pledge.”

If you and your company would like to learn more about the Armed Forces Covenant, please get in touch with Kristina at ea-empsp@rfca.mod.uk