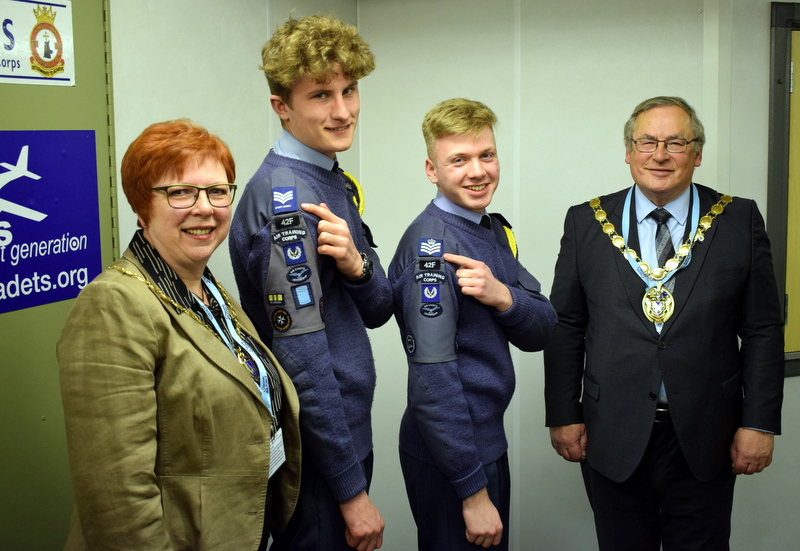 The Mayor, accompanied by his wife, Mayoress Cheryl Daubney visited the classrooms observing the cadets studying a number of aviation based subjects. 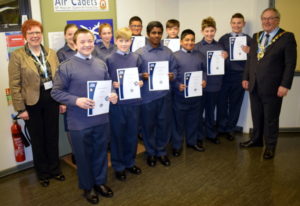 The squadron’s recently formed drum corps was practising outside. Hearing them play, he persuaded the Squadron’s Commanding Officer, Flight Lieutenant Pauline Petch, to allow them to participate in the town’s forthcoming colourful Hanse Festival. The festival celebrates King’s Lynn’s membership of the international Hanseatic League for which Mr. Daubney is the English Commissioner. 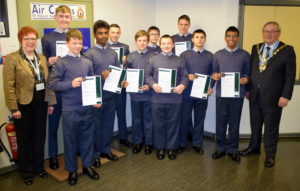 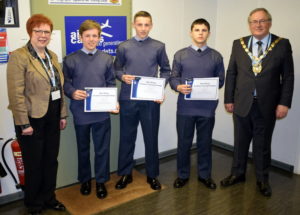 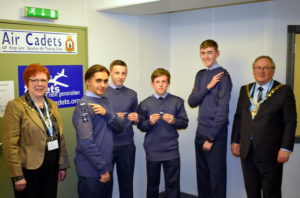 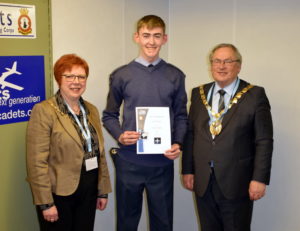 Six cadets were promoted and the Mayor presented the cadets with their new rank slides.

Mr. Daubney told the cadets: “As Mayor I am speaking on behalf of the Town and Borough as a whole when I say that King’s Lynn Air Cadets are held in high regard for the way in which you support the community.” 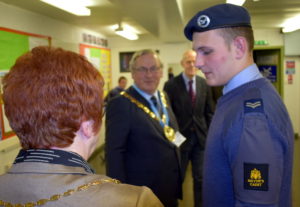 Each year the Mayor’s Cadet is appointed, and this year the honour is Corporal Mayes’, who greeted the Mayor and Mayoress and assisted them during their visit.

Featured image: Sergeant Pink and Flight Sergeant White with the Mayor and Mayoress.