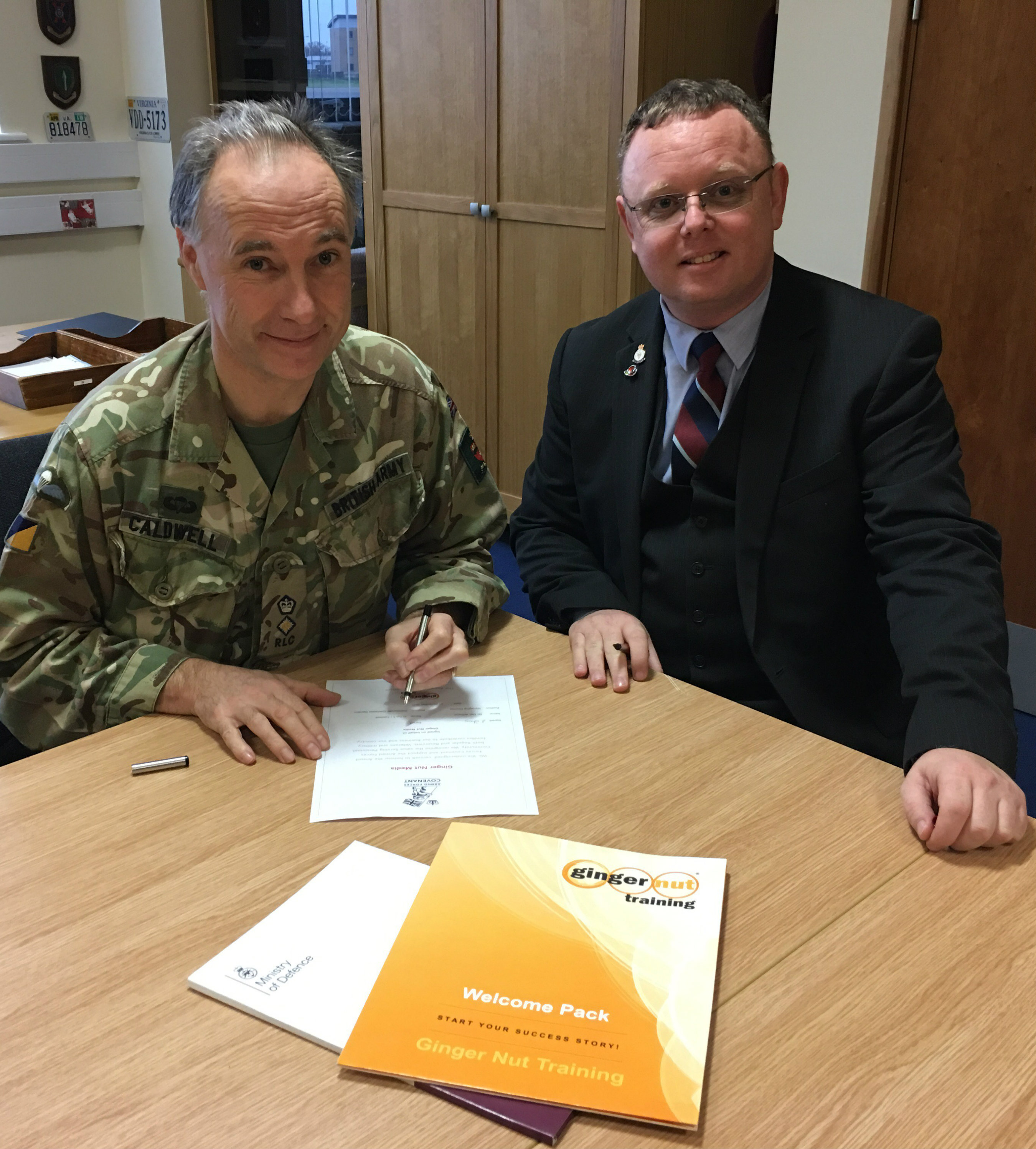 Ginger Nut Media is a digital marketing company helping both small, medium and large companies reach new audiences through digital channels.  Ginger Nut also offer courses through Ginger Nut Training.  These courses are offered to those leaving the military as well as those already in civilian life, enhancing their skill set allowing them to get better employment along with better remuneration. The courses on offer include business administration, team leadership and digital marketing.

“It has been a great honour and privilege to represent not only my country but now in a civilian capacity representing Ginger Nut Media as we take this pledge and oath today.  We’re incredibly proud and delighted to be given the great honour to sign up to the Covenant. We are based in a Garrison town and only a few minutes drive from Merville Barracks, so we would like to increase the number of opportunities available to ex-military personnel either at Ginger Nut Media or via our Ginger Nut Training division, demonstrating our commitment to being an armed-forces friendly company.

We strongly believe it is our duty to help and support not only those who are on reserve duty and those still serving their country but also those who have left the armed forces to try and get employment, additional training and return to civilian life assistance.”

“This is a great way for businesses and organisations to publicly declare their support to Defence personnel and I’m delighted Ginger Nut Media have joined the other nearly 2000 employers across the country.”