The Scheme recognises support given to the full spectrum of Defence personnel including reservists, veterans, wounded injured and sick, spouses and Cadet Force adult volunteers.

Representatives from all ten companies joined guests at the ERS Silver Awards ceremony at Emmanuel College in Cambridge. 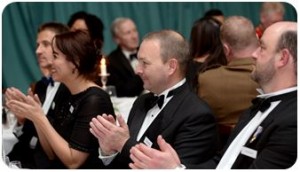 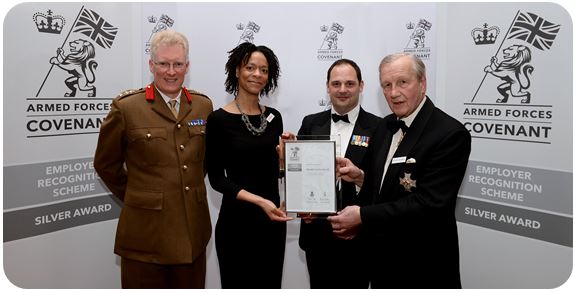 The Deputy Commander of 7 Infantry Brigade and HQ East and HM Lord Lieutenant of Cambridgeshire with Israil Bryan and Chris Good from Skanska Construction. 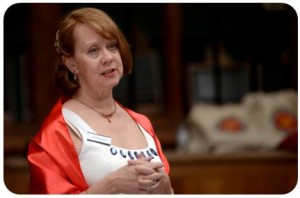 Kristina Carrington, Regional Employer Engagement Director for the East Anglia RFCA said: “Any business, no matter its size or industry, can seek to be recognised for the support they give Defence personnel. I invite businesses to get in touch to find out how they can demonstrate their support.”

The ERS Silver Awards caught the eye of the local media, with coverage by the East Anglia Daily Times and Bedfordshire News, raising awareness of the Employer Recognition Scheme and promoting the businesses that hold an ERS Silver Award.

Download our ERS Silver Awards booklet to learn which companies received the Award this year and last year.