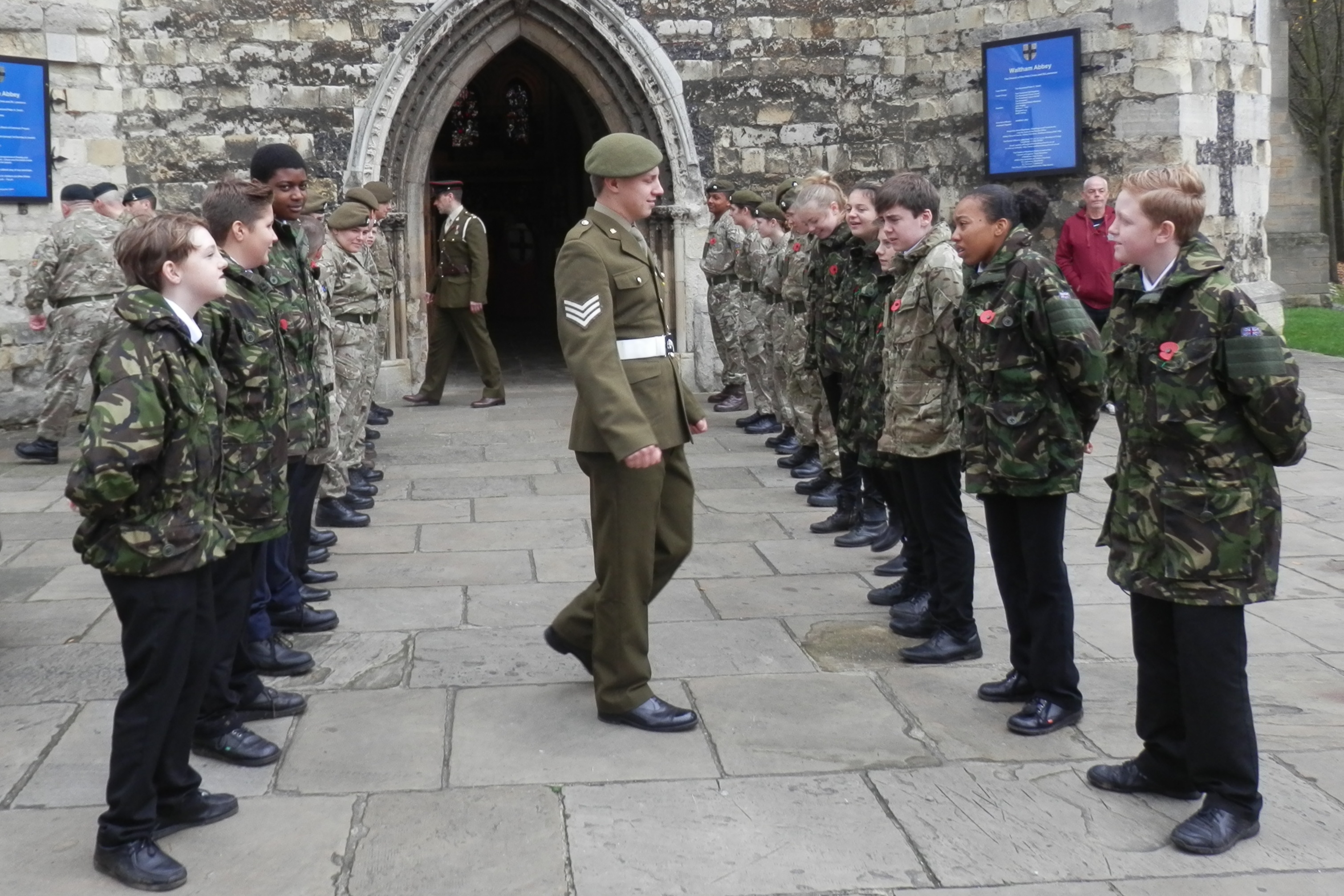 On Sunday 8th November the Bells of Waltham Abbey Church were rung half muffled for the Remembrance Day Service. This is an annual event with a parade by local Scouts, Cadets, ex-service personnel, local Mayors and other dignitaries. The names of all those who gave their lives, serving in both world wars are read from the town war memorial, which is housed inside the church. 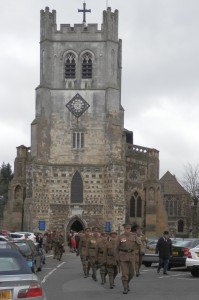 As the parade approached the church, the bells were ringing half muffled to mark the solemnity of the occasion. Like the parade, this happens every year, but this year new muffles were being used on the bells. The old muffles had seen many years’ service and were beginning to disintegrate. It is possible that they were as old as the bells, which were installed soon after the start of World War I.

The decision to replace the muffles was partly due to their state of repair and partly in anticipation of perhaps having to use two sets of muffles within the foreseeable future, in order to ring fully muffled. The Central Council of Church Bell Ringers Guidelines for Commemorative Ringing states that fully muffled ringing is very rare and should be undertaken, if at all, only on the death of the sovereign or of someone of outstanding local importance. 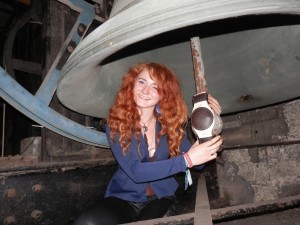 Fortunately the saddlery department of Cordwainers College is situated near Waltham Abbey at Capel Manor College. Having approached tutor, Line Hansens about the possibility of a student wanting to take on the new muffles as a project, we were contacted by Shelley Musker Turner. Shelley took on the task and produced a well-crafted and attractive set of 13 muffles. Although Waltham Abbey has a ring of 12 bells, there is an additional semitone bell, explaining the extra muffle.

Shelley, not only made the muffles and helped to fit them for their first use, she also tried her hand at ringing. As well as her leathercraft training, Shelley is a harpist. We hope to encourage her to continue to learn to ring, to add to her other skills.