You are here: Home > Public News > Air Cadets Grob the opportunity to fly
◄Back to News 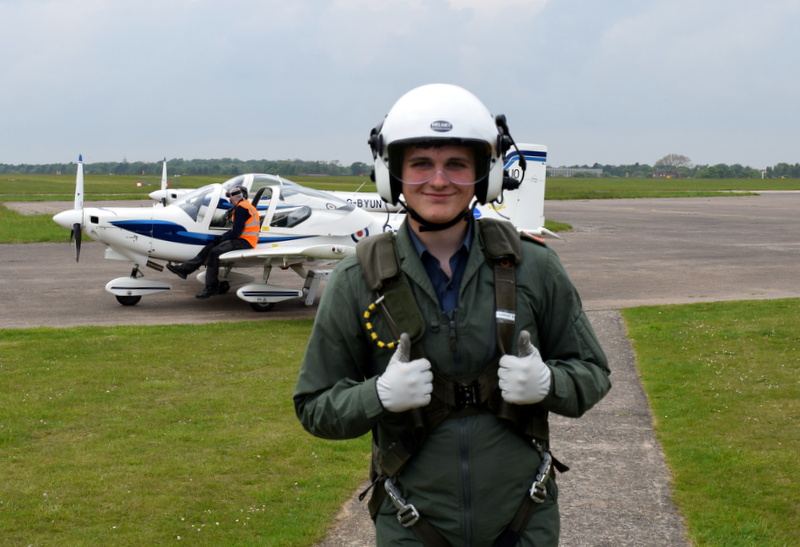 Four Air Cadets from King’s Lynn made a 100-mile round-trip to fly a Grob G 115 at RAF Cranwell on Saturday 18th May.

The cadets flew in the duel-controlled Grob Tutor light aircraft, widely used for flight training. For three of the cadets, Cdt Bramham and sisters Cdt’s Sambaryte and Sambaryte this was their first experience of flight in one of 7 AEF’s light aircraft. The Air Cadets have the opportunity to experience flying and, if they wish, take control of the aircraft. 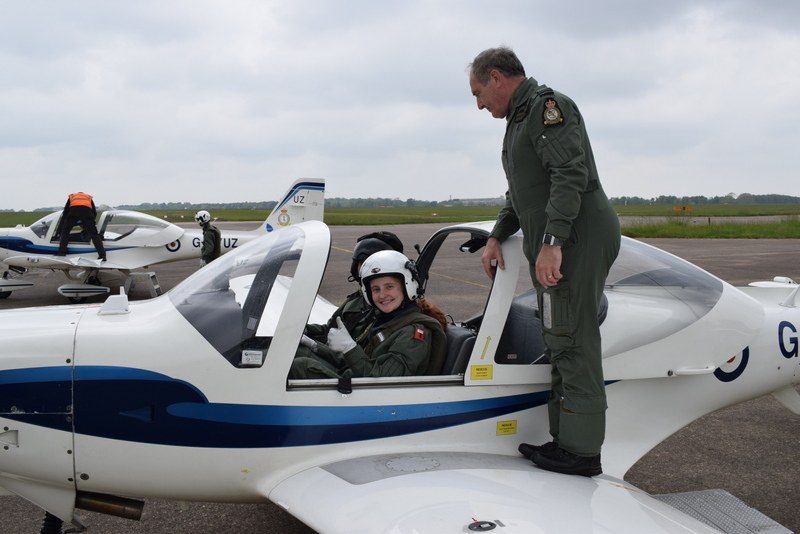 They each had twenty minutes of flight-time above the rolling Lincolnshire countryside. The 4th King’s Lynn Air Cadet who made the trip, Cdt Corporal Mayes, was able to reacquaint himself with the controls of a Grob Tutor as this was the second time he had been airborne in one.

The King’s Lynn Air Cadets were part of a larger group of Air Cadets flying that day, coming from other Norfolk and Suffolk Wing squadrons. Although the weather that day was not perfect, all the Cadets managed to have their time in the air.