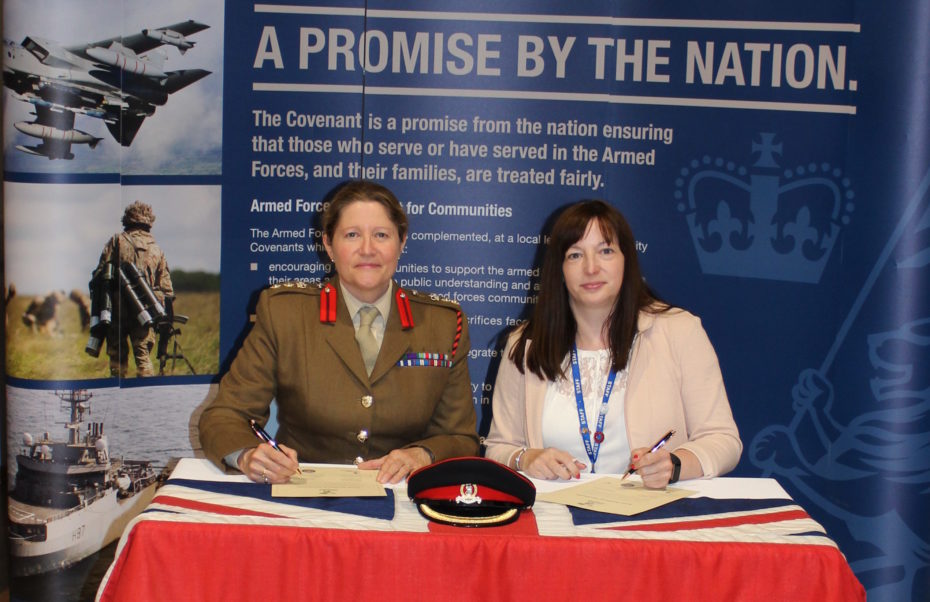 At the beginning of July, the Academy Transformation Trust (ATT) and all 22 of their member Academies each signed the Armed Forces Covenant.

At an event hosted by The Queen Elizabeth Academy in Warwickshire,  signatories came from ATT schools in the West Midlands, East Midlands and East Anglia.

The West Midland RFCA’s Engagement Team led on the organisation of this event alongside members of staff at the local Bristnall Hall Academy, whose Principal Vince Green was influential in getting ATT and its 22 Academies to sign the Armed Forces Covenant, demonstrating their commitment to and advocacy of the Covenant.

Debbie Clinton, CEO of Academy Transformation Trust commented “This is a momentous day for ATT. Our partnership with, and respect for, the spirit and intent of the Armed Forces Covenant is hugely important. We are immensely proud to be part of such a vital national initiative. We will go on to celebrate loudly our support for such a significant national movement.”

Her Majesty’s Lord Lieutenant for Warwickshire, Mr Tim Cox, attended this first of a kind event. He was accompanied by his Lord Lieutenant’s Cadet from the RAF Air Cadets, Cadet Flight Sergeant Lillian Marsh.

Kristina Carrington, Regional Employer Engagement Director at East Anglia RFCA said: “I look forward to working with the academies on their Partnering with Defence journey.”

The Armed Forces Covenant is a promise by the nation ensuring that those who serve or who have served in the Armed Forces, and their families, are treated fairly.  The ATT and its member Academies have all committed pledges to demonstrate their support to the Armed Forces community, and to the principles of Covenant. 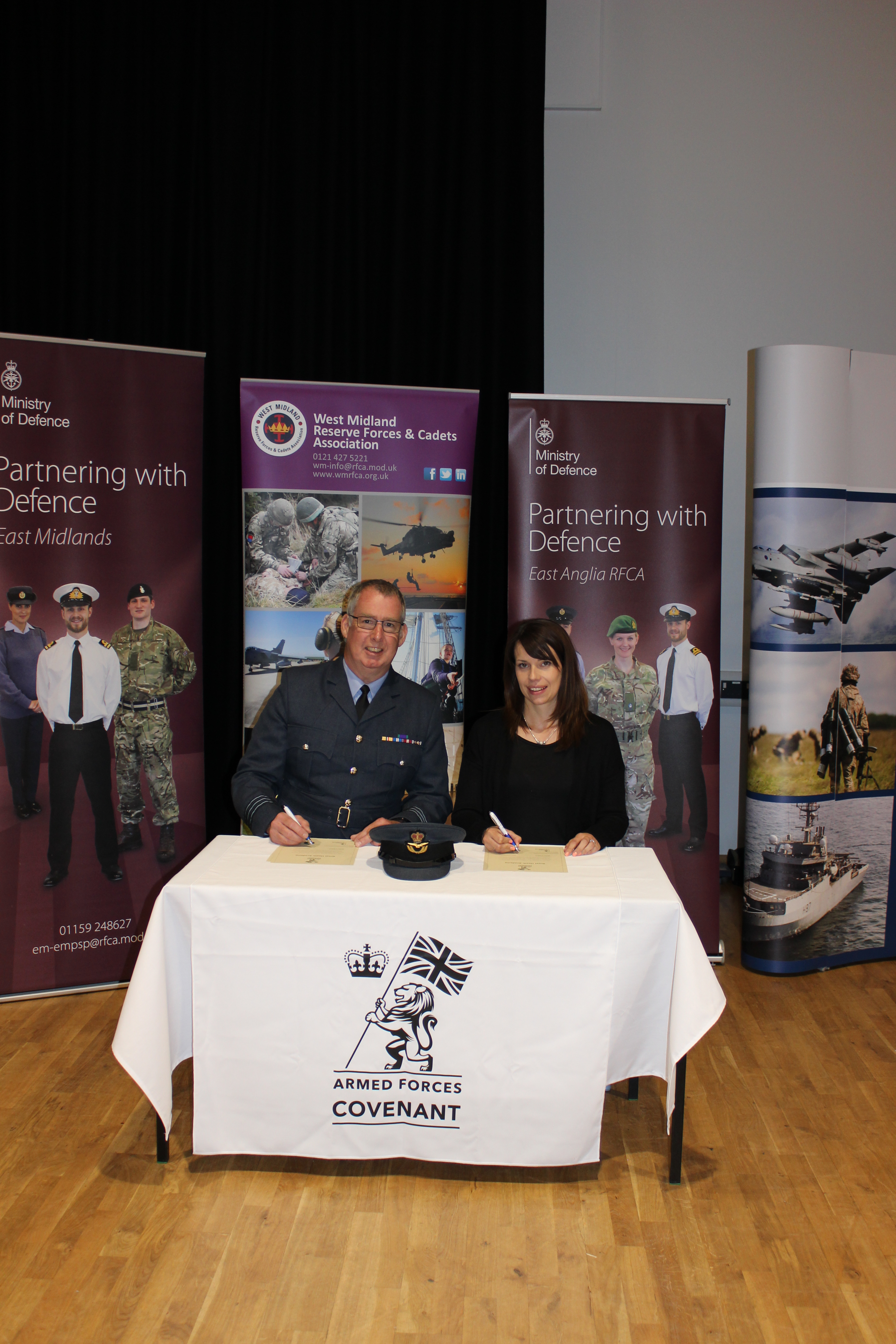 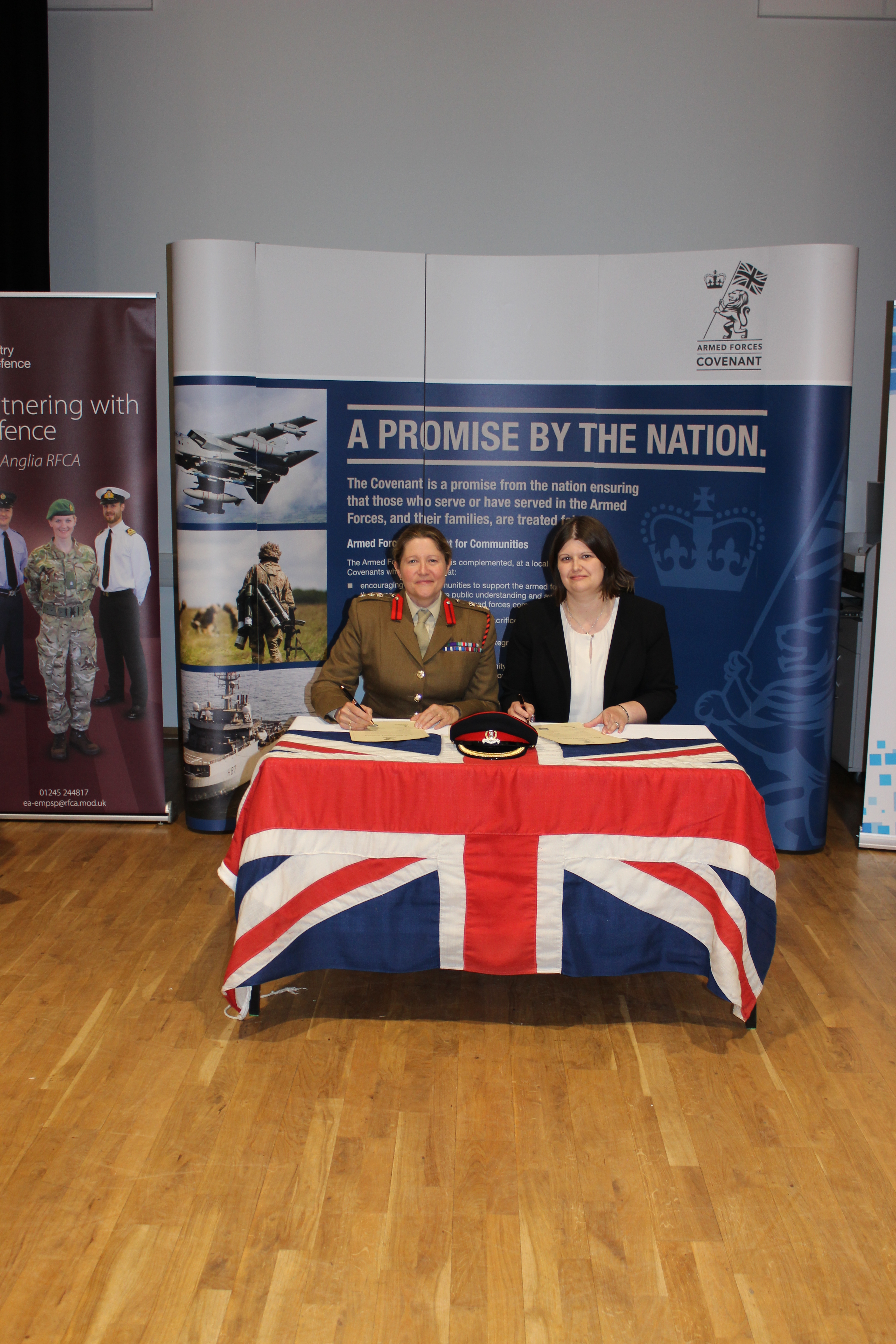 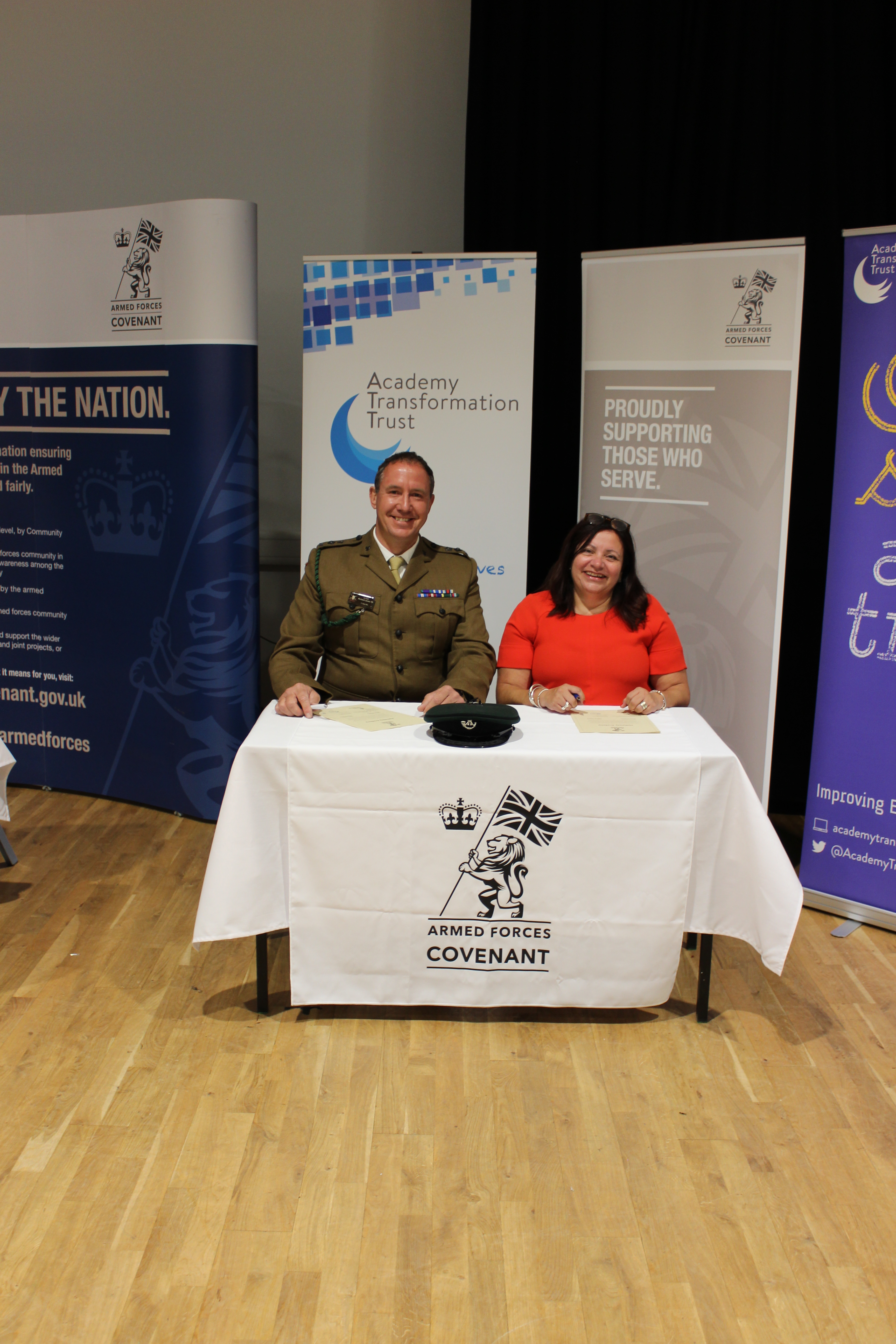 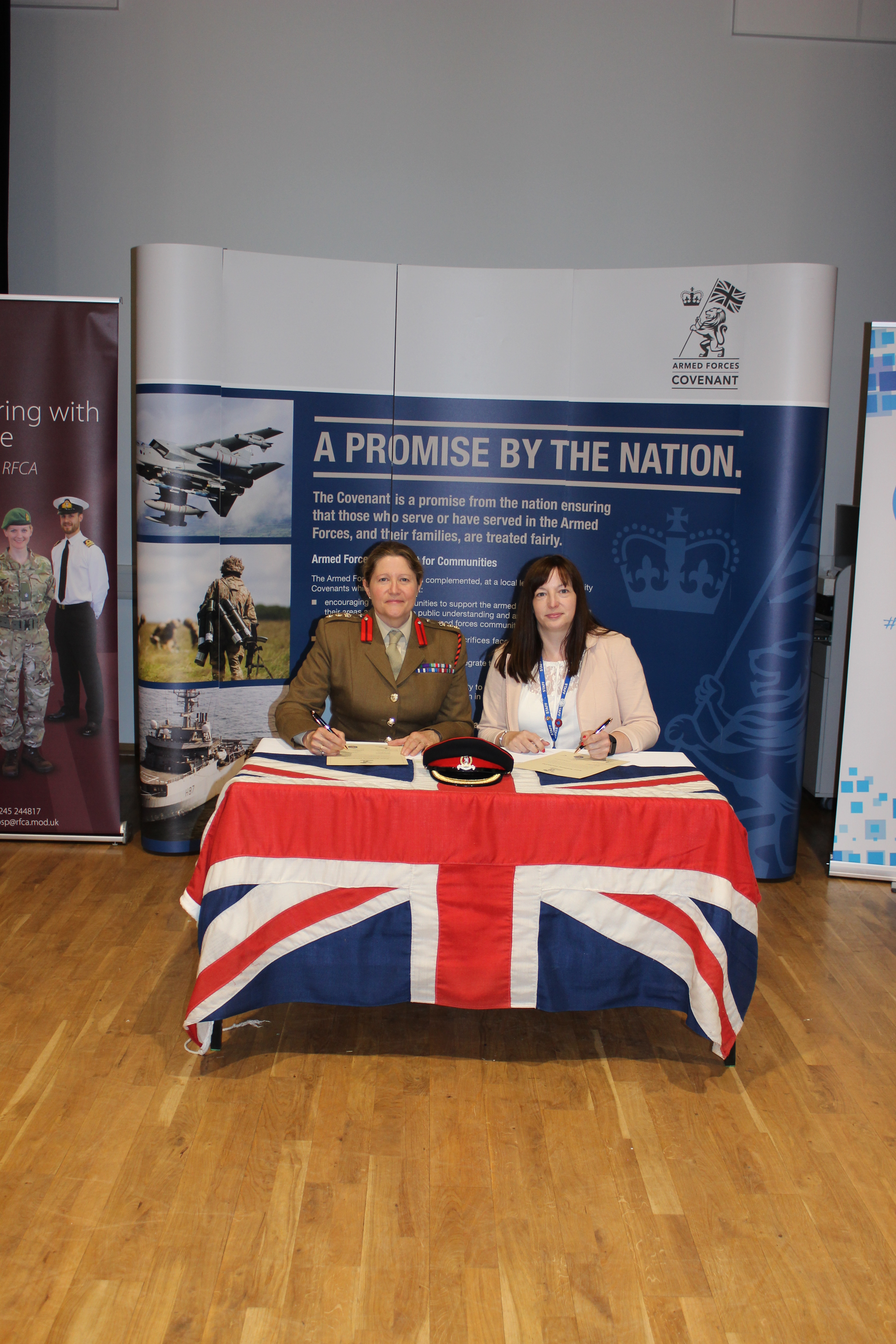 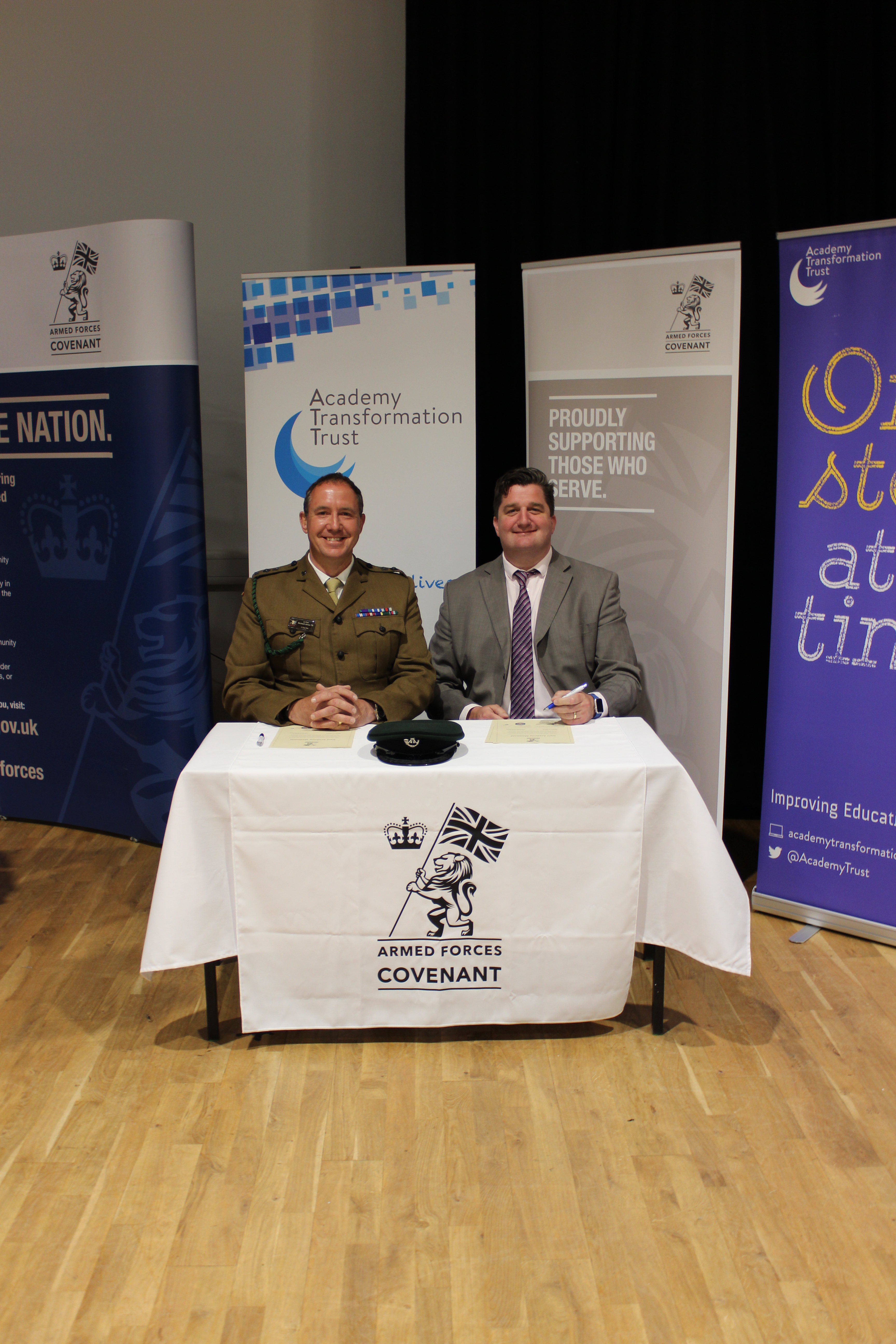 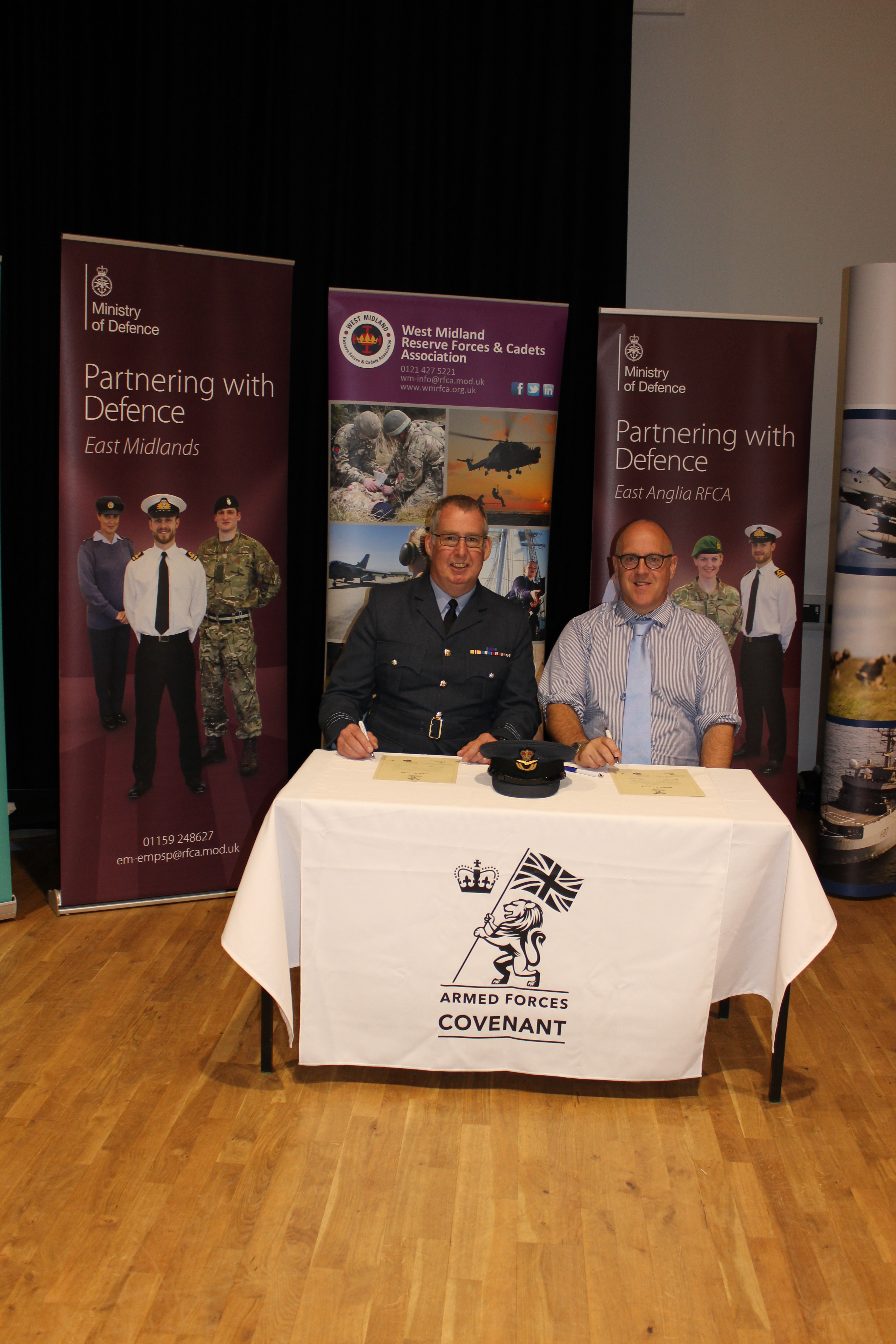 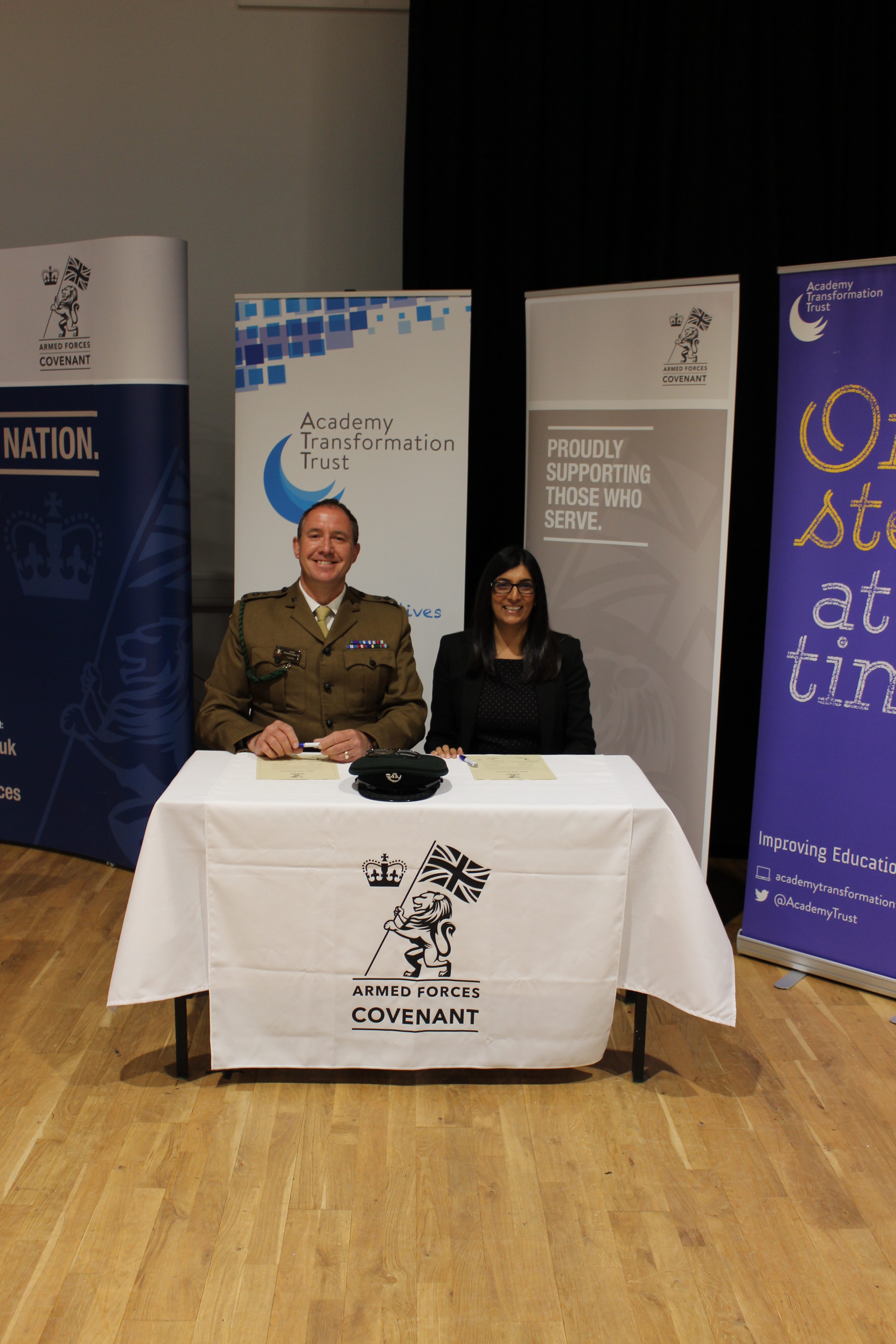 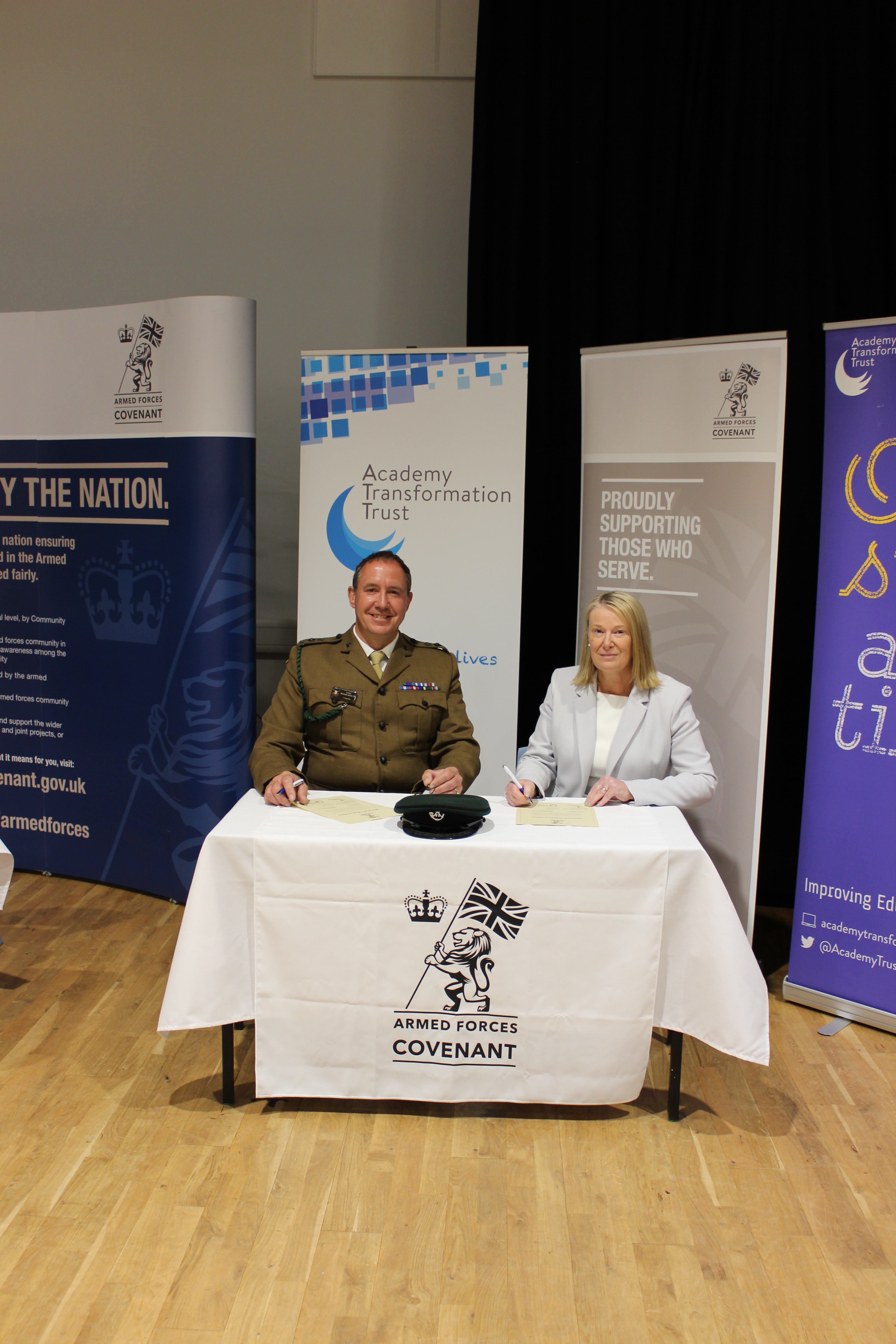 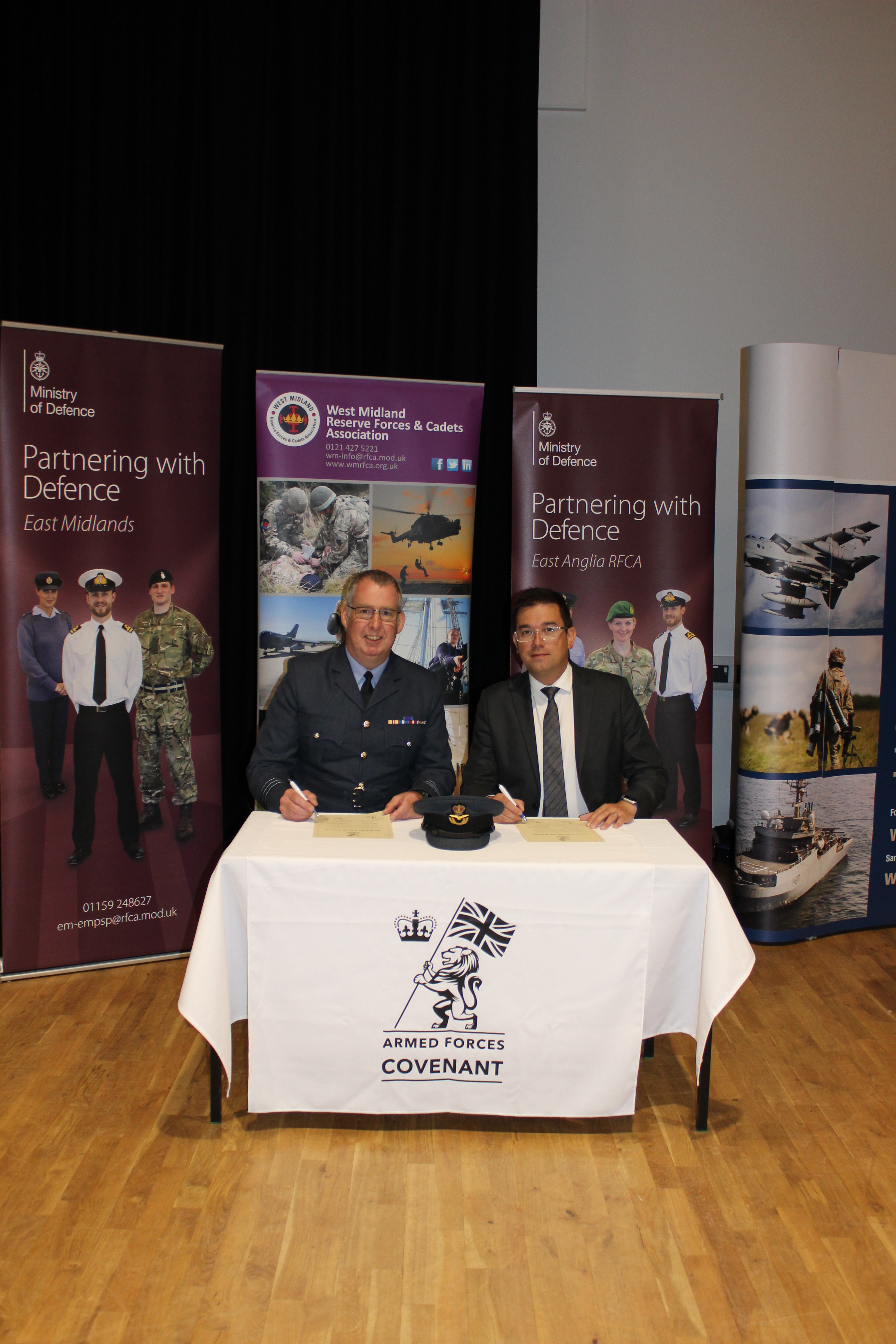 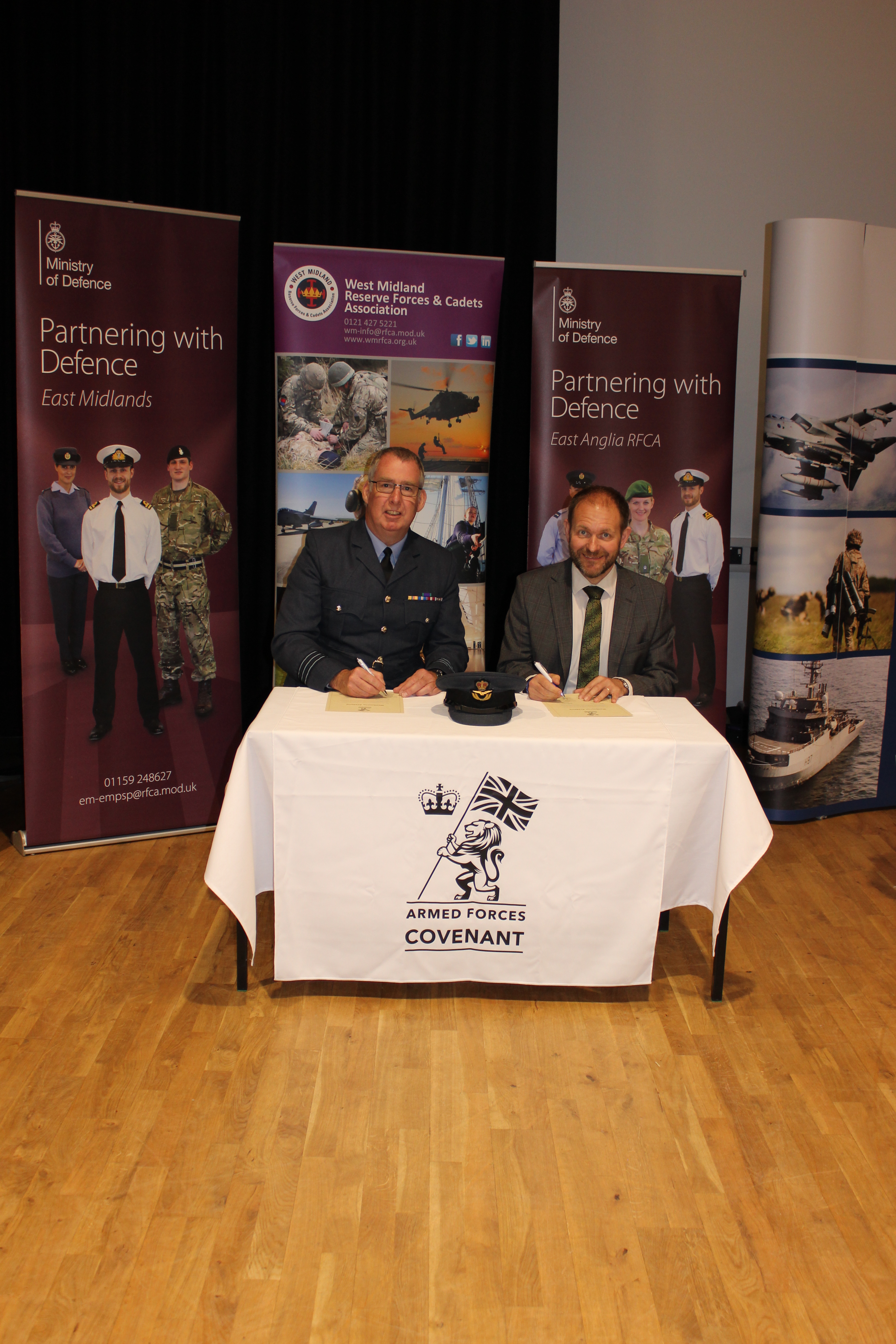 The Academy Transformation Trust is a multi-academy trust of 22 primary and secondary academies based in the Midlands, East of England and East Anglia. Their vision is to ensure that all children and young people, regardless of their background, fulfil their educational potential and maximise their life chances.  ATT are committed to working inclusively within their communities, embracing the varied localities they serve and are committed to honouring the Armed Forces Covenant and supporting our Armed Forces community. The member Academies of the Trust in East Anglia are: