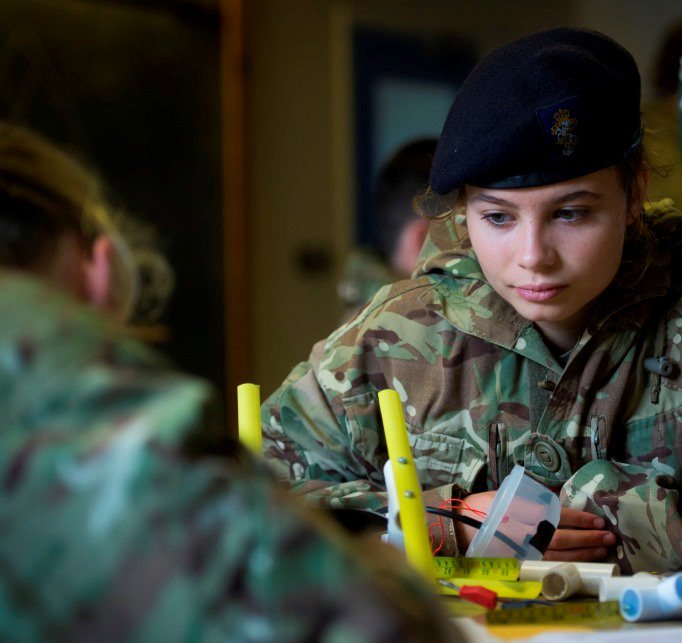 For Women in Engineering Day 2018, 150 female Army cadets from the East Midlands and East Anglia assembled at the British Army’s 7th Infantry Brigade barracks in Nottingham for a 3-day event to showcase the career opportunities available in engineering.

The Army Cadets, aged 12 to 18, were given an insight into the trades, capabilities and opportunities available to those that pursue a career in engineering. 7 Royal Engineers Squadrons each led an activity area, bringing to life how they apply engineering in their Army jobs.

Split into small groups, the girls rotated through interactive and dynamic activities over the course of the weekend. Bomb search and disposal exercises are just one example of the exciting applications of engineering in an Army context that the girls were able to experience.

The cadets got involved in bridge building, a STEM (Science, Technology, Engineering and Maths) challenge, navigating through an obstacle course, solving a water filtration problem and other fun and challenging activities.

Hazel Hanson,13, from Bedfordshire and Hertfordshire Army Cadet Force (ACF) said, “I’ve enjoyed everything. We were shown a list of jobs that were involved in engineering and I didn’t even know that half of them could be brought into engineering.” 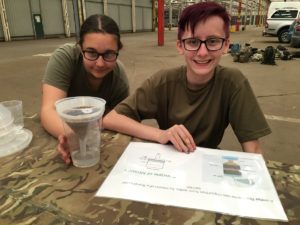 The girls were also given a chance to hear from the engineers who had guided them through the weekend’s activities, and the engineering principles they’d explored in practice were reinforced with theory in a series of short presentations. and ask questions

The weekend was organised by Sergeant Kate Dunscombe (pictured left), an Army Reservist in 65 Works Group Royal Engineers, part of 170 (Infrastructure Support) Engineer Group. Kate works as a Signalling Systems Trainer for London Underground in civilian life and has also been an Army Cadet Force volunteer for twelve years. 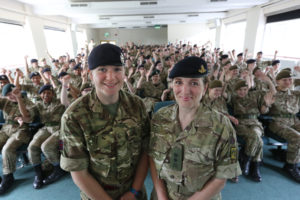 “The aim was to put females in the spotlight”,  said Kate, “I wanted to show the wide range of exciting careers the Army offers in engineering so that the girls had a greater understanding of the opportunities available and could be inspired by what appealed to them.”